A taste of home in faraway Borneo. 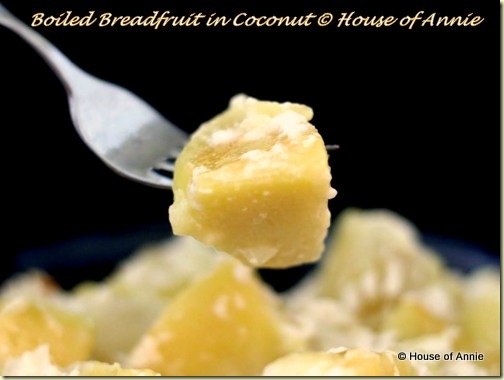 Breadfruit is a fruit in the Artocarpus genus, so it is related to jackfruit and buah tarap but the flesh is very starchy and not at all sweet like its cousins. With origins in Papua New Guinea, it is cultivated and eaten in tropical regions all over the world, from Southeast Asia, to the Indian Ocean, to the Caribbean, to Central America, to the Pacific Islands.

I have a taste memory going back to my younger days in Hawaii, when I attended a joint fellowship between my Chinese church congregation and a Samoan church congregation. Among the multitude of dishes served, I fondly recall a dish of breadfruit served in coconut milk. It was new to me, but so delightful, I kept going back for more.

I have seen breadfruit trees growing here in Kuching, and even seen some laden with fruit. But none were within easy reach for me. So I was happy to find some freshly picked breadfruit at our local market over the weekend. It was about the size of a big head of cabbage, and only cost a few ringgit, so I decided to buy it and try to make that dish that I had enjoyed so much. 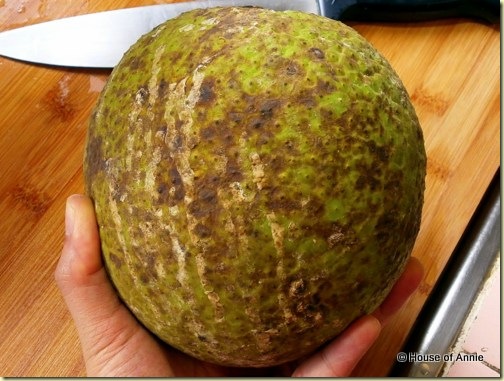 A quick Google search led me to this recipe from a blog about Samoan cooking. The descriptions and pictures were very helpful and I only wish the author had continued to post such recipes. Following her instructions, I prepared this dish of “fa’alifu ulu” the way she remembers her grandpa doing it.

First, you halve, and then quarter the ulu and then you cut out the core. Next you shave off the skin and then finally chop the breadfruit up into chunks. (I only used half the breadfruit.) Place the chunks in a pot and cover with water, then bring to a boil. Lower the heat and simmer for 15 minutes until the breadfruit is fork-tender.

Cutting, Skinning, and Boiling the Breadfruit 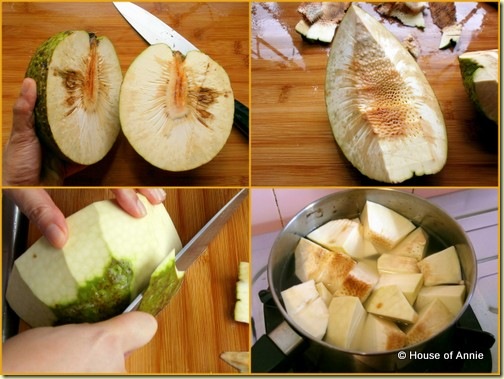 It sounded weird, but she said it was to incorporate the flavor of the onions into the milk, at the same time salting it to perfection. I used about a tablespoon of Hawaiian sea salt. 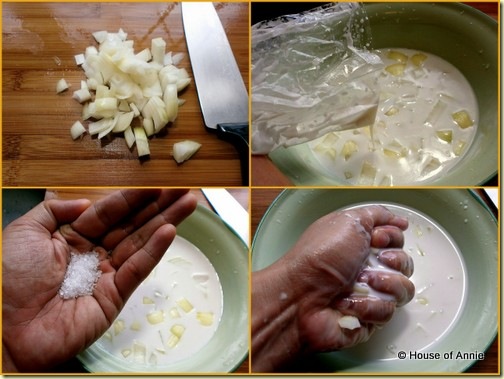 When the breadfruit was fork-tender, I turned the heat off and drained it. Then I added the coconut milk and onion mixture to the pot and brought it to a boil. I turned it down to simmer for about 3 more minutes. 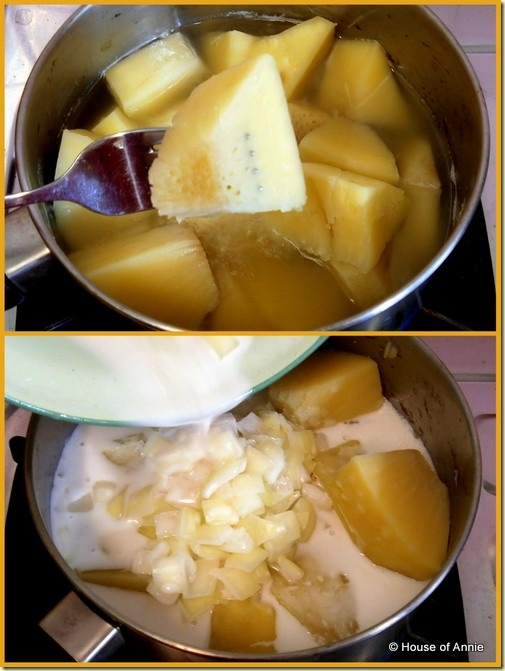 I think I let it boil at too high a temperature, because the coconut milk started to break and curdle. But once it was done and cooled off a bit, I had to take a bite.  I had it with some mashed sardines and shallots that we had leftover from another batch of our baked sardine buns – it was delicious!

The breadfruit taste was there, as well as the yummy coconut milk. But the onions also contributed their sweetness while the salt brought this savory-ness to round out the flavor. The boiled breadfruit had the texture of boiled potatoes and I could imagine substituting them for any staple starch like rice or potatoes or even taro.

I mentioned that I only used half the breadfruit in this preparation. That’s because I wanted to save the other half to do it the way Malaysians like to enjoy this fruit. Which I will cover in another post, coming soon!

I am entering this post in this week’s Weekend Herb Blogging roundup, organized by Haalo and hosted this week by Simona from Briciole