I’ve joined Annie in Kuala Lumpur on holiday for just a couple of days. Annie’s cousin has been graciously taking us around to makan (eat) at places around town. One place she said she must take me is Bad Ass Coffee Company of Hawaii because I’m Hawaiian (well, Hawaii-born at least). 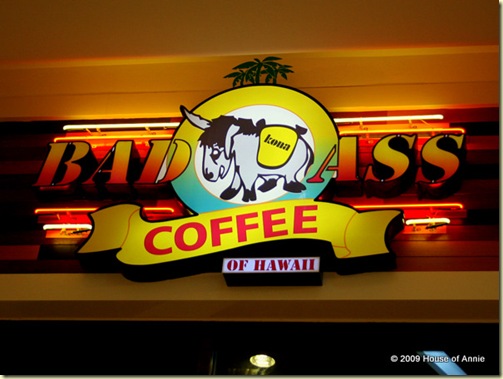 Bad Ass Coffee Company is located on the ground floor of the Tropicana City Mall, a newer mall in the SS22 area of Petaling Jaya. We showed up there around 4 PM on Friday afternoon. We couldn’t see too many patrons there at the time – just a table of young guys enjoying the free WiFi, and another couple sitting on tables outside the establishment. 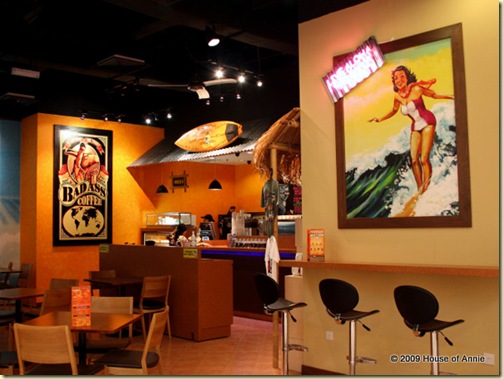 One thing we noticed right away was that they were playing Hawaiian music over their sound system. Not the hapa-haole, steel guitar, touristy muzak, but good, contemporary Hawaiian music by artists like Keali’i Reichel, Makaha Sons, and Amy Hanaiali’i Gilliom. Wow, I haven’t heard real Hawaiian music played at a restaurant since the last time we were in Hawai’i! Nice touch.

There were other touches of Hawaii evident in the ambiance of the restaurant, like the surfboard above the counter and the staff clad in Hawaiian print shirts greeting us with a hearty, “Aloha!” 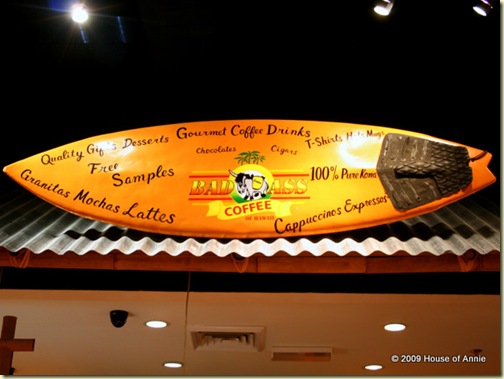 Still, this is a lone coffee shop in a mall that also boasts a Starbuck’s. What would make anyone want to come and have a cuppa joe here? Two words: Kona Coffee.

Coffee connoisseurs know that Kona coffee – coffee grown on the Kona side of the Big Island of Hawaii, is among the best tasting coffee in the world. Bad Ass Coffee Company sells two kinds of coffee, a “Kona blend” which contains only 10% beans from Kona mixed with other beans from Columbia and Brazil, and 100% Kona coffee. 100% Kona coffee is expensive, but after you’ve tasted it, you will understand why this coffee is so prized around the world. 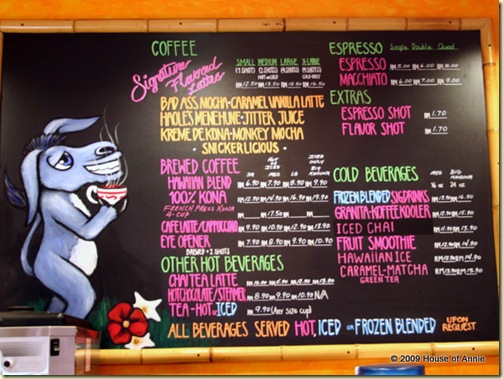 Besides your standard coffee preparations, they also have special flavored coffee concoctions that you can get either hot, iced, or blended. For non-coffee drinkers, they have fruit smoothies that are blended with milk, or “Hawaiian Ice” which is basically a fruit smoothie without the milk. (I was a bit disappointed to hear that, because I would have expected something more like a Hawaiian shaved ice.)

There’s a glass case to the side of the counter that contains various sweet desserts and pastries. Annie’s cousin wanted us to try their macadamia nut cream pie, which is a small pastry tart containing chopped macadamia nuts, and topped with a toasted meringue (but interestingly, no cream!). I opted for the passion fruit mousse. The mousse was delightfully tart, but a little dried out from sitting too long in the case. 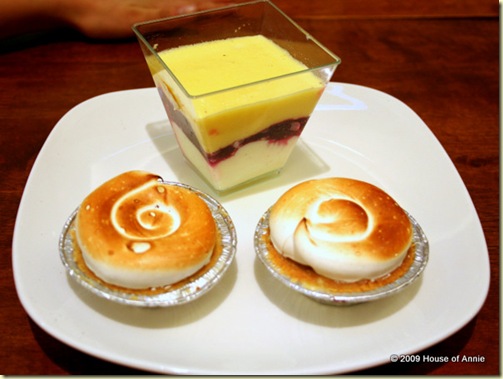 What was also interesting about this place was they had a kitchen that was serving hot entrees like “Hawaiian Pizza”, “Tom Yummy Spaghetti”, and “Lamb Pita Bread”. You don’t find many coffee shops with such an ambitious and varied menu. At least, not in Hawaii. 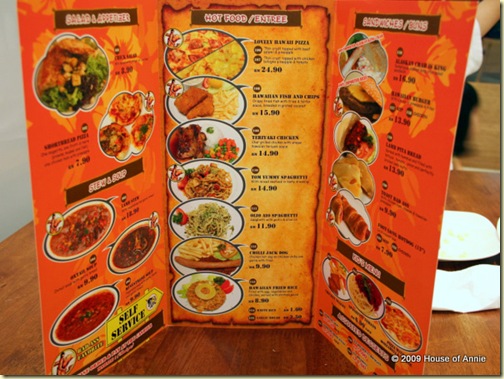 Daniel was enjoying the music, but he wanted to know if they could play the song “Ala Moana Annie” by Amy Hanaiali’i Gilliom over their system. I went up to the counter to ask, but the staff there said they didn’t know how to access the songs – the songs were played from the owner’s iPod plugged into their sound system. Then Annie’s cousin pointed out that the owner was actually sitting at another table there just outside the doors of the restaurant.

I went over to the table and asked if they had that song, explaining that I was from Hawaii, my wife’s name is Annie, and my son really likes this song. The owner said that he didn’t know if he had that song in his playlist. I thanked him and returned to our table.

A little later, the owner came over to talk to us. It turns out that he used to live in Hawaii, and graduated from the same alma mater – Hawaii Pacific University – as me and Annie’s cousin! He said that I was the first Hawaiian to visit his restaurant, so he wanted to meet me.

He also had one of his servers bring over a slice of cheesecake and a humongous sugar-coated donut, on the house. The kids devoured the donut while Annie and her cousin shared the cheesecake, which they liked. I thought that the cheesecake would have been better with some actual coffee grounds mixed in. 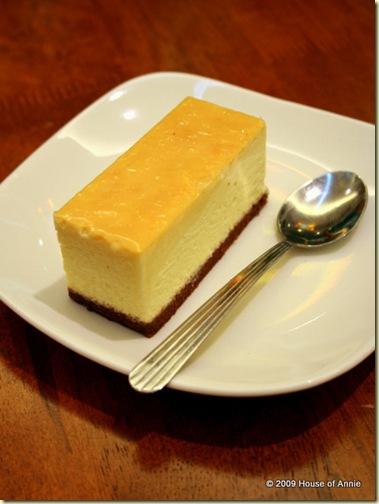 The owner said that he had really fallen in love with Hawaii, and wanted to bring back a little something from Hawaii to Malaysia, especially the laid-back, aloha spirit. This coffee shop is the first Bad Ass Coffee Company to open in Southeast Asia and it’s been open for only two months. He has plans in the future to expand to other areas of Malaysia, and other SEA countries as well, but first he wants to spend time building up this flagship store and building a reputation for good, quality coffee as well as good customer service.

The hot foods menu, he admits, is a work in progress. He has a chef developing recipes for the menu, but it’s tough to balance the desire for authentic Hawaiian dishes with the Malaysian palate. (To be honest, I really didn’t think the menu was very Hawaiian. Maybe he could try selling a Spam musubi, using Turkey Spam?)

As for the drinks, the kids loved their mango smoothie. My “Jitter Juice” blended coffee drink gave me heart palpitations after drinking about 1/3 of the cup. And Annie’s cappuccino ended up as a latte after some confusion and miscommunication with the counter staff. 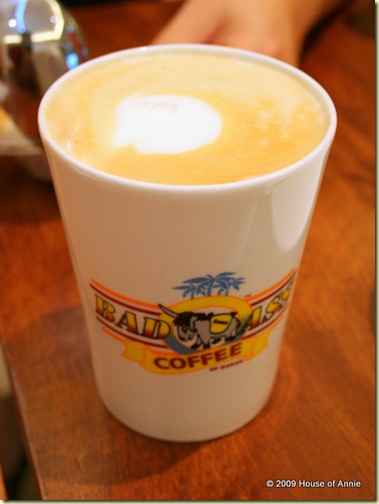 The restaurant’s location in a far corner of the mall, next to the San Francisco Steakhouse, is out of the way for regular mall traffic except on Saturdays. But he hopes that business will pick up when the new office tower opens up, and people begin finding out that there is good, Kona coffee being served here. I wish him well.

5 thoughts on “Bad Ass Coffee: A Little Taste of Hawaii in KL”