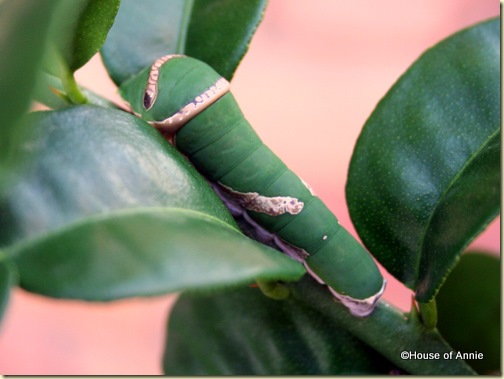 We have a kaffir lime tree in a large clay pot in our carport. Kaffir lime is a wonderful ingredient in Southeast Asian cooking, particularly Thai dishes. We’ve used kaffir lime leaf in many recipes, including Stir fried Pork with Long Beans, Thai Green Curry, and Wild Salmon Cakes with Kaffir Lime and Ginger.

One day, I spotted what at first appeared to be some bird poop on one of the leaves. It actually turned out to be a caterpillar, as evidenced by the obvious circular-shaped cuts showing up on some of the leaves that this “poop” was on. Every morning, I took a look at the plant to observe the progress of the “poop”.

Pesky, but not a Pest

Some quick Googling reveals that this caterpillar is the larva of the Common Lime Swallowtail Butterfly, Papilio demoleus. It’s found all over Asia and the tropics and is considered a pest that, according to the University of Florida, can defoliate entire nursery groves of citrus.

As the caterpillar got older and bigger, it lost its resemblance to poop and started looking like a real green caterpillar. It was chewing up a leaf or two a day.  Even though our kaffir lime tree wasn’t that big, I didn’t think this caterpillar would be able to defoliate the entire plant, so I let it live. 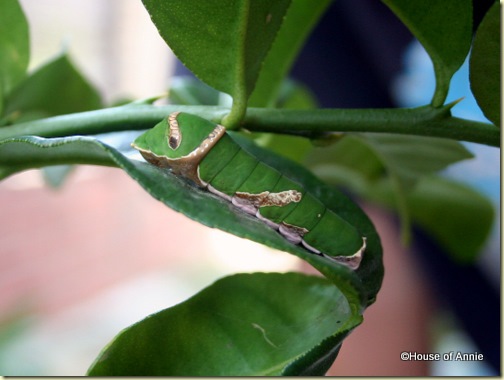 One day, it seemed to lose interest in eating and started heading down the main branch from the leaf fringes where it had been grazing. 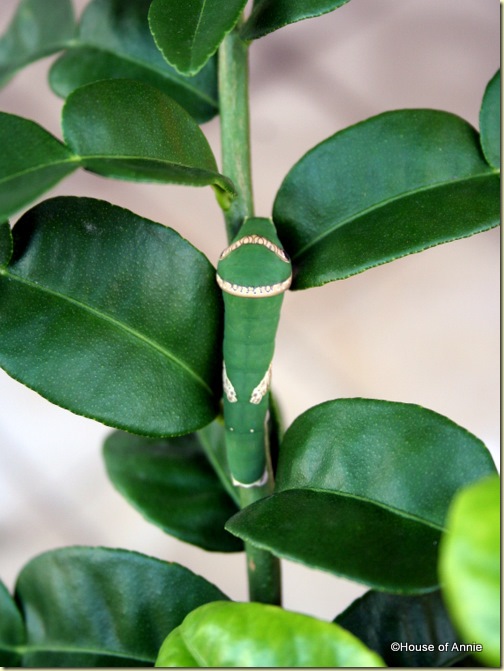 The next morning, we found it on the ground, just outside the pot. We put it back on the plant. When we came home in the afternoon, we found it setting up on the side of the pot. 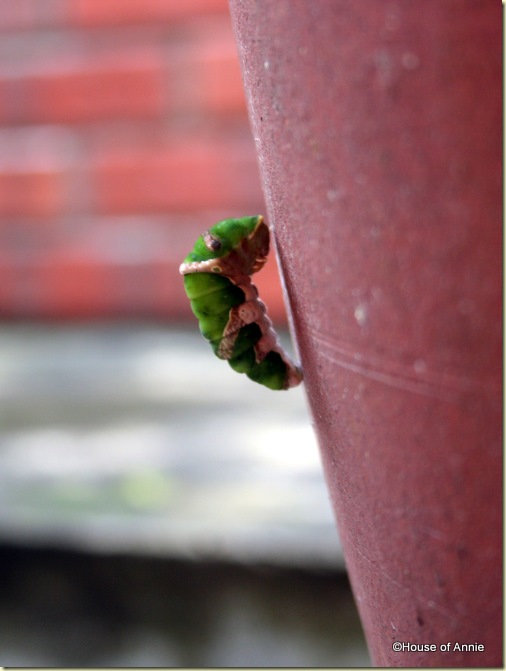 A day later, and the caterpillar has fully pupated. 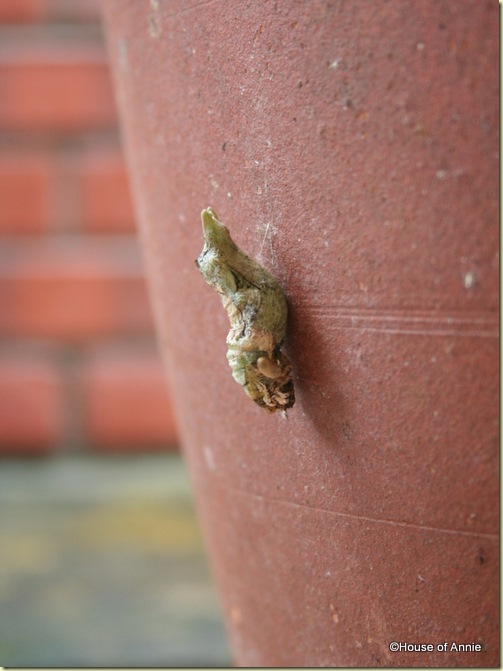 This is how it looked this morning: 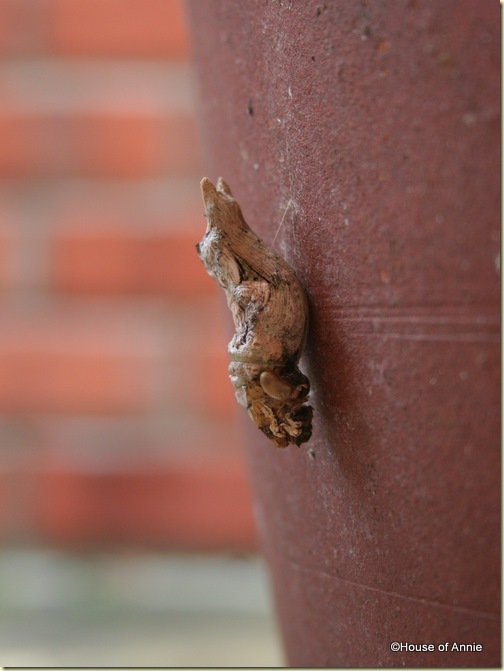 I expect it to take a couple of weeks to complete the cycle and become a butterfly.  I’ll keep taking pictures every day but I am a little concerned that we won’t be around the day it finally does emerge.  Hopefully the timing will be right and we can share with you that happy day when it does take wing.