Saturday, we attended the first annual Fabulous Food Festival in San Francisco’s Concourse Exhibition Center.  As in our TomatoFest experience, we got to go as "foodie correspondents" for FoodBuzz.  The Fab Food Fest was a craft foodie’s showcase, with over 120 vendors featuring gourmet chocolates, sauces, baked goods, utensils, and other treats. 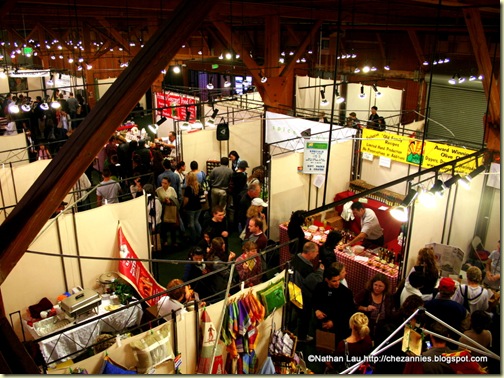 As you can see, the place was pretty packed with people sampling all the different foods at each vendor’s booth.  That was probably the most unpleasant thing about this whole event. The aisles were just a bit too claustrophobic for our tastes.  There was lots of jostling and elbowing going around in the traffic bottlenecks, especially surrounding the savory food booths like Aidell’s Sausage and Spring Hill Jersey Cheese.

Along the outer edges of the exhibition, however, things were much quieter and more relaxed.  There, we found the Sjaak’s (pronounced "shawk" – I hope I got that right!) Organic Chocolates booth.  All of their chocolates are certified organic AND fair trade, which means it’s not only good for the body, but good for the Earth and good for the farmer as well!  They even have a line of vegan chocolates which do not contain milk, butter, eggs or gelatin. 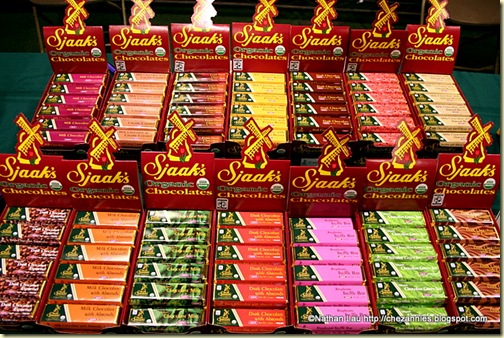 One other thing to note is that they sell a line of "Nepalese" boxed chocolate sets. When I asked Jessica, the salesperson, why they were called "Nepalese" boxes, she explained that the boxes are actually made by a women’s fair trade cooperative in Nepal.  The material they use is not tree bark but bark from the lokta bush, a sustainable tree-free fiber.  Very cool.

We walked up and down the aisles, sampling as we went, and finding lots of interesting as well as not-so-interesting items.  Here’s one that I haven’t seen in stores before: mushroom powder from Oregon Mushrooms. At $13.00 for a 4 ounce bottle, that’s a pretty expensive seasoning. But I imagine that a little goes a long way. 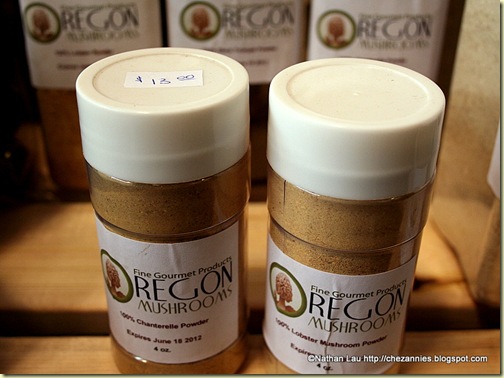 Another item that made us pause was this peanut butter-filled, chocolate-dipped pretzel that was rolled in toffee chips from Marin Chef in Novato.  We popped them in our mouth and went, "WOW!"  These were seriously good snacks.

(Get 20% off your order of $40 or more when you order tins online and use coupon code BOXTINPROMO!) 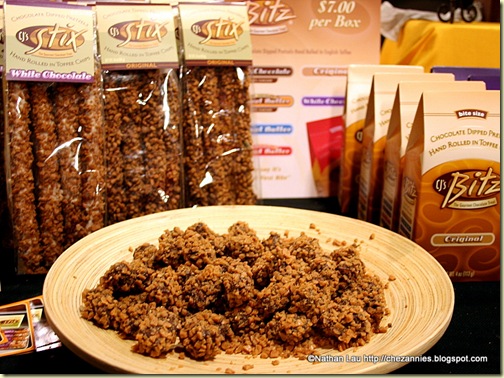 Sniffing Out the Spice Hound

Our main reason for coming to the Fabulous Food Festival, though, was because we were invited by our friend and fellow Malaysian ex-pat, Tammy Tan of Spice Hound.  We met Tammy at the Los Altos Farmer’s Market, and struck up a conversation. She’s a great person – fun, engaging, and passionate about spices.  She has a wide selection of fresh, whole spices as well as spice blends that she makes herself: 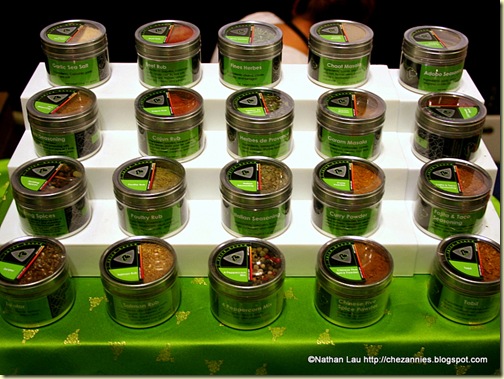 What really sets her apart, though, is her vast assortment of sea salts.  She doesn’t just have the standard fleur de sel from France. Her collection of finishing salts span the globe, from Hawaii to Japan, Australia, and the Mediterranean. 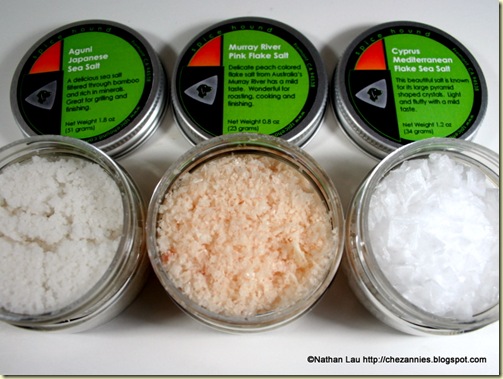 The one Annie was most interested in, though, was the large slab of Himalayan pink salt. It looked like beautiful, translucent, pink marble. You can heat it up in the oven or on a grill, and the slab will retain enough heat to cook whatever you lay on top of it. The slab will impart a slight saltiness to the food.  Me want!

Unfortunately, these slabs are quite expensive.  A large slab will set you back $60.  We would like to boost the economy, but $60 for a salty, pink rock is too rich for me.  We did, however, contribute to the economy somewhat by buying up a load of Sjaak’s chocolate, three finishing salts, and a neato ceramic grater from the Garlic Grater booth. 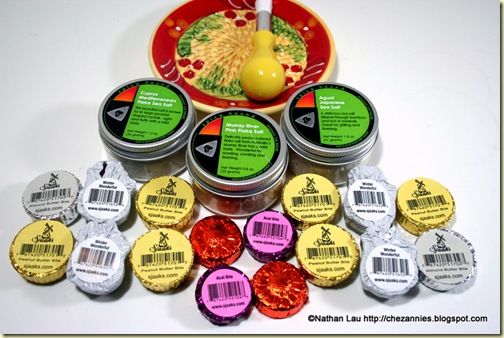 After an afternoon spent eating all this fancy food, we needed something less…fancy.  So we headed over to Oakland Chinatown for some good, homey, Chinese food.  But that’s for another post…

14 thoughts on “Getting Buzzed at the Fabulous Food Festival”