Today we are going to showcase two Sarawak specialties, made using the Royal Selangor Jelly Moulds. The first is something that has caught on all over Malaysia—the three layer tea (thanks Babe in KL for reminding us to do this!). Yes, this lovely concoction was first created in Kuching, Sarawak. The second is a no-bake cheese cracker cake that I was introduced to by a coworker. 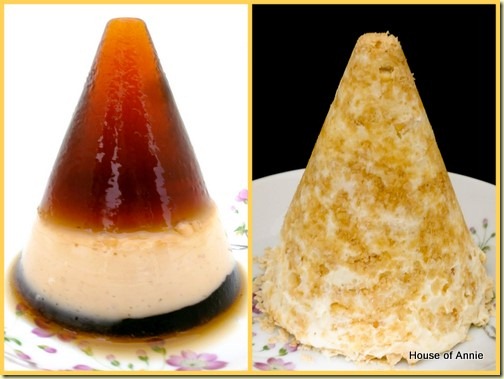 When Nate and I first got back to Malaysia two years ago, my cousin insisted that we try this three layer tea which consisted of black tea with a layer of milk and another layer of palm sugar.  When Nate’s three layer tea came, he didn’t know that he was supposed to mix it all up before drinking it, so he just sucked it up and got himself a mouthful of gula Melaka and almost gagged on the over-sweetness of it all. Of course, done correctly, the smoky sweetness of the gula lends this tea a wonderful complexity that milk tea on its own just doesn’t have.

The three layer tea is easy to make.  It basically involves brewing tea, adding some milk and then chopping up some gula Melaka. To make this into a jelly, I had to consider that the three layers were not going to get mixed up BUT the gula Melaka layer would still be considerably sweeter. I made the black tea, and milk tea portions less sweet and also used Splenda as a substitute for sugar to compensate for the gula Melaka in the bottom. 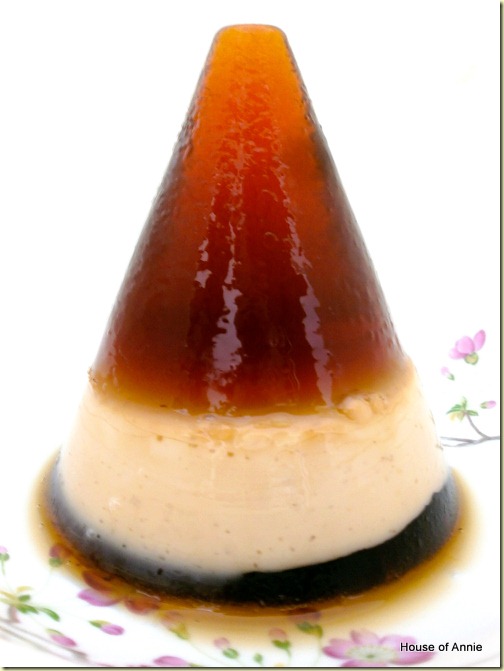 Method
1. Brew the tea in the hot water for 3-5 minutes. Add one pack of Splenda to brewed tea. Remove teabag and add 1/2 tsp konnyaku powder and stir till dissolved. Divide the tea into two moulds, saving about 1/4 cup to mix with the milk layer. Place the moulds into the fridge to set.

2. Add milk to the leftover tea and microwave for 1 minute to warm up the tea (it has probably set while waiting). Add two packets of Splenda and another 1/2 tsp of konnyaku powder. Stir to dissolve. If the konnyaku powder won’t dissolve, heat the milk in the microwave for another minute and stir mixture. Divide the milk layer equally between the two moulds and gently pour the milk layer over the tea layer. Place mould back in the fridge to set. 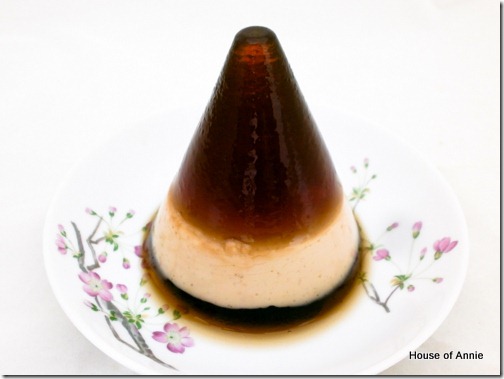 A New Discovery for Me

The second specialty that I’m going to show today is another layer cake, called the Cheese Cracker Cake. It’s not especially unique to Sarawak in the same way that the colorful kek lapis layer cakes are, but it is a layer cake and I recently discovered it when a friend shared the cake during Aidil Fitri. She also graciously got the recipe for me so I could give it a try myself. 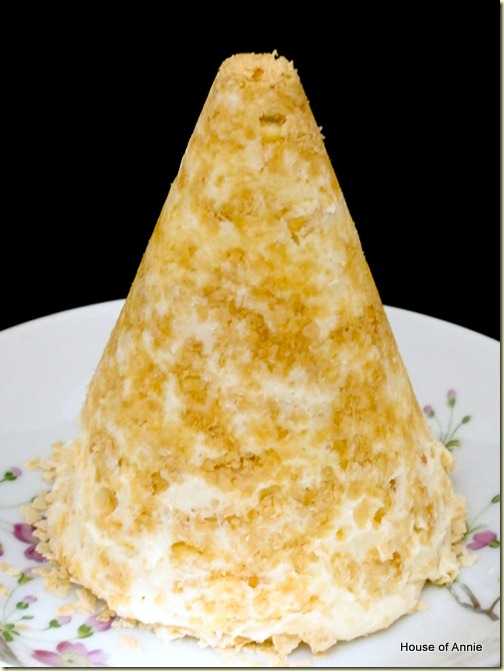 The cake itself has only five ingredients. Simple right? It is except that the work is in the layering. I ended up making the cake in the mould, and then one other separate cake in a loaf pan. It was yummy so do give it a go if you have a chance.

Method
1. Beat condensed milk with butter until creamy. Add cream cheese and beat till just incorporated. Do not overmix.

2a. Spray Royal Selangor mould with vegetable spray and then coat with Nestum. Drop a quarter tsp cream cheese mix at the bottom and cover with a small piece of cracker (broken to fit), continue to layer with cream cheese (increasing the amount to coat the entire surface of cracker) followed by increasingly larger pieces of crackers in a single layer. Finish with a layer of cream cheese mix and top with more Nestum. Place in the fridge for 3 hours or overnight to set. 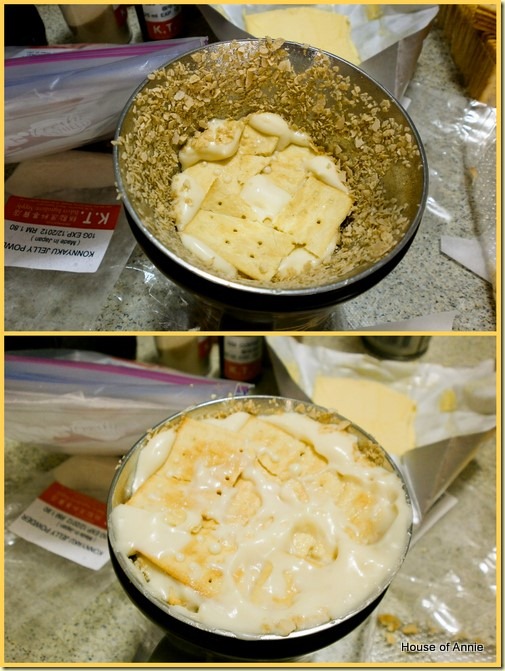 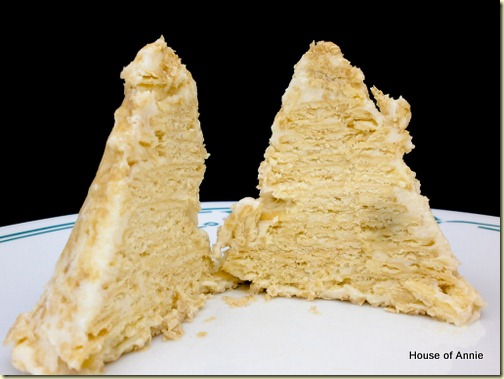 This was more of a problem to make than the three layer tea. Ever tried sticking a square peg into a round hole? Yeah, I had this issue going for me while making this cake because this cheese cracker cake calls for cheese crackers (d’uh!) which are rectangular in shape and which would be layered with a cream cheese/condensed milk. I had to whittle off bits to fit the crackers in the mould, breaking many crackers in the process. Thankfully, as you can see from the cut cake, it didn’t turn out too bad.

Time is running out for you to purchase a Royal Selangor Jelly Mould and have a chance at winning a new Olympus camera, plus vote for your favorite Royal Selangor Jellyriffic Challenge blogger! Proceeds from the sale go to benefit the Breast Cancer Welfare Association of Malaysia, so you know it’s for a good cause.