Annie is always critical of the rendang that is served at Malaysian restaurants here in the South Bay. She says they’re just not done right, and reasons that only Malay cooks (as opposed to the Chinese cooks working in these restaurants) know how to make rendang. Here is her version:

First, cut up a whole chicken into pieces and set aside.

Next, fry some grated coconut in a wok until browned. 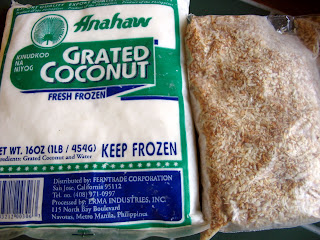 Make a paste out of chiles, challots, ginger, galangal, lemongrass, and turmeric root in a grinder or food processor. Put the mixture into a wok and add some coconut milk. Bring to a boil, then reduce to a simmer. 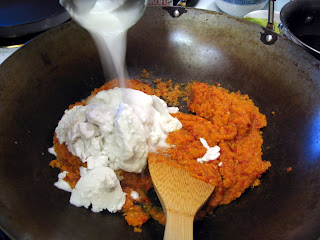 Add chicken pieces and turn to coat. Stir frequently until most of the liquid has evaporated and a red film of oil rises to the survace. Season with tamarind juice, kaffir lime leaves, sugar and salt. 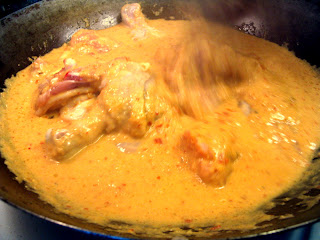 As you cook it down, the color and flavors concentrate. It was pretty darn good.