We made enough Rice Krispies treats to feed a small army… 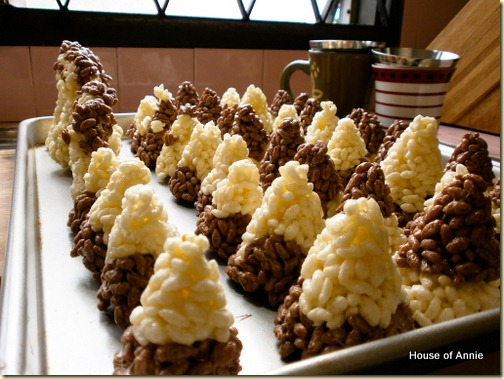 We had a pretty busy weekend, and it was tough finding time to make anything with the Royal Selangor Jelly Mould for the Jellyriffic Challenge. We were hoping to do at least 4 different creations but ended up only doing 3: yesterday’s Jelly Doughnuts, today’s Rice Krispies treats, and another one for tomorrow.

We had a birthday party to attend in the evening, so we decided to make these Rice Krispies as a dessert offering. The Rice Krispies treats were pretty easy to prepare, but the assembling took a lot of work, especially when the Krispies started to get cool.

Here’s how it was done.

We basically followed the classic recipe off of the RiceKrispies.com website.

Melt the butter in a large, non-stick pot over low heat. Add the marshmallows and stir until completely melted. Remove from heat. Pour in the Rice Krispies and stir until well coated. (We made two batches – one regular and one cocoa-flavored.)

At this point we also sprayed the jelly moulds with non-stick cooking spray. 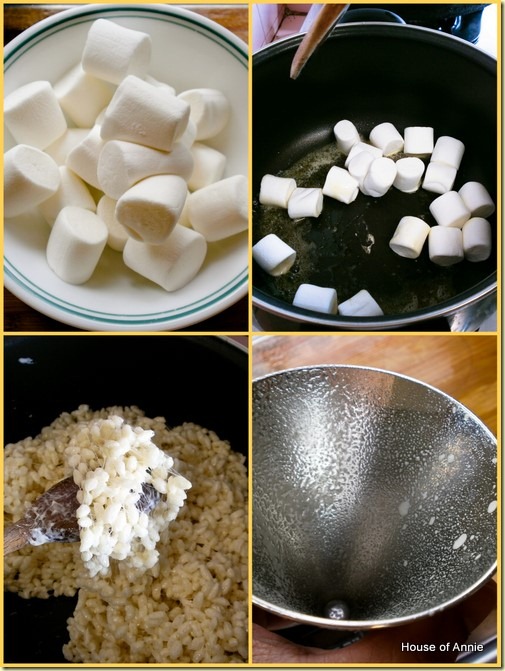 We’d take a small ball of Rice Krispies and push it all the way down to the point of the cone. Then we took a second, larger ball of the other Rice Krispies flavor and pushed it to make a flat base. We didn’t fill up the cone all the way so the treats were small – about 3-bite-size. Each treat came easily out of the mould. 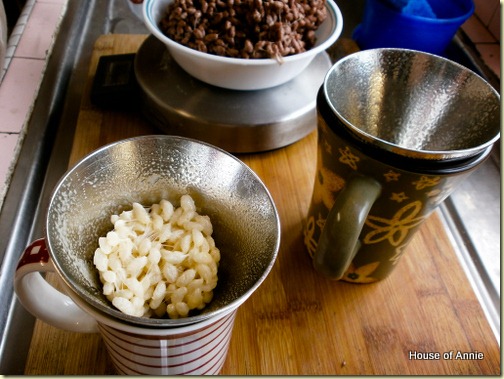 When we had filled up the tray, we had some leftover Rice Krispies, so Annie decided to have a little fun with it and make a Rice Krispies family, with balls stuck on top of the cones and cocoa krispies for the hair and eyes. Cute, yeah? 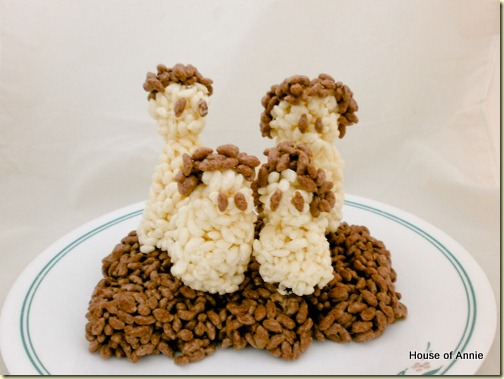 It was good that these Rice Krispies treats were so easy to make, because the next project took considerably more work and time. So stay tuned – you’re going to want to see it!

Only a small percentage of breast cancers are detected by Breast Self Examination, and usually are larger, later-stage cancers. The single most effective method to detect breast cancer is a mammogram. For more information, visit the Breast Health Information Centre website.