Roasted pumpkins seeds are a popular snack food here in Asia (as well as Mexico, where they’re called “pepitas“) . The recipe is quite easy to make at home. All you need is a pumpkin. 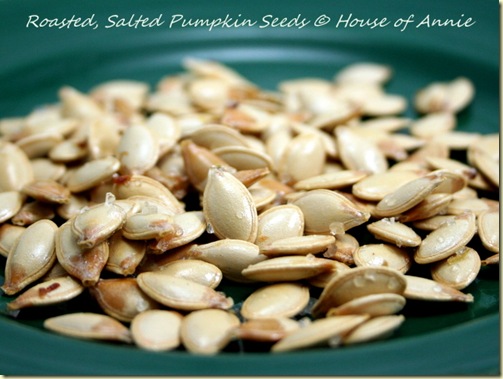 Fall is the time for cooking and baking with lots of pumpkins and other hard, Winter squashes. Soups, braises, and pies signal the beginning of the holiday season.  Last year, I made a pumpkin swirl cheesecake using a Halloween pumpkin that the kids had decorated. It wasn’t carved, so the pumpkin was still intact and unspoiled. 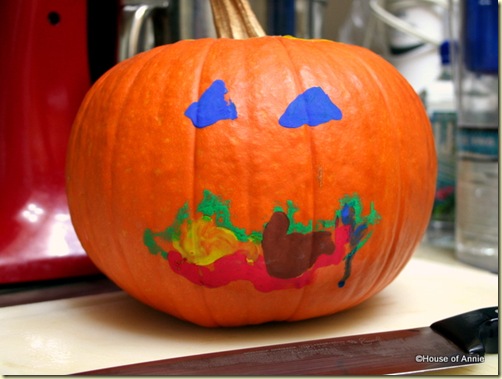 I cut the pumpkin up, roasted it, and pureed the flesh to use in my cheesecake. But I didn’t just throw the seeds away. Oh no. I had plans for them.

After first sectioning the pumpkin, I scraped out the pulp and the seeds. 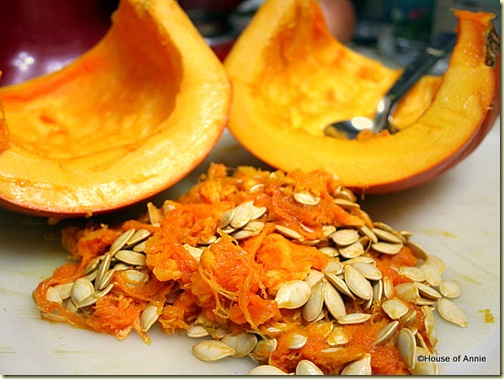 Then I put the seeds and pulp in a colander and rinsed them off while the kids picked out any stray bits of pulp. 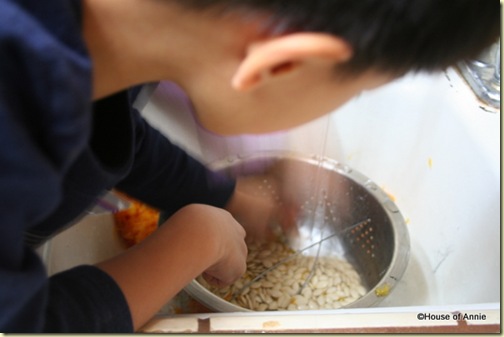 After the seeds were cleaned off, I spread them out onto a sheet pan to dry. The kids were kinda impatient, so I broke out the hair dryer. Daniel did the “heavy lifting” as he diligently dried those seeds. With the mechanical help, the seeds dried off quickly. 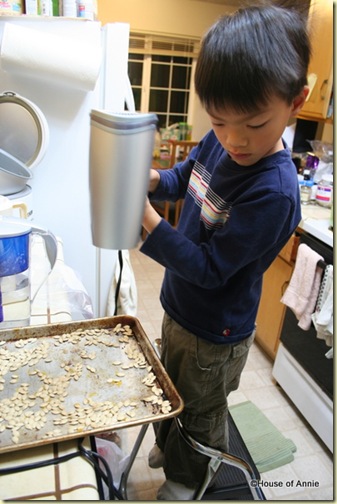 After they were dried, I drizzled a couple tablespoons of olive oil onto the seeds and tossed them to coat. Daniel and Esther then stepped in to grind some sea salt onto the seeds. That’s all there is to it – a very simple “dressing” on these seeds.

How do you like to “dress up” your roasted pumpkin seeds? With some honey or cinnamon, maybe? Leave us a comment! 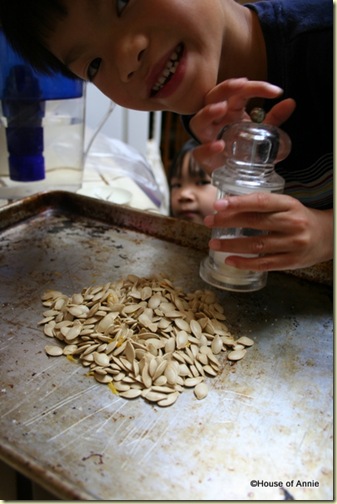 They went into a 300*F oven for 30-35 minutes until they started turning brown. 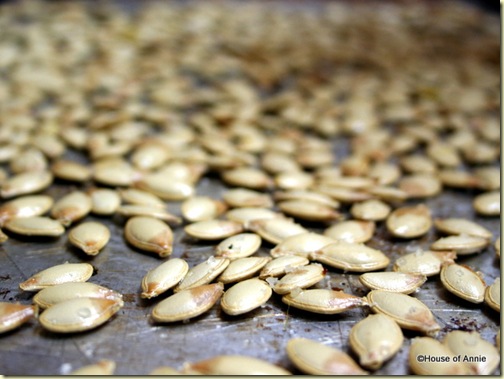 After cooling, we started snacking. And we didn’t stop. The nutty, toasted flavors were so addictive!

The best thing about them is, these seeds are a healthy, nutritious snack – not like all the overly sugary sweet candies that are being given out this time of year. Pumpkin seeds are low in cholesterol, high in protein, and are a good source of Magnesium and Zinc.  So go get your pepitas on!