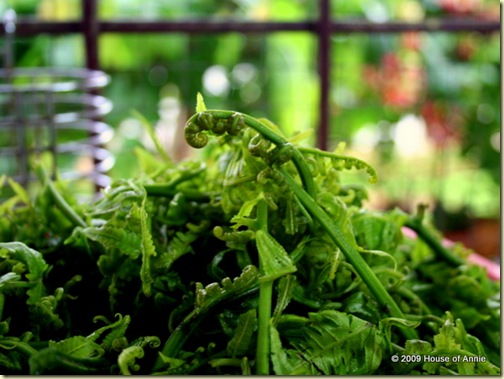 The (eating) adventure in Kuching begins…

When we originally arrived in KL from America, we came with about 400 lbs (180 kilos) of baggage plus carry-ons. Today, we flew from KL to Kuching, taking Air Asia. If you know anything about Air Asia, they are a budget airline that charges you in 5 kg increments for baggage exceeding 15 kg. We purchased the max amount, 30 kg per person, which meant we could take up to 120 kg total with us – a 60 kg difference.

We spent most of the last day and night in KL packing our suitcases and carry-ons. We had to leave behind some clothes and a lot of books, but eventually managed to stuff the remainder into 5 suitcases and 4 carry-ons! It took two cars to get us and the suitcases to the airport.

Another thing about Air Asia is, they fly out of the “Low Cost Carrier Terminal” of KL International Airport. No fancy check-in stations, baggage handling systems, or jetways. In order to get on the plane, you have to walk out on the tarmac and climb the stairs to the plane. Now, imagine trying to do that with one heavy carry-on in each hand. (Not easy, considering I seem to have a bum shoulder at the moment).

Annie has a friend, Paul, living in Kuching. She contacted him through Facebook, and he offered to come pick us up at the airport. I thought there was no way he was going to be able to fit all our luggage, plus the four of us, in his car. I thought for sure I was going to have to purchase a taxi coupon and take two cars to our hotel.

Daniel with our baggage at the Kuching Airport 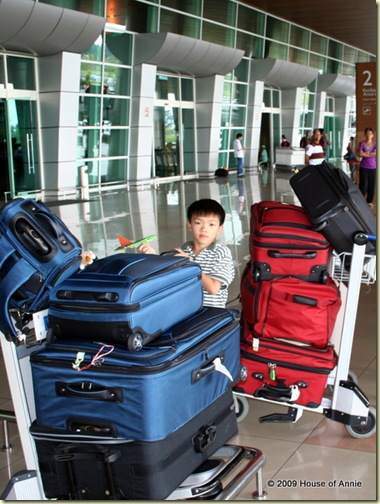 Well, Paul arrived, surveyed the situation, and declared, “I think we can fit it all in.” We were incredulous. But, one by one, all the bags somehow fit into his Camry. And there was room enough for us to also get in as well! (I wish I had taken a picture, it was incredible.)

First thing Paul asked us when we got going was, “Are you hungry? I can take you someplace to eat.” Well, we barely had anything to eat for breakfast or lunch so we agreed. He took us to a coffee shop on the road from the airport, and treated us to a meal of Suan chicken rice. 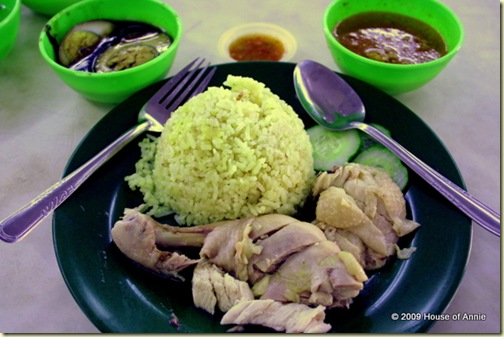 He said that he hangs out here a lot because the food is good. The rice has a slight curry flavoring to it, a local touch. The also serve it with soy sauce eggs and a sweetish, tomato-based broth. We finished every bite.

Paul brought us to our hotel so we could drop our bags off. Then he stuck around, giving us the low-down on this and that. I seriously wish I had a voice recorder or something, because there is so much that both Annie and I have to learn about living in this city. I am really grateful that Paul was so helpful and forthcoming.

After a while, Paul told us that, since his brother was in town, there was going to be a large family dinner at his house. We were invited as well! Wow, first day in Kuching and already invited to a home-cooked meal. How could we refuse?

When we arrived, their maid was in the wet kitchen in the back of the house, preparing dinner. One of the dishes caught our eye. “Is that paku?” asked Annie.

Paku is a Malay word for a type of fiddlehead fern that is found and eaten here in Sarawak. North Americans like to eat fiddleheads either boiled or in salads, depending on the type. Here in Sarawak, they like to stir-fry the ferns with belacan (shrimp paste).

The maid used a stone mortar and pestle to grind together some shallots, garlic, and belacan into a paste. She then heated up some oil in the wok, added in the belacan paste and fried it until fragrant, then tossed in the ferns. 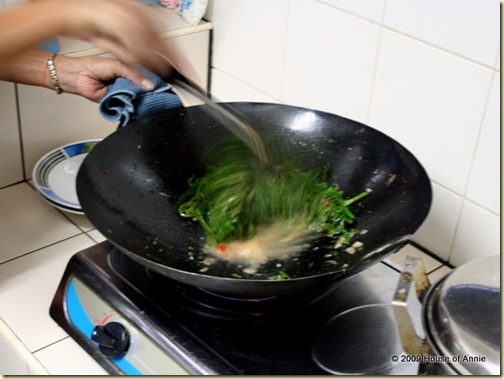 After a few minutes of frying, she plated it up. 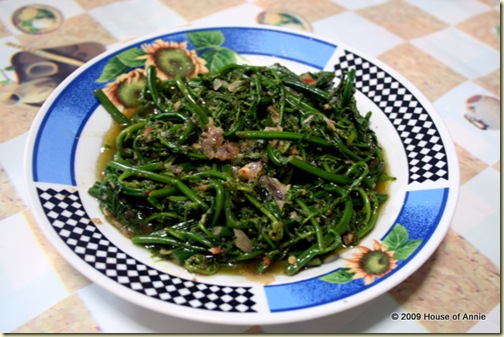 Besides this dish, the maid also cooked up some chicken curry, sweet-sour fried fish, and a couple other stir-fried veggie dishes. Paul’s mom came over with a big pot of homemade chicken soup. We were treated like honored guests, being served first. Everything was so delicious!

Dessert after dinner was longan, freshly picked from the mom’s tree. “No pesticides!” she declared. Ah, it was so refreshing to eat fresh longan. They were so sweet and juicy! It’s been so long since I had longan this good.

On the drive back to the hotel, Paul’s wife arranged for us to see a second-hand car that we might potentially buy. Her father will drive it over to their house, and Paul will drive it over to us to have a look. How awesome is that? I mean, who are we but an old acquaintance who just reconnected a few days ago over Facebook, for goodness’ sake?

Annie and I are just blown away by the hospitality we’ve received here in Kuching. It somehow almost feels too easy, like settling in should be harder. Of course, I expect there will be bumps and curves along the way. But the ones we were so worried about before didn’t turn out to be as bad as we thought, thank God! I really hope the rest of our adventure can be as smooth.

This post was submitted to the August 30 edition of Weekend Herb Blogging, hosted by The Crispy Cook and administered by Haalo.

15 thoughts on “Welcome to Kuching”