An easy, tasty, and healthy soup for a weekday meal. 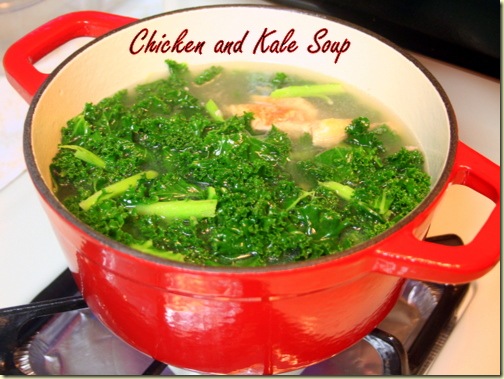 Growing up, I don’t recall eating a lot of greens for dinner at home. I would say that, overall, my mom’s cooking tended to be heavy on the meat and carbs, and light on the fresh vegetables. So, I was glad to hear that, after my mom went through a battle with breast cancer, she had changed her diet to include more greens.

Annie and I love to cook with all kinds of vegetables, but kale is one that we hadn’t yet tried out yet. We found bunches of kale for sale at the KCC Farmers’ Market, and Mom bought them, along with some Swiss chard and red beets. Mom said she normally puts them in a pot with a little bit of water to steam, then eats the greens and drinks the liquid. It sounded healthy, but it didn’t sound too tasty to me. 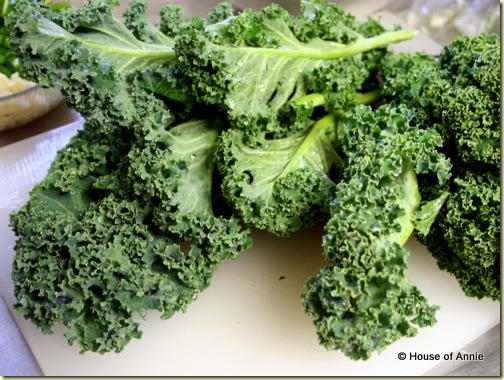 Mom had a rotisserie chicken in the fridge, so we decided to make a broth with the chicken and add the kale to it – “simply hantam” style. I pulled the meat off the carcass and tossed the bones into a small dutch oven. Covered the bones with water and then brought it to a boil. Then we took it down to a simmer and skimmed off some of the fat. 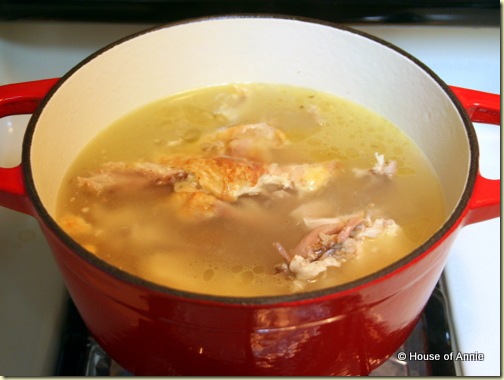 We rinsed the kale and removed the leafy greens from the tough stems. We chopped the stems up and tossed them in the soup, then added the chopped greens on top. Annie added in a couple of cloves of garlic, minced. Put the lid back on top to let the greens cook down some. 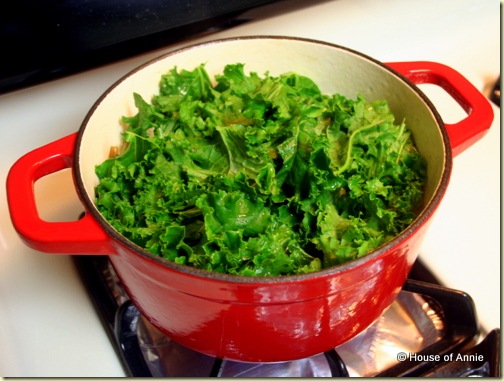 After simmering a few minutes, the greens had melted into the soup. I added the shredded chicken meat back in to the soup. A little salt to taste, and a little soy sauce to “umami” it up. That’s it!

Time to dish it up. 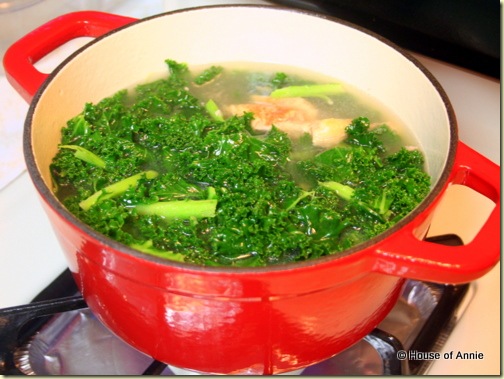 I realize you can take this soup and add a lot more ingredients to it to make it more interesting or nutritious (see recipes from Ash Cooks, Coconut and Lime, or Honey Sweet Living ). But honestly, this soup was tasty enough as it is. We all clamored for seconds.

So why make it complicated? Simply make it!

I am entering this post in the Soup, Salad and Sammie Sundays roundup, hosted by my friend Deb from Kahakai Kitchen.

16 thoughts on “Chicken and Kale Soup”