The day before Ash Wednesday (when the Christian season of Lent begins) is known as Fat Tuesday or Shrove Tuesday. It is celebrated as Mardi Gras in places influenced by French culture, like the bawdy celebrations down in New Orleans. But in Hawaii, it has another name: Malasada Day. 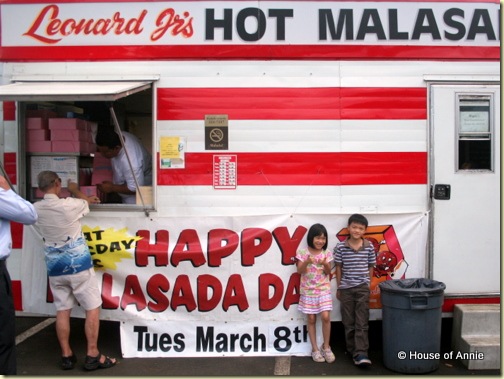 What is a Malasada?

A malasada (also spelled malassada, malaçada, or called filho) is a fried, sugar-coated Portuguese donut. It is an eggy, yeasty bread, meant to use up all the fat and sugar in a household before Lent begins. Originating in the Azores, it was brought overseas to Hawaii and other Portuguese Azorean communities.

In typical Hawaiian melting pot fashion, the Portuguese laborers shared their traditional food with the other immigrant communities, and so the love of malasadas spread. Nowadays, people in Hawaii enjoy malasadas year-round, not just on Fat Tuesday. Still, more malasadas are sold on Malasada Day than probably any other day of the year. 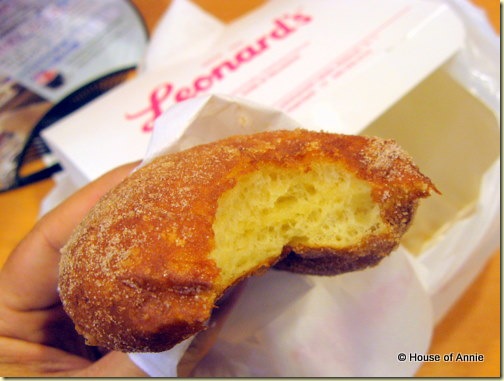 The most famous place to find malasadas in Hawaii is Leonard’s Bakery on Kapahulu Avenue. This bakery, open since 1952, is known for its malasadas and Portuguese sweet bread. Leonard’s malasadas are thick, round balls without any hole through the middle. Any trip to Honolulu would be incomplete without at least one trip to Leonard’s for some malasadas, hot out of the oil.

I say “at least one trip” because these malasadas are so good, you’ll want to go back for more! 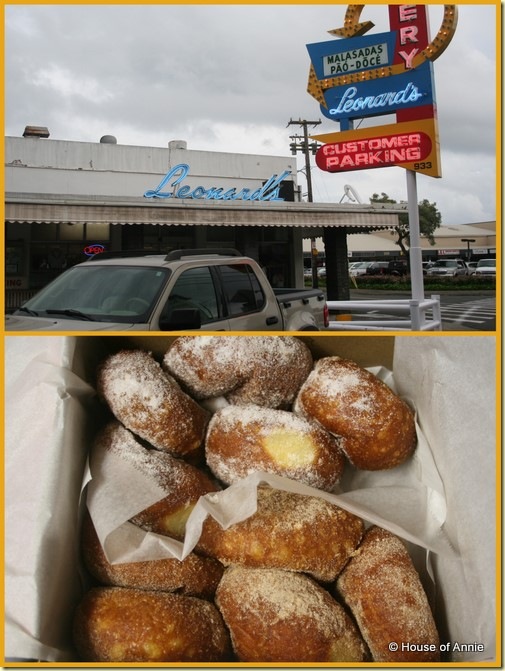 Other reviews of Leonard’s malasadas: Ono Kine Grindz, The Tasty Island, Food and Life, The Urban Grocer, The Portland Pickle

On our recent trip to Hawaii, we had malasadas on three separate occasions. One of those was when we were out shopping at the Waikele Premium Outlets on the West side of Oahu. We had shopped past lunch time and were pretty famished, but we needed something quick to tide us over, lest we run into rush hour traffic on the way back home. Luckily, Leonard’s has a malasada stand set up next to the Old Navy store. It was doing a brisk business when we got there. 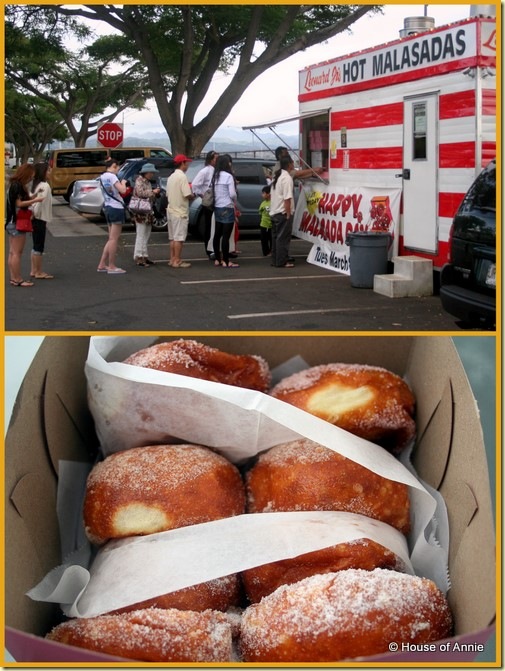 Champion is the Contender

Another bakery which is a contender for the title of having the Best Malasada in Hawaii is Champion Malasadas on Beretania Street. 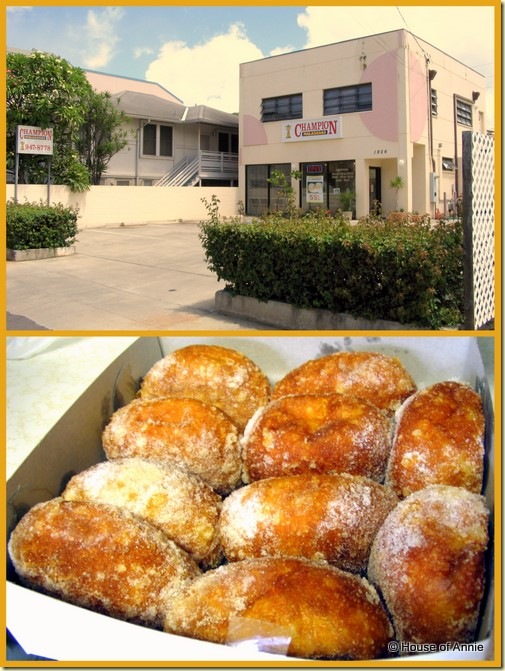 Many people (including Rasa Malaysia, Kat, and Joz Joz Joz) feel that Champion’s malasada is better than Leonard’s. It probably helps that the owner fries the malasada for you while you wait. The folks at Wow Grinds did a blind malasada taste test which named Leonard’s as #1. Me, I like Leonard’s.

Portuguese from the Azores didn’t just land on Hawaii’s shores. There is a sizeable Portuguese community in the Bay Area, most notably the Five Wounds neighborhood in San Jose (centered around the Five Wounds Catholic Church on Santa Clara Street). There are a number of Portuguese bakeries there, but there is only one named Portuguese Bakery, and it’s actually located on El Camino Real in nearby Santa Clara. 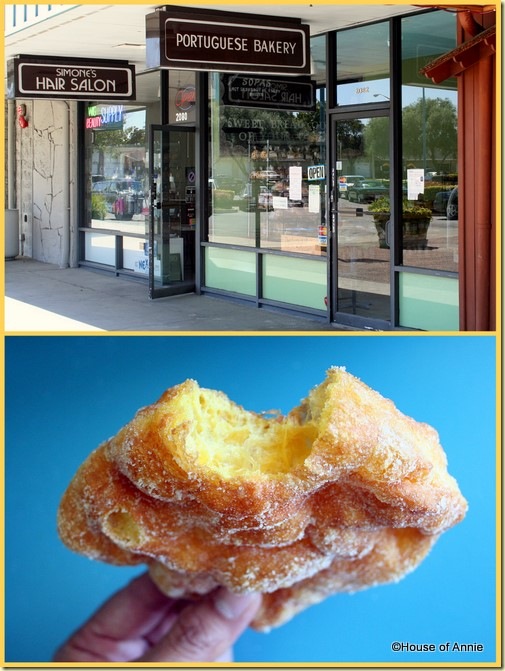 Here, they also sell malasadas. But the malasadas from Portuguese Bakery are flat, uneven discs. The crust is crispier and the dough chewier than what we know in Hawaii.

Taste of Home in Japan

When we were in Japan, we found a Leonard’s malasada stand inside the World Porters Mall in Minato Mirai, Yokohama. It was an unexpected, but welcome, find. The taste was a little off – I think they overcooked it – but good nonetheless. 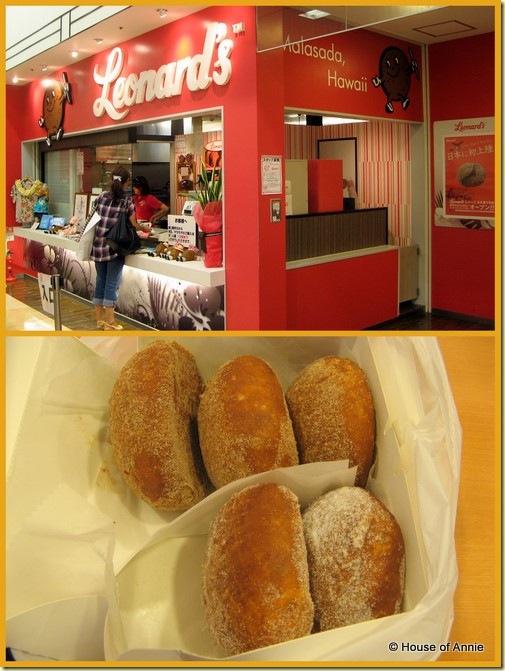 Where else do can you find malasadas? Leave a comment and let us know! 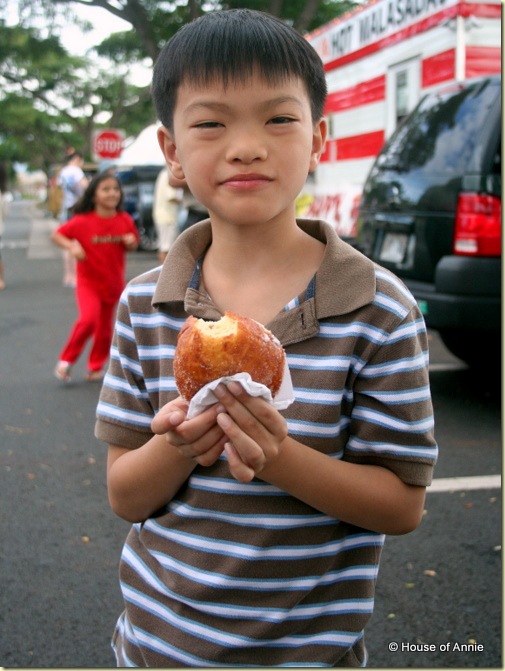