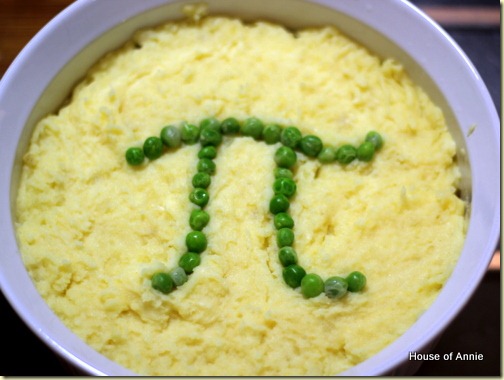 March 14 is sometimes written 3.14, which most mathematically-minded people will know as π or Pi – the ratio of a circle’s circumference to its diameter. Pi Day was created in recognition of this important number. Besides just talking about Pi, food geeks such as myself also like to bake pies.

At the same time, St. Patrick’s day is coming up on the 17th and I was thinking about what kind of Irish recipe I’d like to share for the occasion. We haven’t done shepherd’s pie yet on this blog but we do like to make it every now and then. So I figured, why not kill two birds with one (Blarney) stone and make a shepherd’s pie for Pi Day?

For a true shepherd’s pie, I’d need to use either mutton or lamb because shepherds watch sheep. Unfortunately I couldn’t find any boneless lamb cuts at the market. I had to settle for some boneless beef chuck tender.

I ground up the beef myself, using our Kitchen Aid Food Grinder Attachment. (No pink slime for me, thank you very much!) Everything else is pretty much the same – browning the ground meat with some spices and veggies, put it in a casserole dish and top it with mashed potatoes and cheese, and finally bake. Simple. I followed the recipe and instructions for how to make shepherd’s pie given by Chef John from FoodWishes.com .

I started off by browning the minced onions and ground beef in the butter and olive oil in a dutch oven over medium heat. The beef gave off lots of liquid but eventually it all cooked off. Once the meat started to sizzle and a fond formed on the bottom of the pot, I added the flour, herbs and spices, ketchup and water.

Browning and Seasoning the Beef for Cottage Pie 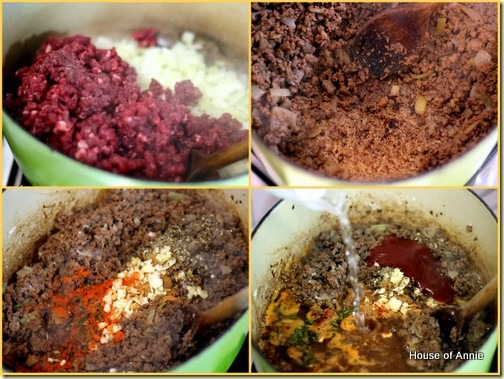 I cooked down the liquid until the sauce thickened up substantially. Then I stirred in the peas. Then I ladled the meat sauce into the casserole dish and pressed it down flat. 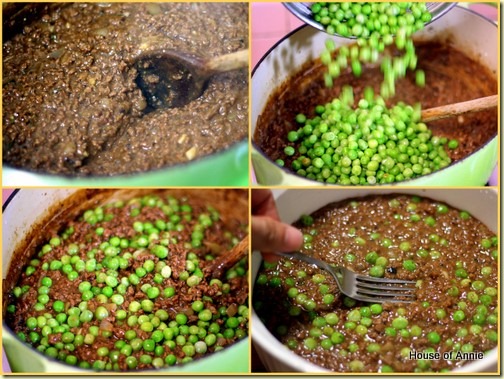 For the potatoes, I sliced them thinly and boiled them in salted water until they were fork tender. Then I drained them and tossed in the butter, cream cheese, salt and white pepper. I mashed up the potatoes and then added the grated cheddar and stirred in the egg yolk and milk mixture.

When everything was well combined, I spooned out dollops of the mashed potatoes onto the meat sauce and gently spread it evenly out with a fork. 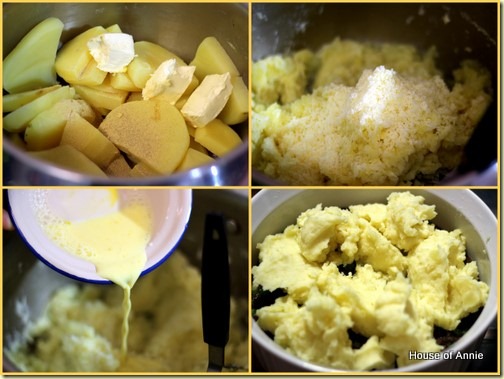 Chef John’s recipe calls for making just one pie in a 9-inch by 13-inch tray but I decided to split them up into two casserole dishes. Because after all, 2 π r better than 1. 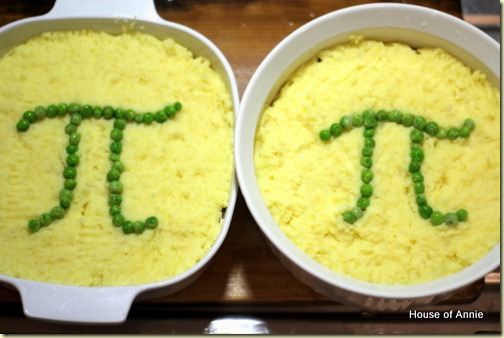 All in all, the prep time took about an hour. I then baked each pie for 30 minutes in the oven at 190 degrees C. Then it was just a matter of scooping it out and serving. 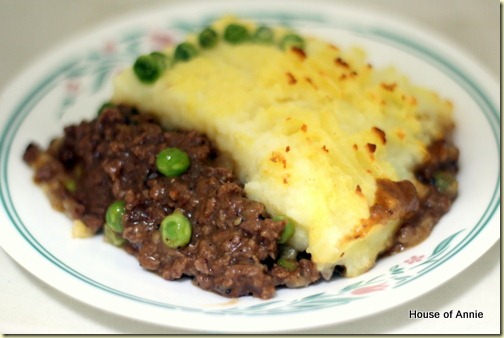 I really liked the flavors of this dish. There was a sweetness to it, given by the ketchup and the cinnamon. But the essential beefiness of the meat came through.

I did not like the frozen peas, however. The ones they sell here in Kuching are pretty terrible – dry, starchy, and devoid of any sweetness. Next time I should use fresh green beans instead.

As for the topping, I think I didn’t use enough cheddar cheese in the mashed potatoes. I feel it could have used a bit more salty-cheesy flavor. Also I didn’t get as much browning on the crust as I would have liked.

How do you get a nice brown crust on your shepherd’s / cottage pie? Share your tips below in our comments section!

Annie took one of the casserole dishes to work to share with her colleagues. I am happy to say, they all liked it!  I’m grateful, because I don’t consider myself as good a cook as Annie.

Hopefully, if I can find some boneless lamb, we’ll try making a REAL shepherd’s pie sometime.