Third time’s a charm, they say. They also say that it takes a woman’s touch. I’d say both had something to do with today’s jelly: 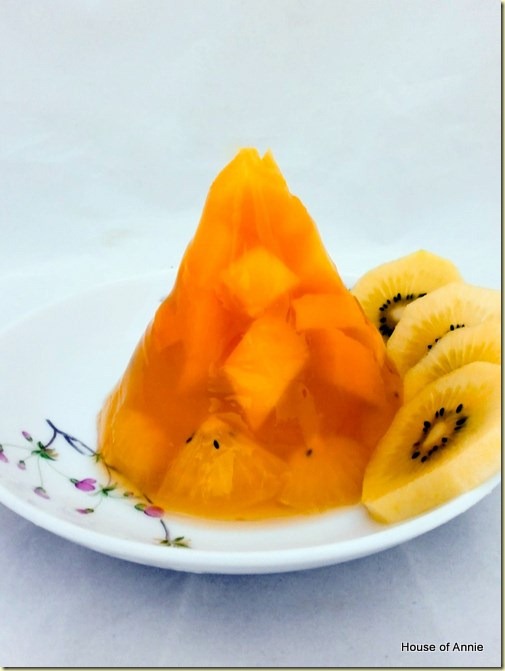 From the beginning of this Jellyriffic challenge, I’ve been trying to make a mango jelly that incorporated chunks of real mango in it. It’s mango season here in Kuching (among other fruits), and there is an abundance of sweet, ripe mangoes to be had. So I wanted to use some of the fresh local fruits in our jellies, like the Dragonfruit Agar-Agar that we made at the beginning.

The first time I tried making a mango jelly, I used mango paste to color the clear konnyaku. Unfortunately, I did not follow directions and heat up the water before adding it to the jelly. So it did not set right and I had to remove the mango pieces and reboil the solution. It resulted in a cloudy jelly and mushy mangoes 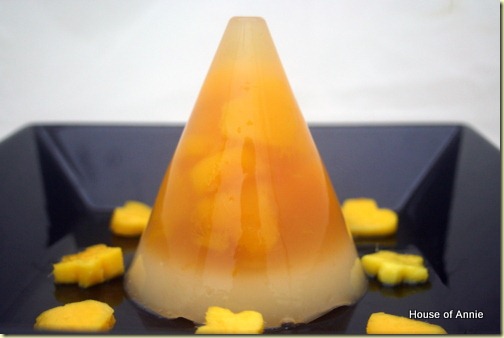 The second time, I just used straight konnyaku without any mango paste. But I think I must not have measured out enough konnyaku powder. When I unmolded it, it slumped and didn’t keep its shape. Bleah. I was ready to give up. 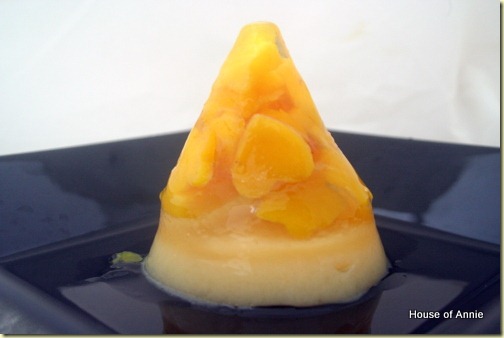 But we still had some mangoes in the fridge, so Annie said she wanted to give it a go. We had purchased this packet of Mango Konnyaku Jelly Powder and decided to try using that instead. We followed the instructions to add 3 cups of boiling hot water to the one packet of powder. 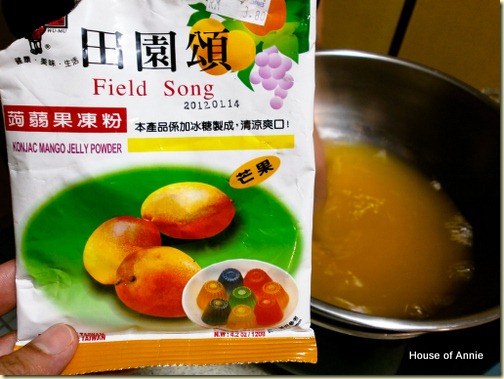 This time, the solution seemed to be behaving properly. We filled the Royal Selangor Jelly Mould only part-way up and dropped in some chunks of fresh mango. Then we put it in the fridge to stiffen up. 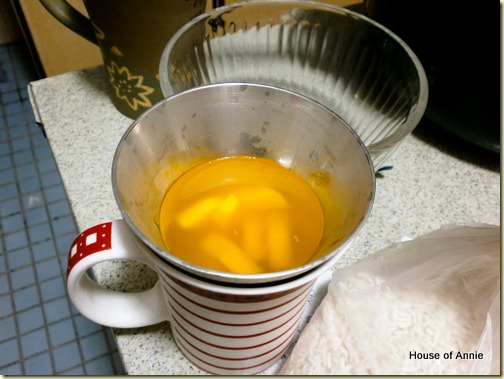 When it had hardened sufficiently, Annie laid on some pieces of golden kiwi fruit. Then she filled the remainder of the mould with the mango konnyaku solution. We chilled it overnight in the fridge. 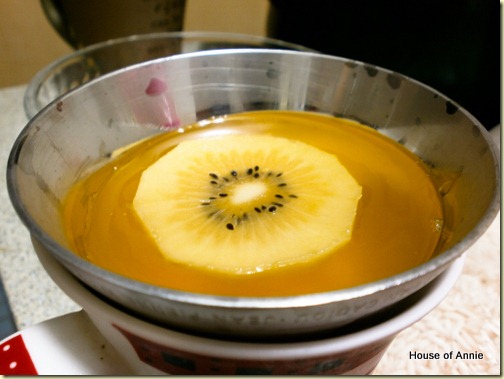 When we unmolded it, we could see the fruits clearly through the jelly, and it held up pretty well without slumping.

But I wouldn’t say it was a home run, because the jelly was still a bit too soft – more like Jello instead of a bouncy konnyaku. Perhaps we should have used less water. Still, it was good eats.

For many women in Malaysia, especially those in the lower income bracket, the price of a mammogram can be prohibitive. This is one reason that breast cancers in Malaysia are presented at later stages – women aren’t getting their annual mammograms which might have caught a cancer in its early stages. However, private companies and the government of Malaysia provide subsidies to help offset the cost of a mammogram, keeping it down to about 50 ringgit.  Support Breast Cancer Awareness by purchasing a Royal Selangor Jelly Mould, and proceeds will go to the Breast Cancer Welfare Association of Malaysia.