We made some grilled chicken fajitas to satisfy my Mexican food cravings: 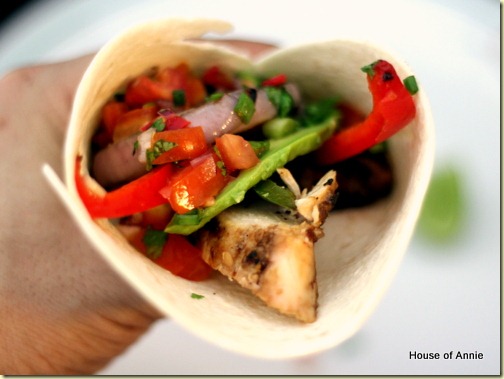 We don’t get to eat a lot of Mexican food here in Kuching. It’s not like we can simply drive a few miles to the nearest taco stand for an al pastor taco. I think the closest Mexican restaurant to us would be over in Singapore, and that’s a pretty far journey to go just for a taco. So when we get a Mexican food craving (admittedly a rare occurrence nowadays), we have to fix it ourselves.

Fajitas started out in Texas, the land of beef. Fajita is actually the Spanish name for a cut of beef, the skirt steak. Mexican cowboys used to be given this throwaway cut as part of their pay, and they grilled it over an open fire.

The dish became popular in Tex-Mex restaurants in Houston and San Antonio and from there exploded across America. Usually it’s served to your table sizzling on a platter with some onions and peppers, and you eat it with condiments in a tortilla. Nowadays, a fajita dish can contain chicken, pork, or shrimp as well as other cuts of beef. 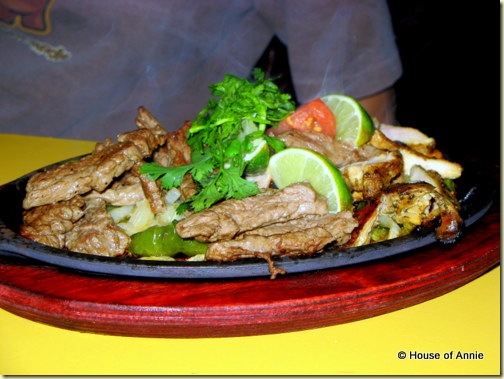 A Meat, and a Recipe to Make With It

Beef is quite expensive here in Kuching, so we don’t eat a lot of it. When I got this craving for fajitas recently, we first went out to look for some skirt steak. But they were selling it at the supermarket for something like 55 ringgit per kilo!

Chicken, on the other hand, goes for only 10 ringgit per kilo at the wet market. So we picked up a couple of breast pieces. And we saved a bunch of money by switching to pollo!

Next, we needed a recipe. Thanks to Food Blog Search, I found a good one. And it just so happened to be from the same blog that gave us our Homemade Whole Wheat Tortillas recipe, Homesick Texan.

1. Blend the lime juice, olive oil, W sauce, garlic, cumin, chillies and salt and pepper until smooth. Pour the marinade over the chicken breasts and place them in the fridge for at least an hour. 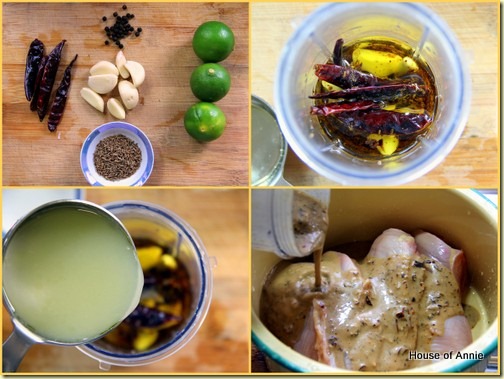 2. Start the charcoal grill and set it up for a medium-high, “4-5 Mississippi” heat (meaning, you hold your hand a few inches over the coals and count “1 Mississippi, 2 Mississippi…” until you have to pull your hand away. See The Barbecue Bible).

3. Cut each bell pepper in half and remove the seeds and stem. Drizzle the halves with olive oil, sprinkle with some herbs (I used chopped, dried Mexican oregano), salt and pepper, and then grill over the coals, turning occasionally until softened and slightly charred. When finished, remove from the grill to cool and then slice into strips. Do the same for the red onion slices. 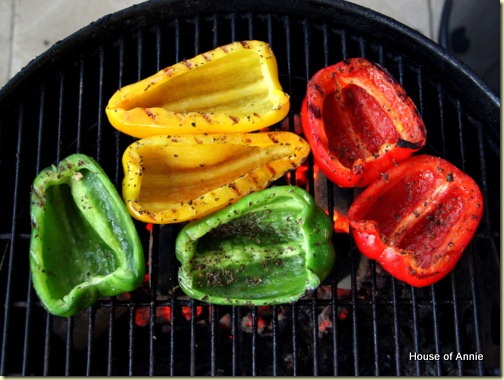 4. Remove the chicken breasts from the marinade, drain, and place over the coals. Grill 4-5 minutes per side until the internal temperature reaches 160*F. If you don’t have an instant read thermometer, you can use the “touch test” to determine doneness – the breast should feel firm but not hard.

(Watch this great video by Jamie Purviance on how to grill chicken breasts.)

5. Remove the breasts from the grill and set aside to rest for 5 minutes. Then slice it against the grain. Serve with the grilled veggies. 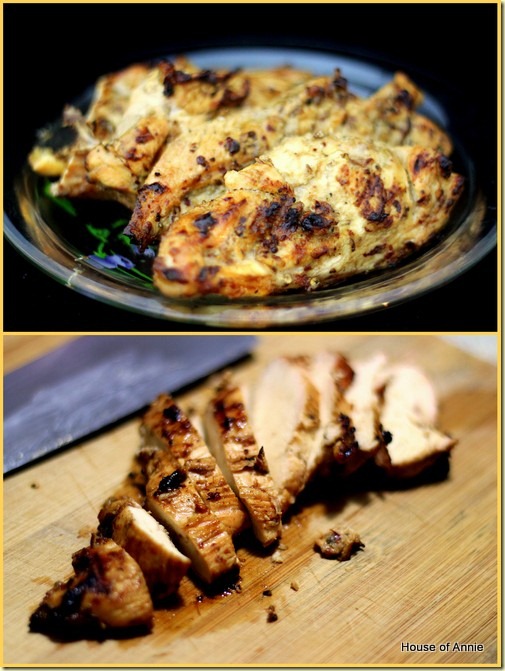 At the table, build your taco with a few slices of chicken, and a few strips of pepper and onion. Our condiments included sliced avocados, fresh pico de gallo, chopped green onions, and squirts of lime. You don’t need too much, or else your wrap will be too full and too wet.

I really loved how flavorful the marinade was. The lime flavor permeated the chicken breast, and the little bit of heat from the dried chillies gave it a nice buzz. I was also pleased by how moist the breast was, seeing as it’s the most lean cut of chicken with very little fat in it.

You notice that I grilled the bell peppers as halves instead of slicing them into strips first before grilling. That is because it’s easier to handle large pieces, and you won’t lose them between the grates of the grill when you cook them.

Check out other chicken fajita recipes by: Kalyn’s Kitchen, Andrea’s Recipes, My Kitchen Snippets, Annie’s Eats and Two Peas and Their Pod

For its use of lime, I am entering this post in this weeks Weekend Herb Blogging roundup, organized by Haalo and hosted by Brii.