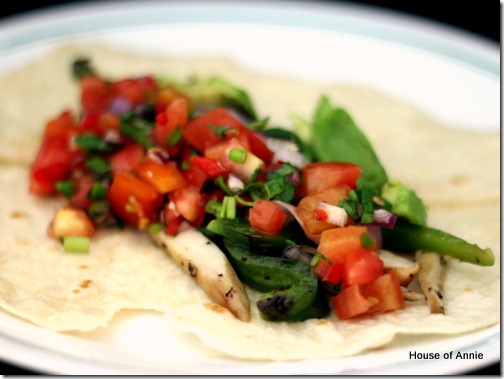 We have been eating a lot more veggies lately, compared to a few years ago. I think it’s a combination of age catching up to us, plus a desire to eat more healthily and lose a bit of weight. So when we were thinking of making our grilled chicken fajitas, I also contemplated doing a meat-free fajita using mushrooms.

When people think of grilling mushrooms, they normally think of portobello / portabello / portabella mushrooms. These big brothers to the button and crimini mushrooms are well liked for their wide and thick caps. The problem with portobellos, though, is that they give off a lot of water when cooked, and shrink down drastically.

Another problem with portobellos is that they are not commonly available in Kuching stores, compared to the US. The portobello mushrooms we see are cultivated in Australia and shipped over. In the store, they’re usually sold in small amounts for big prices.

But we do have other, less expensive mushroom options. One of them is the king oyster / king trumpet mushroom. Instead of large caps, these mushrooms have a thick and meaty stem. I found this 200 gram package of king oyster mushrooms for only 3.50 ringgit – cheap!

We’ve used this mushroom before in a pasta dish, but it didn’t work so well. Still, I hoped that the tough, meaty texture of this mushroom would be able to stand up to the rigors of being grilled. 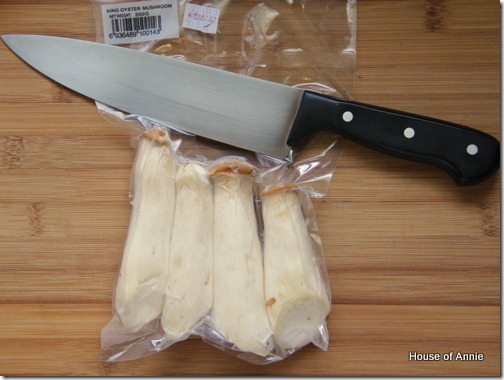 1. Slice the mushrooms lengthwise, about 1/4 inch thick. Place the mushrooms, peppers and onion in a large bowl. Drizzle on the olive oil and sprinkle on the oregano, salt and pepper. Toss to coat all the veggies evenly. 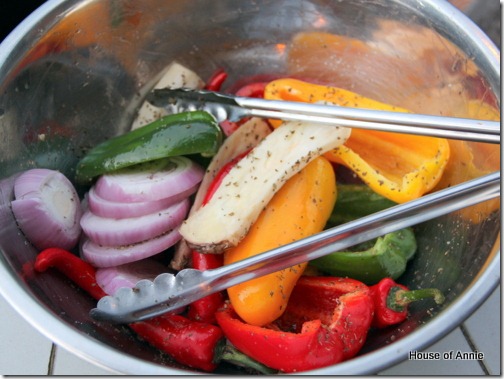 2. Start the charcoal grill and set it up for a medium-high, “4-5 Mississippi” heat (meaning, you hold your hand a few inches over the coals and count “1 Mississippi, 2 Mississippi…” until you have to pull your hand away at 5. See The Barbecue Bible).

3. Grill the veggies over the coals, turning occasionally until softened and slightly charred. When finished, remove from the grill to cool and then slice into strips. 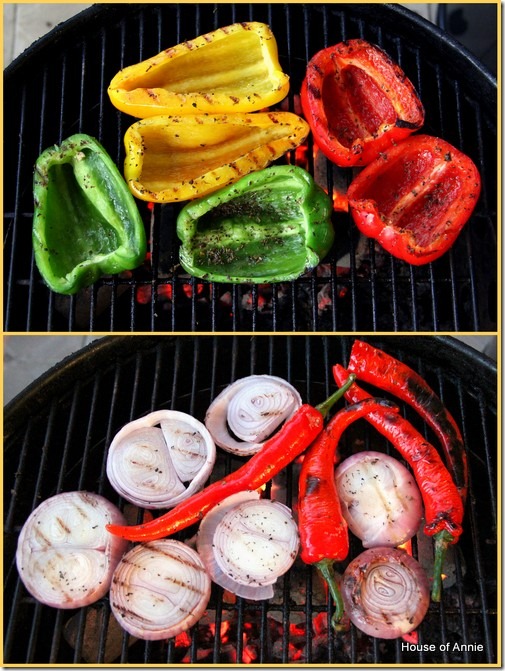 4. Grill the mushrooms in the same manner. 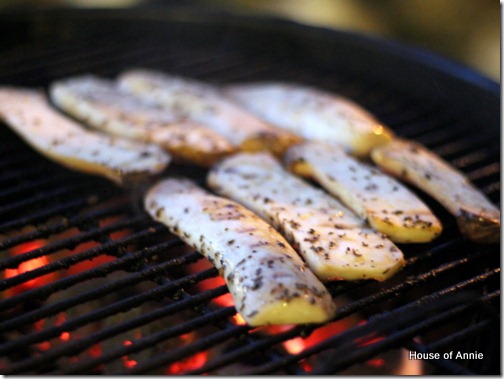 We served the fajitas with some fresh pico de gallo, avocado slices, chopped green onion and squirts of lime. All atop some homemade tortillas. No sour cream needed – these were delicious as is! The fajitas were filling, and I felt good eating them.

Do you have a favorite grilled veggie recipe? Share it with us below in the comments!

For its use of mushrooms, I am entering this in the Weekend Herb Blogging roundup, organized by Haalo and hosted this week by Simona from Briciole