Here’s a fun and cute way to use up the leftover dough and filling after making a batch of Traditional Baked Mooncakes. 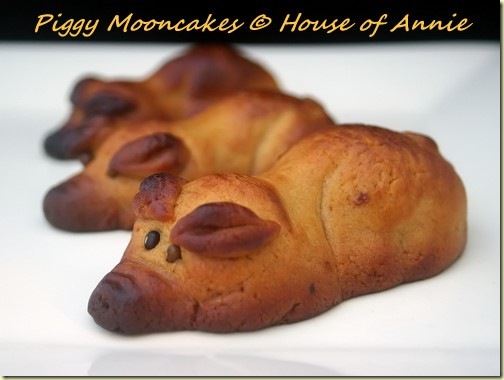 Remember the Three Important Tips I had for making traditional baked mooncakes? They were 1) Patience, 2) Precision, and 3) Play. Well, I guess you could call this play too but I had to make it a separate post.

Being that you only use so little of the skin dough in each mooncake, you are likely to end up with extra portions of mooncake skin dough.  This dough is actually really yummy on its own. 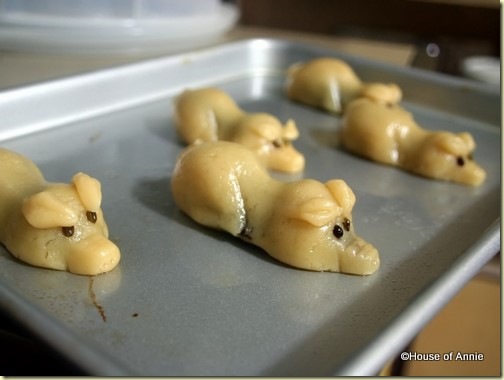 We Chinese are not known to waste food and so the leftovers were used to make little biscuits in the shape of animals.  Pigs and fish seem to be common themes though I have no idea why. Sometimes, there is a little filling in them and at other times, they are made with just the dough.  Either ways, they are good eats.

Piggy Mooncakes Getting an Egg Wash 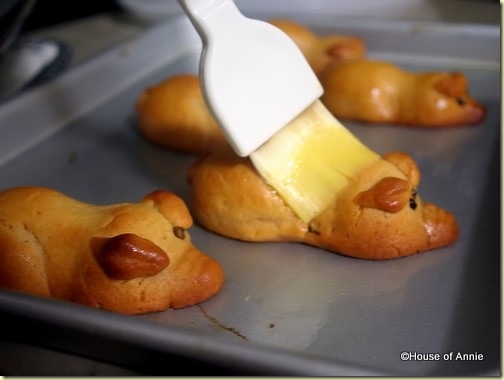 To make them is so much fun.  Esther wanted to make them too and she said that it was like playing with playdoh which I agree. Watch this video for a demonstration on how you could make your own:

Esther and the Three Pigs 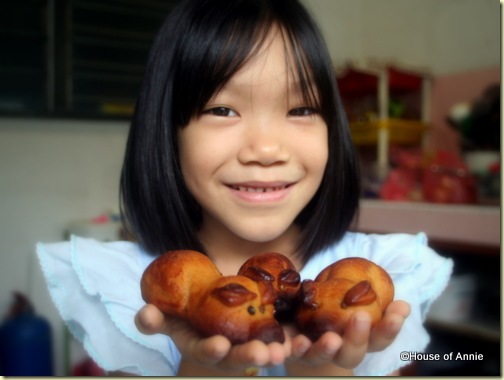 37 thoughts on “How to Make Piggy Mooncakes”