Here’s lookin’ at you, rib. 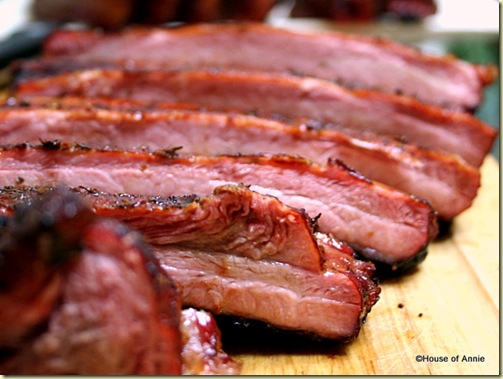 I smoked up a batch of ribs in my Weber Smokey Mountain cooker over the weekend. Half the batch was done using my usual rib rub but for the other half, I wanted to try something different.

A couple months back, I saw a post on Eating Club Vancouver doing “Greek Ribs with Tzatziki”. It was an adaptation of a recipe by Peter M of Kalofagas called “Baby Back Ribs from the Greek Side”. It looked so delicious, I knew then that I had to try the recipe. But instead of baking my ribs in the oven, I would smoke them in my smoker.

Almost any recipe can be adapted, especially when certain ingredients are called for that you do not have. Here are the changes I made: 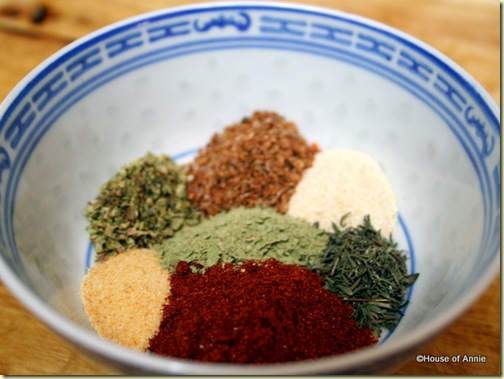 Mix the ingredients well and sprinkle them onto the ribs, on the bone side as well as the meat side. Let that sit while you start the coals for the smoker. 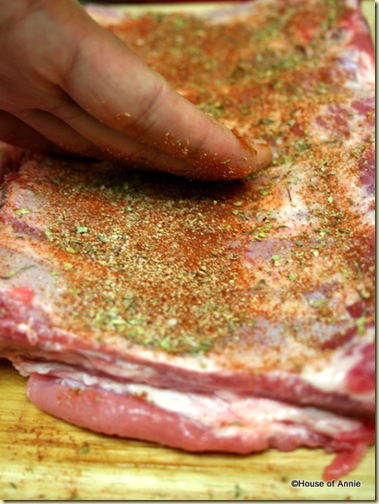 The ribs went in the WSM (Weber Smokey Mountain) cooker, which was running at around 250*F in the dome cover. The charcoal was lump mesquite charcoal, and I used a combination of pecan and apple wood for smoke. 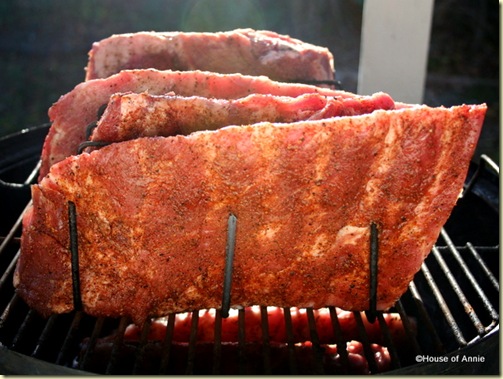 The ribs cooked for about 3 and a half hours in the smoke before I pulled them. They had a really pretty bark on the outside, and a nice, deep smoke ring all around the meat. Though most of the fat was cooked out, the meat was still juicy. Looks good, eh?

Overall, I’d say that these ribs were some of the best I’ve had in a while. They had lots of subtle flavors compared to the bolder and more straightforward flavors of my usual salt/pepper/sugar/garlic/onion rub. I noticed the paprika right off the bat. But I felt that it could have used more oregano.

Everyone enjoyed the ribs, even our friends’ 3 year-old son, Thomas. 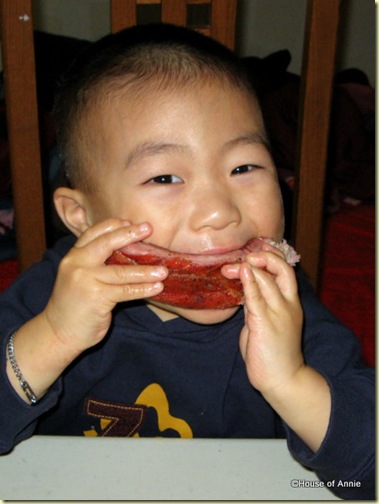 Next time around, I’ll definitely add the lemon and the pepper. I’m also tempted to reduce the amount of paprika and increase the oregano. There are some other herbs and spices I’m tempted to try as well. But, all in good time. I’m just glad to know I have another good rib rub recipe to add to my repertoire.

Do you have a favorite rib rub recipe? Leave a comment and tell us about it!