This is not the dinner I intended to cook tonight. 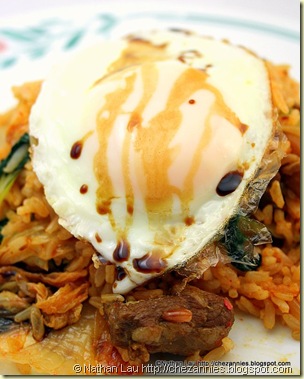 I had recently written a post with a recipe for KL Hokkien Mee that I saved to draft for Nate to fine-tune and add pictures (all the pictures I had tried to take of KL-style Hokkien Mee sucked–obviously, Nate is the photographer in this family).

So, for the sake of a nice picture (and also because I do like Hokkien Mee a lot), I decided to cook it again for dinner tonight.  I had most of the ingredients already and had gone out yesterday to get the noodles from the Asian grocery store.  I told Nate that I would wait for him to come home before cooking dinner and had everything prepped and ready to go when he got home.

Nate came home, took out his new toy and set up his new tripod, (he even changed the lights in our kitchen) and we were all set.  I had the wok out and started cooking.  First the oil and garlic, then the pork, shrimp, fishballs, 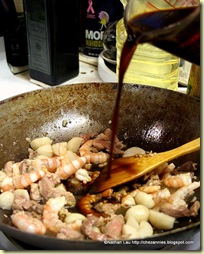 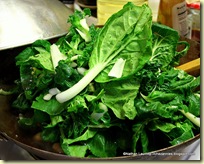 Everything was working really well.  I could taste the dish already. 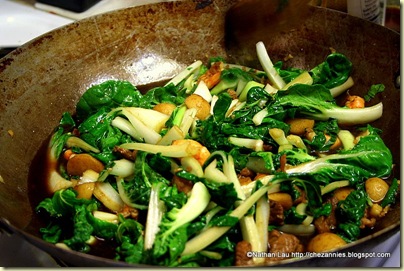 Then came the noodles…the noodles, what can I say about the noodles.  This brand of Taiwanese noodles has never failed me before. 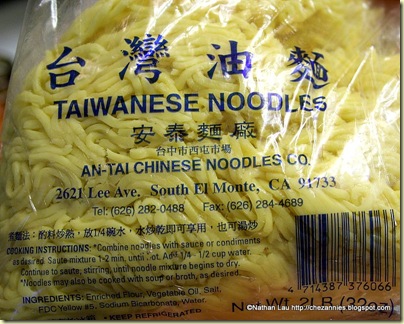 It has good texture, doesn’t need precoooking, and absorbs the flavors of the sauce well.  It was wonderful.  I had found the noodles that I loved for this dish when others had not worked as well.  I really liked this noodle…a LOT…until tonight. 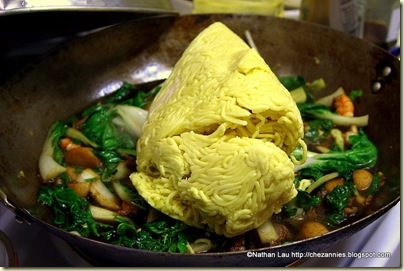 I frowned a little because the texture wasn’t quite the same–it broke apart as I tried to separate the noodles.  As in, broke apart into little, tiny pieces that were no longer noodle-like!  And the more I stirred it into the sauce and fillings, the more it broke apart. 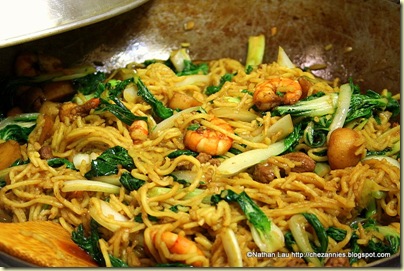 At that point, my frown was followed by dread.  I leaned in, took a whiff and smelled very yeasty, overly sour noodles.  Oh no!  No! No! NOOOO!!  Baaaaad noodles!

Being very pake (cheap Chinese), I immediately told Nate to fish out all the good stuff (shrimp, meats, fishballs).  I was quite upset.  Now what were we going to do for dinner?

This is when I thank God for LEFTOVERS.  We had some leftover rice in the fridge. We had a large jar of kimchee.  We had eggs.  So, kimchee fried rice was what I ended up making for dinner. I took the saved good stuff from the Hokkien Mee and combined it with the kimchee fried rice.  I figured the bacteria from kimchee would overpower the little bit of spoiled yeasty noodles clinging to my good stuff. 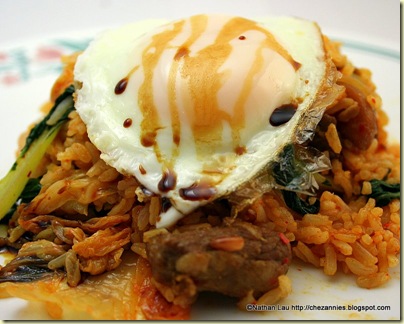 Yes, we’re still alive, and no, I didn’t feed this to my kids.  They had leftover soup (did I already say thank God for leftovers?).

The Hokkien Mee post is still ready to go and, aside from this bad experience, is a really good recipe which can be put together quickly.  We will be posting it soon and hope that you have better luck with the noodles than I did today.

Not Your Finest Moment?

Have you ever saved a kitchen disaster?  Don’t be shy! Leave a comment and tell us about it!

13 thoughts on “Not My Finest Moment”