We had a huge piece of halibut sitting in the freezer that we needed to use up. We defrosted it, and cut it into several fillets. Annie decided to take a few of the fillets and make a sweet and sour fish dish (that’s for another post). I took the remaining fillets and coated them with a couple tablespoons of Old Bay Blackened Seasoning. 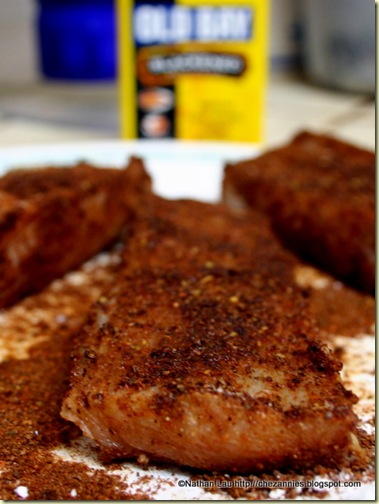 I heated up a couple tablespoons of veggie oil in my cast iron pan over medium-high heat, then lay down the fillets when the oil got hot enough. 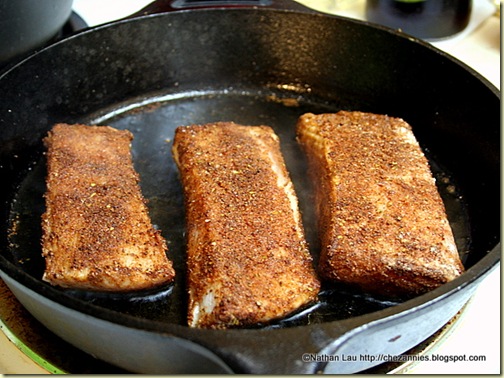 Wait about 4-5 minutes, then flip with a spatula. Cook another 4-5 minutes. 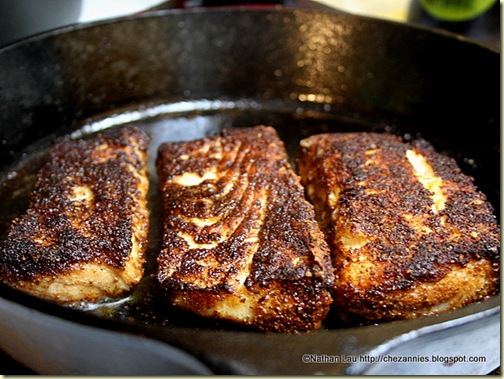 When the fish felt done, I removed them to a plate to cool. Talk about a quick dinner! 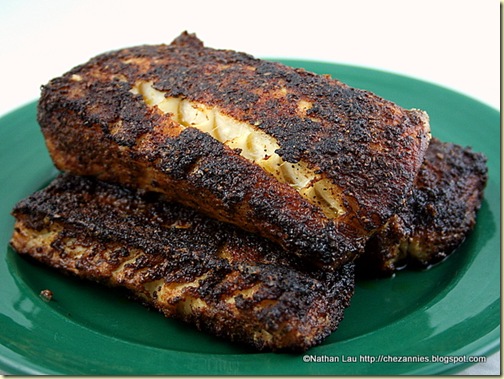 Seriously, I think this Old Bay Blackened Halibut recipe is as easy as, or even easier than the Old Bay Blackened Shrimp recipe I did before. The fish came out pretty tasty, with a mild pepper heat and the distinctive celery seed notes of Old Bay. The only thing I would advise is that it is better to cook this outside so you don’t end up with a house smelling of fried fish.

A Note About the Cast Iron Skillet

I don’t think I’ve shown us cooking with this cast iron skillet before. I actually got this Lodge brand skillet back in 2007, when they were going for a good deal at Costco. But it hasn’t seen as much action in our kitchen as our other non-stick pans. I only have pictures of a pan-fried ribeye, a roast chicken, some popcorn, and the homemade whole-wheat tortillas that I did last year.

Of course, I have been cooking other things with this pan (just not taking pictures!), and carefully following the instructions to season it. Slowly, the cast iron skillet’s surface has been getting more and more non-stick.

So now, when I cooked these Old Bay blackened halibut fillets, they did not stick to the pan at all! They got a nice crust, and slid right off the bottom when I had to flip them. And clean-up was easy as well. Just wipe it down with some paper towels and brush out some of the remaining crispy bits.

I’m really happy to have gotten these cast iron skillets, and look forward to years more cooking with them!