Continuing our visit to the Sarawak Cultural Village at Damai, Kuching.   The next act of the Cultural Show was the Penan blowgun hunter dance. He was pretty fierce looking, especially when he pointed it at certain audience members

Penan Blowgun Hunter: You Lookin’ at Me? 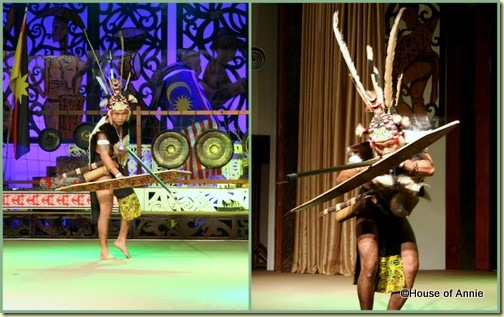 Here’s a video of him hunting some balloons:

I think he was saying, “watch the balloon, not my butt!”

For the final balloon, he picked out a white girl from the audience and let her have a try at shooting the balloon.

The final group to dance was the Malay people. After their number, all the dancers came out and invited some audience members to join them on stage for a final, fun jig. 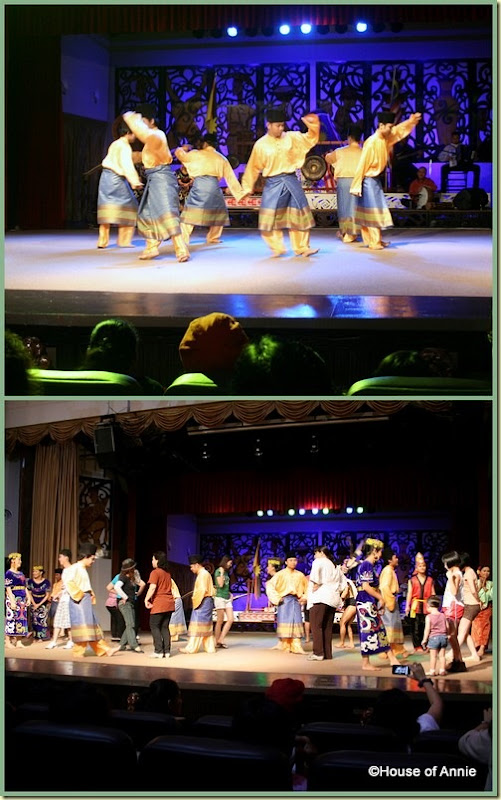 After a quick bathroom break, it was back out to the village, and 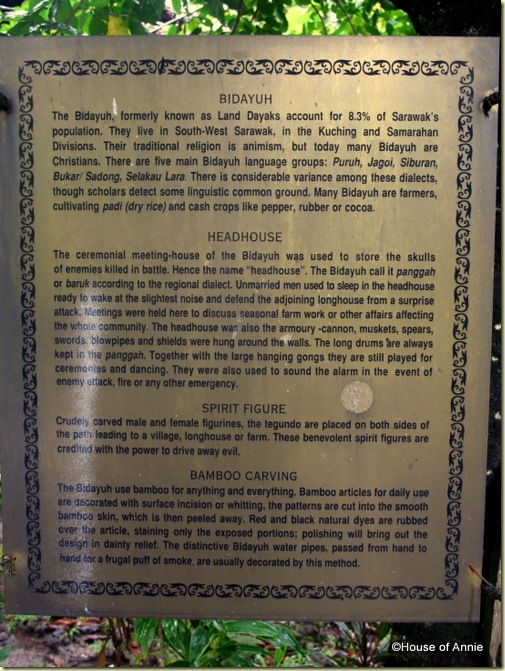 The house is actually two structures – a Bidayuh longhouse and a “head house” where the Bidayuh headhunters kept their weapons as well as their enemies’ heads. Over in the working side of the long house, a woman was demonstrating the technique for rice hulling and separating while the men inside were demonstrating their prowess at bamboo carving and blowgun shooting. 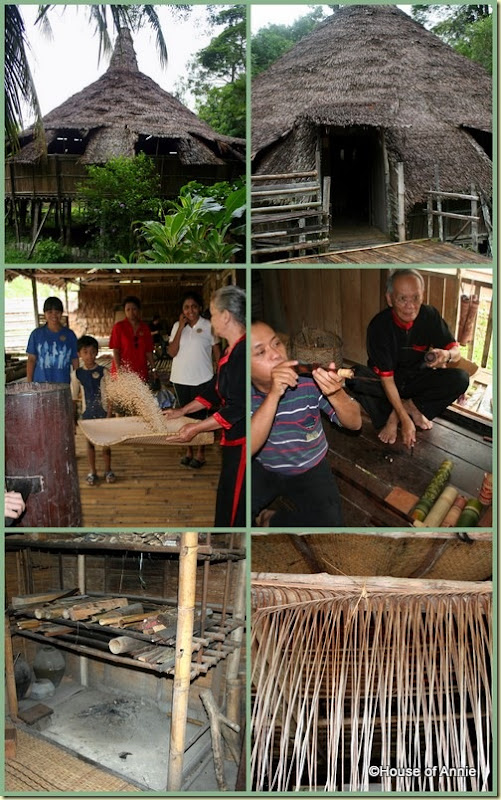 Adjacent to the Bidayuh house was 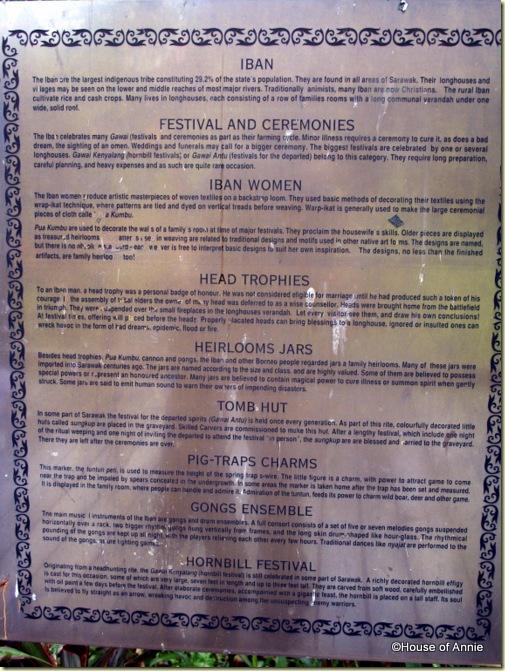 What I noticed about the house was that the Ibans used tree bark for their wall siding whereas other groups used lumber.  Inside were displays of Iban weaving as well as this woman who was making kueh jala – a deep fried confection made by drizzling a mixture of rice flour and palm syrup into hot oil, using a coconut shell that had many small holes pierced in it. (We bought a pack of 3 and brought them home to eat – they are sweet, crunchy, and highly addictive!) 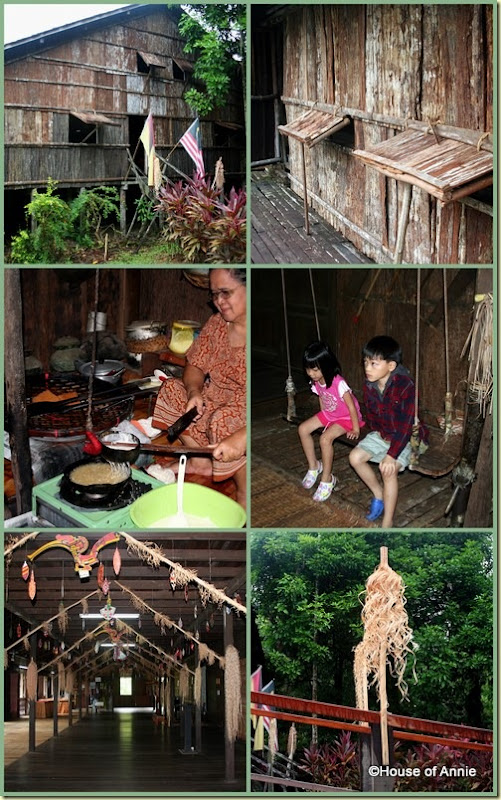 Finally, we came to 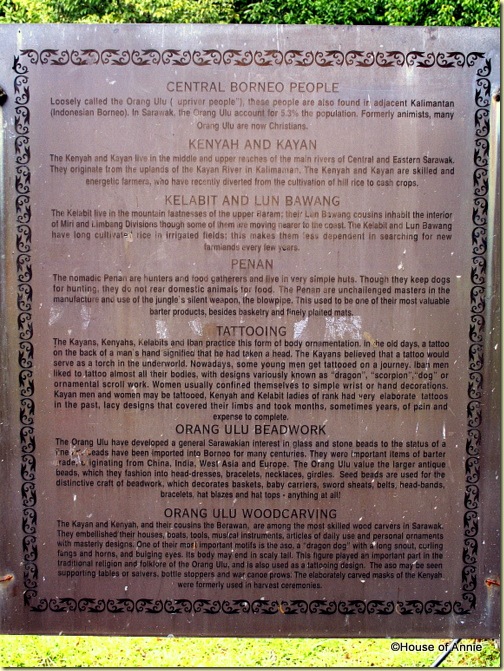 The Orang Ulu is a name given to the different ethnicities living in the mountains and jungles of central Borneo.  The house is a very tall structure, even taller than the Melanau House.  Upstairs, a man was demonstrating the carving of the sape – a stringed musical instrument similar to a guitar but only using two strings. 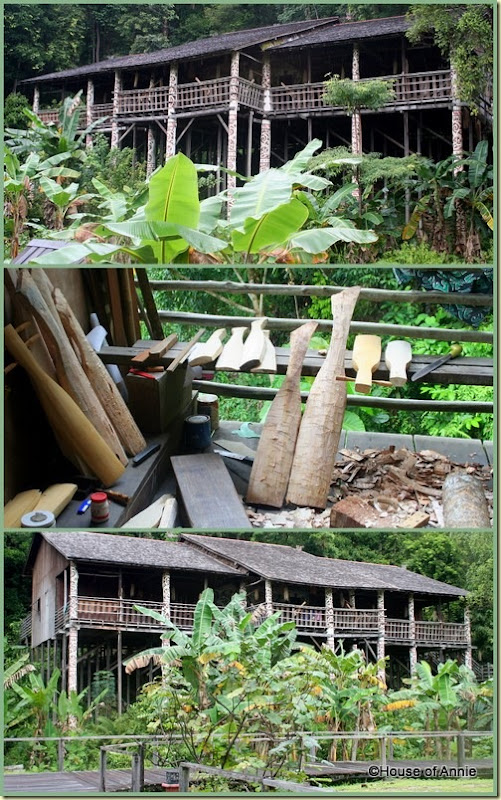 After a brief stop at the Penan House to have a try at shooting a blowgun, we headed back to the Malay House for some more food 😉

Then we had to go. I snapped a few more pictures on the way out. 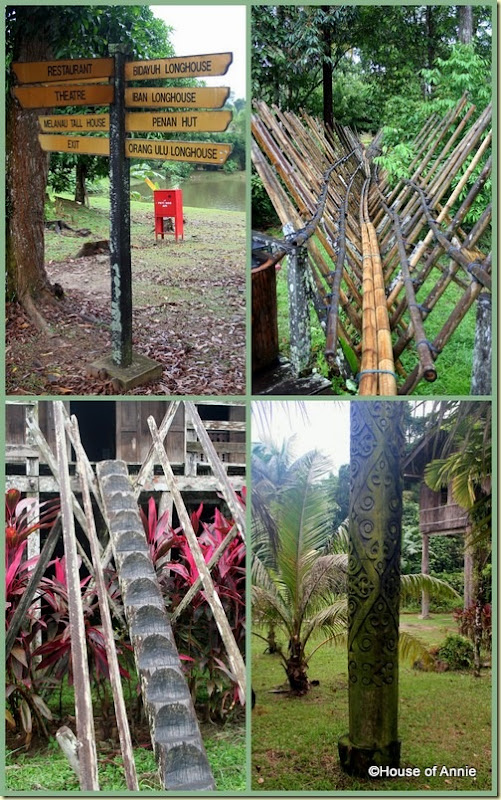 If you come to Kuching as a tourist, there are lots of things to see and do. The Sarawak Cultural Village should be high up on that list. Do make plans to come anytime.

As for local Sarawakians, don’t go anytime – wait until it’s a public holiday and they have better discounts.  The best holiday to go? Raya, of course!  What’s not to like about free food? 🙂