Annie’s mum is from Singapore, and we haven’t seen the Singapore side of the family in over 4 years. With the long weekend created by the Wesak Day and Gawai holidays in Sarawak, we had a great excuse to book a trip over to see the relatives. On the first day we arrived, Annie’s aunt invited all the cousins over to her house for some popiah and other good food.

We had a good time hanging out at Aunty’s house and catching up with all the relatives. In the late afternoon, we had to catch a taxi to our next destination. Here’s Esther and Daniel’s reactions to what they saw: 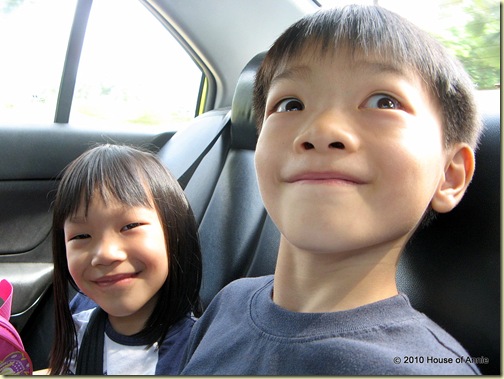 Off in the distance is the Singapore Flyer, a giant Ferris wheel similar to the London Eye. At 165 meters high, it is (currently) the tallest Ferris wheel in the world. Along the outside of the wheel are 28 enclosed capsules from which people can stand and view the Singapore city and coastline during its half-hour rotation. 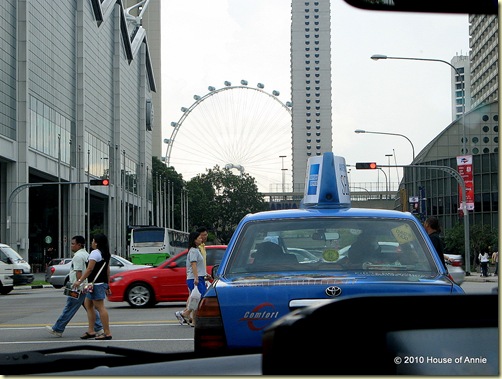 Though it was crowded due to the Wesak Day public holiday, the line moved steadily through the various gates and rooms up to the boarding platform. You have about 30 seconds between the time the capsule doors open and the staff usher you inside, and the time the doors close. Then, it’s up, up, and away!

Waiting to Board the Singapore Flyer 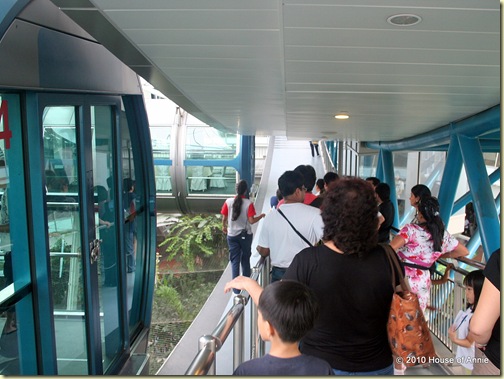 As the wheel turns and the capsule rises, you see more and more of southern Singapore’s landscape. Actually, there isn’t much land to see, as most of it is covered by high-rise buildings. Singapore is the world’s 3rd most densely populated country, even higher than Hong Kong! To the east is the Marina Bay Golf Course, and the East Coast Parkway runs off into the distance towards Changi Airport. 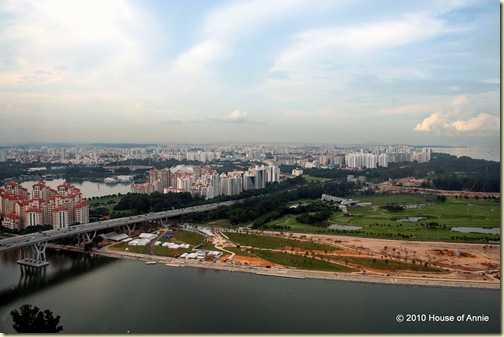 Directly north of the Flyer is Marina Bay. The Merlion Statue right in front of the Fullerton Hotel is dwarfed by the Singapore Central Business District’s skyline. The Merlion used to face open ocean before land reclamation projects created the Marina Centre and Marina South areas. So much has changed as Singapore has built new land and new developments! 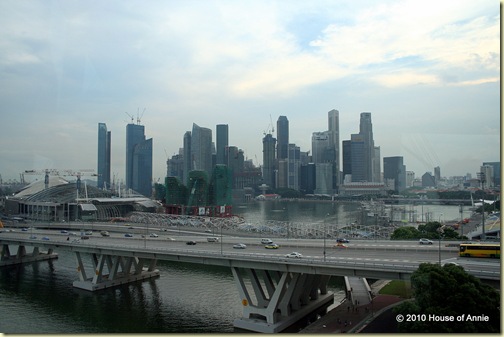 In fact, those developments continue as we speak. To the west of the Flyer is the Marina Bay Sands integrated casino resort. Joining the three high-rise buildings is the SkyPark, an interesting boat-shaped feature that will have the world’s longest elevated swimming pool. Across the Expressway is the Garden at Marina South, a redevelopment of the Marina City Park which will include a climate-controlled conservatory. 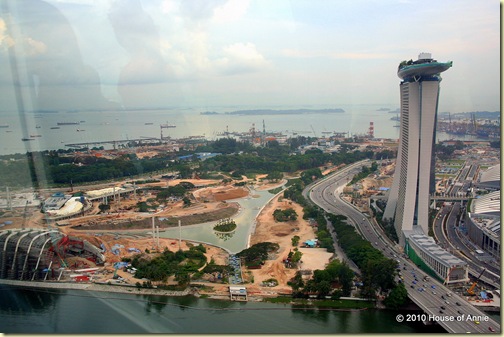 We returned to Earth just as the sun set. 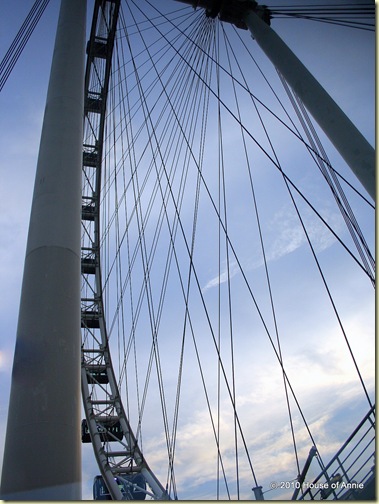 By then, we were ready for dinner. We didn’t have any plans, so we decided to check out what was available right there at the Flyer’s terminal. There was a Popeye’s Louisiana Kitchen outlet, but I didn’t feel like fried chicken. Then there was the O’Leary’s Sports Bar & Grill, but they were closed for a private function. So, we decided to try out the Hibiki Japanese Restaurant…

Which we will talk about in our next post!

One thought on “Singapore Flyer”