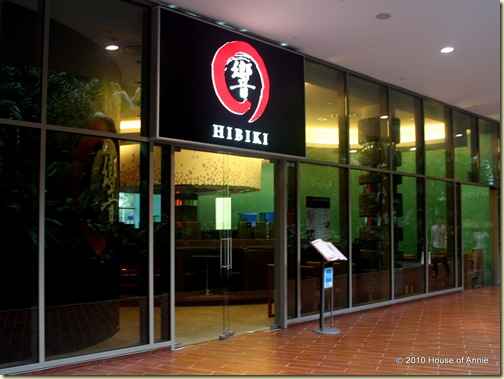 In California and Hawaii, we’ve been spoiled for good sushi. Whether it was Tokkuri Tei in Honolulu, Akane in Los Altos, Sakae in Burlingame, or the inimitable Sushi-Man in San Francisco, we feel that we’ve experienced some of the best sushi around. Despite the fact that Kuching is known for its fresh seafood, however, it is not known for having good sushi restaurants.

Our friends Mike and CW both told us to bypass the local Kuching sushi restaurants and just wait until we get to KL or Singapore. Well, we made it to Singapore, we were looking for a place to have dinner after our trip on the Singapore Flyer, and we found the Hibiki Japanese Restaurant on the ground floor of the Singapore Flyer terminal. Let’s have some sushi!

Sushi, or Not Sushi? That is the Question

Nowadays, we eschew buffets because Annie and I don’t really eat that much and neither do the kids. We never get our money’s worth like we used to when we were ravenous teenagers. But what the heck, we’re on vacation! We decided to just go for it.

The buffet system at Hibiki is not what you’d normally expect. Instead of having all the food laid out on a long table at room temperature, you just tell the waitress what menu selections you want and she’ll run back to the kitchen where they prepare your order. It’s a little slower this way, but at least the food is at the correct temperature.

First to come out was this chawanmushi, a savory steamed egg custard with mushrooms. It was very light and tasty. The kids gobbled theirs right up. 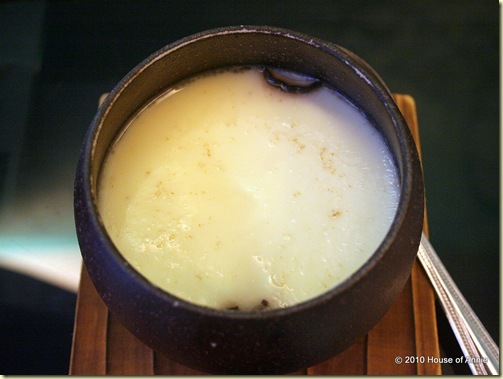 Hibiki doesn’t have much in the way of sushi, but they do have some maki (rolls) like the inside-out California roll and soft-shell crab roll. They also had some sashimi selections, including salmon, swordfish, and amaebi (sweet freshwater shrimp). The salmon was amazingly fresh, while the amaebi were quite enjoyable. We ordered a few more plates of these.

Sushi and Sashimi at Hibiki Restaurant 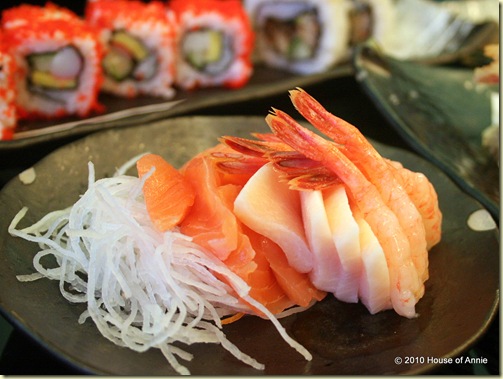 Annie’s mum ordered up some shrimp and veggie tempura. Also quite nice, but I think the batter was on the heavy side. 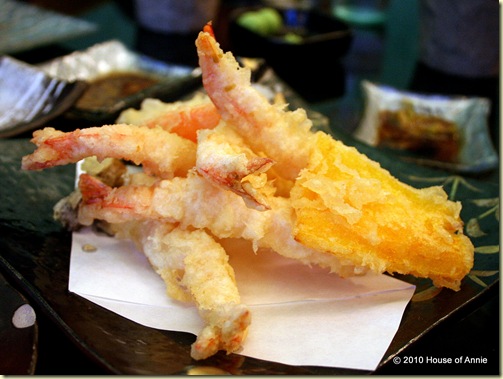 We ordered a few grilled items as well, including the asparagus wrapped in pork belly (awesome!) and this nice chicken yakitori. Both these items got extra callbacks. 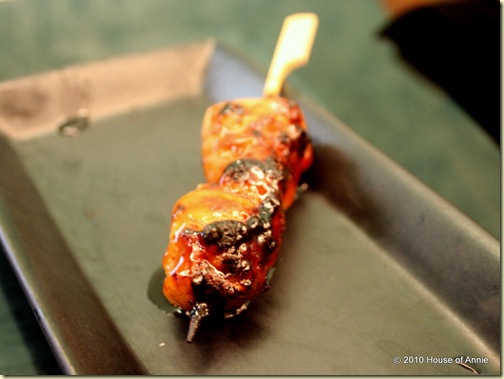 There were a few misses among the dishes, like a dismal agedashi tofu (no bonito shavings? come on!), a boring tabemono, and a grilled unagi fail (too much ginger, didn’t taste right). Service was okay, but the two waitresses got slightly overwhelmed when tables started filling up and they were preoccupied running back and forth from the kitchen. The dessert course was this tart pomelo-flavored jelly, which, though a bit sweet, was a nice save. 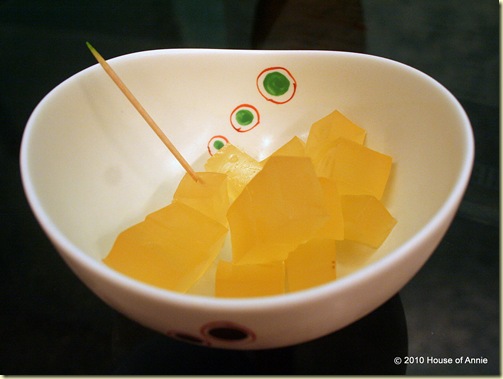 With all said and done, we came out a few pounds heavier and about 150 Singapore dollars lighter. Quite full, but not quite satisfied because we still didn’t get the sushi we wanted. At least the weather outside was nice and balmy so we could walk off (a bit) of dinner.

Here’s a shot of the Singapore Flyer from the ground level at night. Like the Flyer, we’ll come ‘round Singapore again. Maybe we’ll find some really good sushi next time. 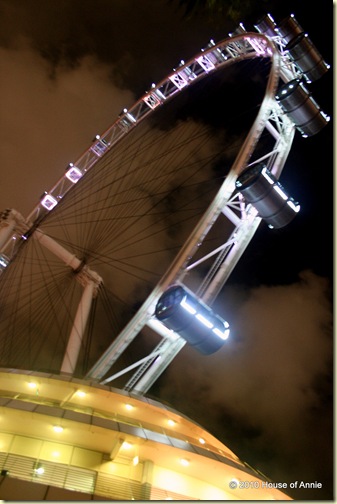