Memories of the fantastic dessert platter served to us at Pah Ke’s Chinese Restaurant in Kaneohe, Hawaii sparked the idea for this dish made in Royal Selangor’s pewter Jelly Mould. I really enjoyed Chef Siu’s “soy milk custard” and wanted to try to make it myself one day. The Jellyriffic “Get Your Jelly On” Challenge seems like the perfect opportunity to make my own soy milk panna cotta. 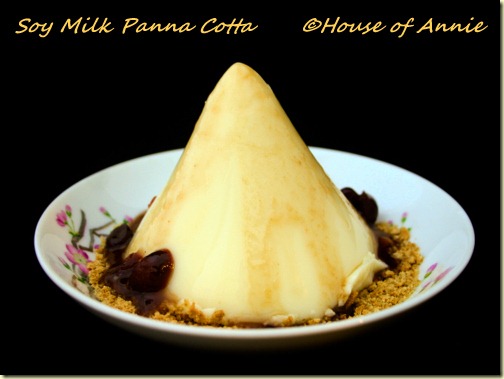 Fortunately, the lovely Ravenous Couple Hong and Kim just posted their Soy Milk Panna Cotta with Red Wine Sauce just as I was beginning to look up recipes. After getting some advice from them, I set out to make it.

adapted from The Ravenous Couple

1. Heat 1 cup of soy milk in a saucepan over medium heat. Stir in the sugar until it is dissolved.

2. Sprinkle the gelatin powder over the other cup of soy milk and let it bloom. 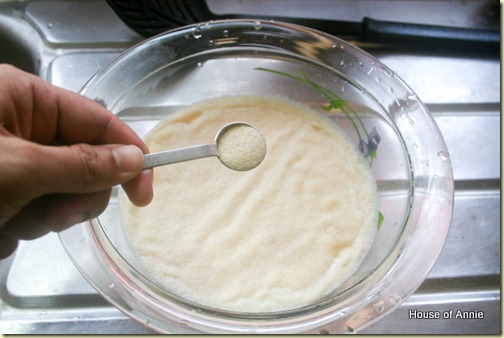 3. Pour the warmed soy milk onto the cold and stir in until all the gelatin is incorporated. 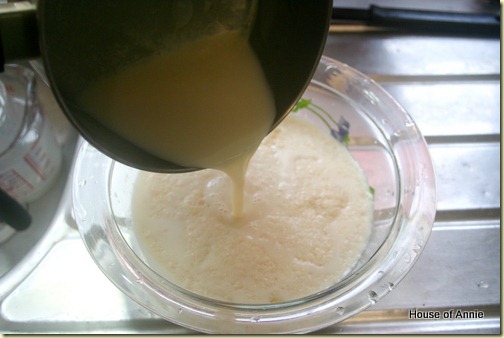 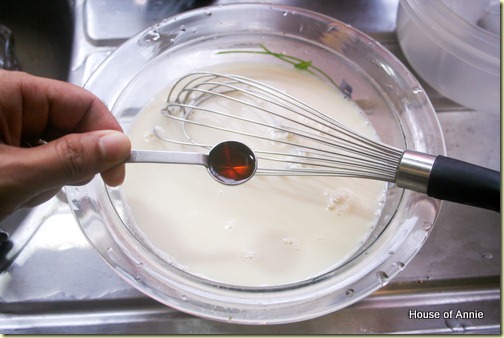 5. Pour the milk into the jelly moulds and refrigerate for at least two hours to set.

6. Before serving, heat up 1 Tbsp of plum jam and 1/2 cup of water in a saucepan. Stir to to dissolve the jam and reduce to make a thin syrup. Stir in the dried cranberries to reconstitute them in the syrup.

7. Crush 5 or 6 cinnamon graham crackers to make a coarse powder. Sprinkle on the bottom of a plate. Turn out the set soy milk panna cotta over the cracker crust, then drizzle with some of the syrup and cranberries.

Compared to the stiffness of the Dragonfruit Agar-Agar from yesterday, this soy milk panna cotta was very loose, even softer than tau foo fa (silken tofu). But it was good. The plum and cranberry reduction played a nice, sweet-tart role, while the graham cracker crust added extra texture and an intriguing cinnamon flavor. Overall, I was very happy with this dish – my first panna cotta, of which there will be many more! 🙂

Two jellies down, twenty-eight to go. The other bloggers are also posting some very nice recipes. So won’t you play along?

Purchase a Royal Selangor Jelly Mould, and start making some of your own fantastic jellies. The proceeds go to support the Breast Cancer Welfare Association of Malaysia. Malaysian customers will also get a chance to win their own Olympus Pen Lite E-PL3 camera! 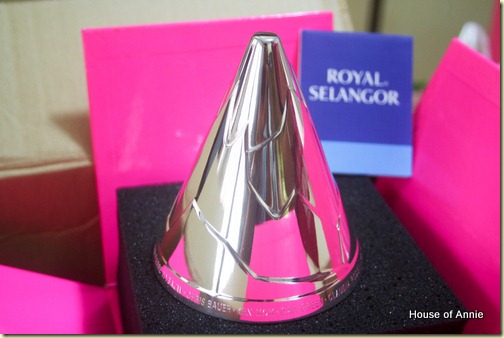 Breast cancer fact: breast cancer is the most common cancer among all women in Malaysia. Visit the Breast Cancer Welfare Association of Malaysia website for more information.