We arrived in Japan and got our train tickets for the Narita Express to Yokohama Station.  The scenery at the beginning of the ride was beautiful, with acres and acres of verdant rice fields along the way. 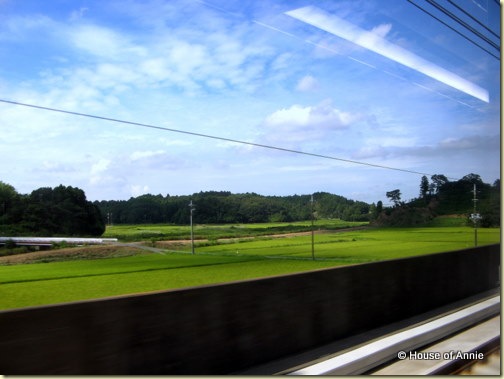 As we got closer to Tokyo, though, you start to see less and less green and more and more tall buildings.  The Express dove under the city, so we didn’t get to see much of it until we were well past it.  Tokyo would have to wait until another day…

It was about 10 am by the time we got to Yokohama Station, and we were famished. There are lots of restaurants all around the station, but most of them seemed to be closed until 11 am. One place, called First Kitchen, was open, though. They seemed to be specializing in pasta dishes, so we got ourselves a plate of spaghetti each: Tarako and Nori, and Bacon and Black Pepper. 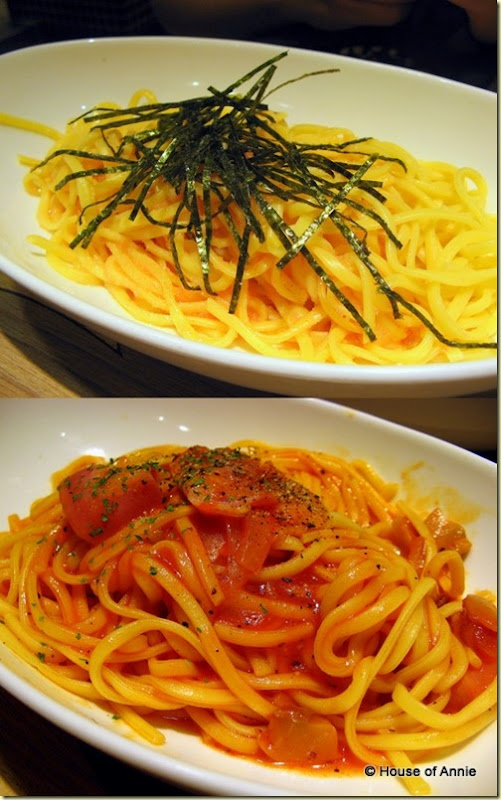 Have you ever had tarako spaghetti before? Tarako is cod roe. Yep, fish eggs!  But you have to believe me when I say it makes an AWESOME sauce for spaghetti. Especially when fried in butter! The spaghetti was sooooo good.

After satisfying our cravings, we got back on a local subway to go to our hotel and drop off our bags. Then it was back to Yokohama. Annie’s friend told her about getting an all-day pass to ride public transportation within the Yokohama metro area – only 550 yen!  We used the pass to get on this Yokohama city tour bus, which takes you all around town past different landmarks and attractions. 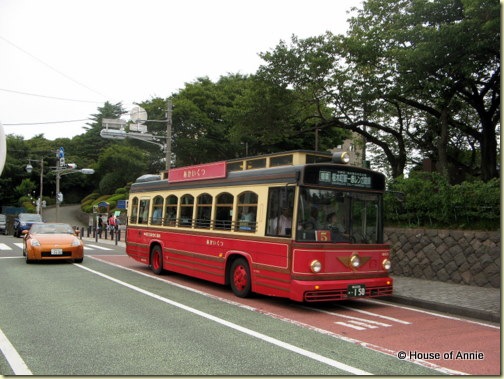 One of the places I really wanted to stop at was Yokohama Chinatown.  It is one of the largest Chinatowns in the world, with many large and ornate gates sitting at various intersections.  Though the streets are open to car traffic, it seems like the pedestrians rule the road here. There were so many people there that day, the sidewalks just could not contain them. 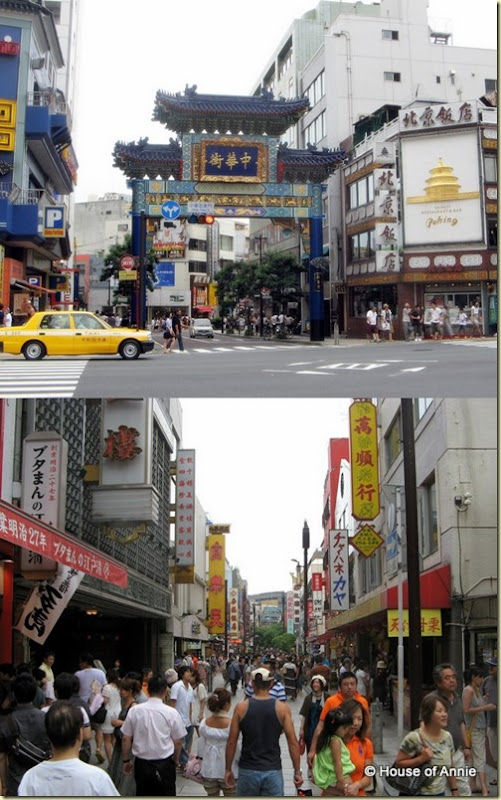 There were lots of things to eat, from various stores, shops and restaurants on every street. We got these pan-fried dumplings, hot off the griddle. The dumpling skins were crispy and bready while the filling was appropriately porky.  Served with a light vinegar and soy dressing, they were a nice snack to fill a hungry stroller’s stomach. 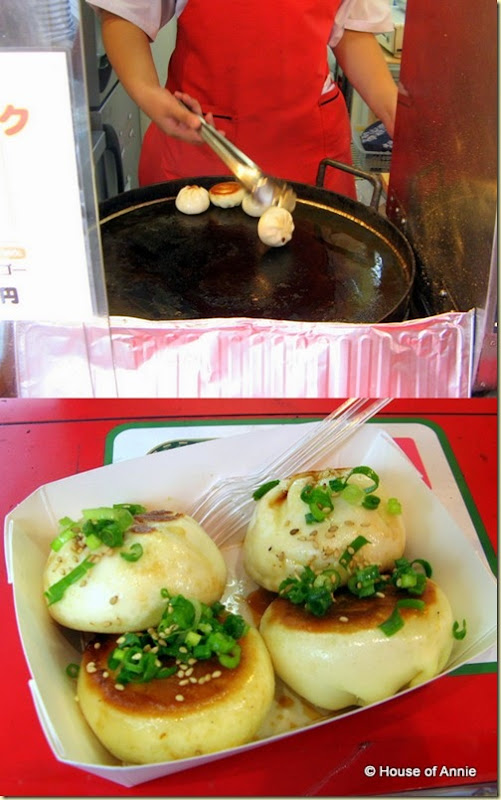 One interesting stall that we ran into was this one, run by a man who was making Dragon’s Beard candy:

The rest of Chinatown was kind of a wash, though. On every street, you see stores hawking the same things and stalls all selling roasted chestnuts. These stalls all have the same gimmick – a half bag of chestnuts sells for about 1,000 yen.  But if you show interest, the seller will make a big show of pouring another half-bag into it, indicating a 2-for-1 deal.

It seems like a deal, doesn’t it? But really, who would pay roughly USD $10 for a small bag of roasted chestnuts?  Suckers that we were, we did. 🙁

After a while, Yokohama Chinatown started to feel kind of boring. So we got back on the city tour bus, went up the hill, and got off at a scenic lookout overlooking the Harbor. Then it was back down to the Yokohama Station. It was getting toward the late afternoon, and we wanted to head over to nearby Shin-Yokohama, to go see (and eat at) the Yokohama Raumen Museum.

Which we will talk about in our next post. Stay tuned!