You may think that our recent trip to Hawaii was just to eat but no; my baby sister was getting married and we had to be there to celebrate with her. 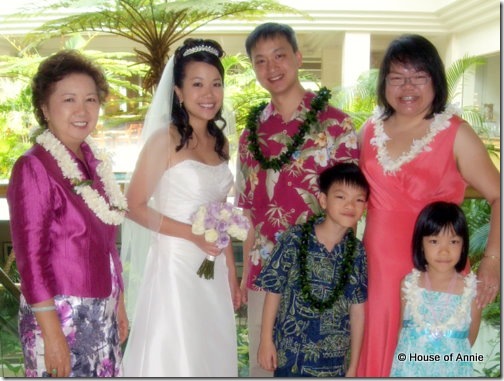 My sister is a planner. She’s been involved in planning for so many of her friends’ weddings. So you know that her wedding was going to be perfectly planned.

The wedding was held at the Ko’olau Golf Club, on Windward side of Oahu. It’s a breath-taking location, with the Ko’olau mountain range standing majestically in the background. We came for the rehearsal on Thursday afternoon, where everyone was handed their assignments (she’s the planner, right?) Before too long, the rehearsal was done and we were ready to go to dinner with the future in-laws. 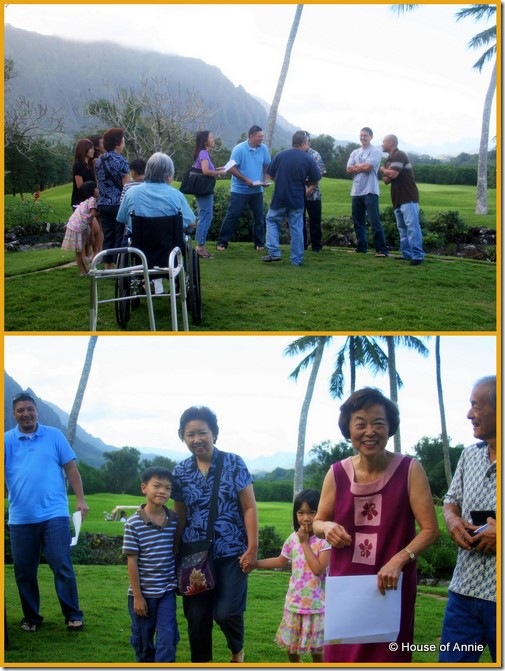 They chose Joyful Garden Fine Asian Cuisine, in the Windward City Shopping Center, because it was their favorite neighborhood Chinese restaurant. They know the staff quite well, so service was great. And so was the food.

We got Peking duck, honey walnut shrimp, deep fried taro cake with duck, minute chicken cake noodle (almost as good as Pah Ke’s) steamed fish with soy sauce and green onions, fried rice, and much more. I couldn’t believe how much food they ordered! We were so stuffed by the time we left. 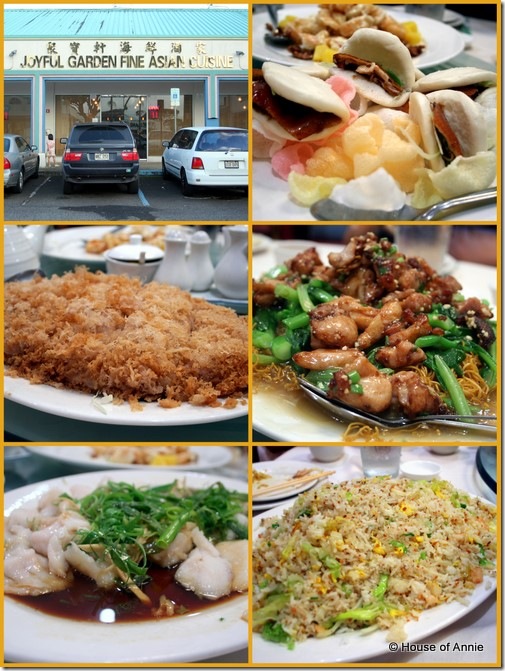 Saturday morning we had to show up early at the Koolau club for the formal wedding pics. It was shot mostly for the wedding party so we had some time to take pics for ourselves. As you can see, Hawaiian-style weddings are casual, and guests can wear Aloha attire instead of jackets and ties. 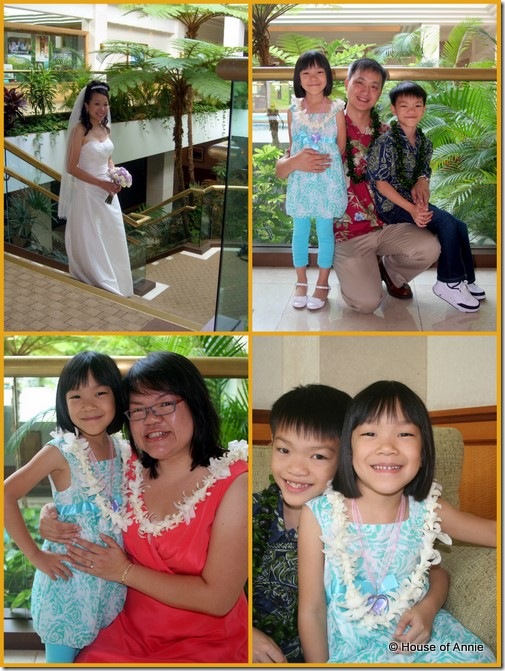 It had rained earlier in the morning (a “Hawaiian blessing”) but the skies cleared in time for the ceremony. With all the guests assembled outside, we were ready to begin. I originally had the duty to escort my grandmother but since she was unfortunately in the hospital, I had the honor to escort my mom instead. Doesn’t she look great?

My niece and sister were maids of honor. The matron of honor was my sister’s best friend from work and her daughter was the flower girl. 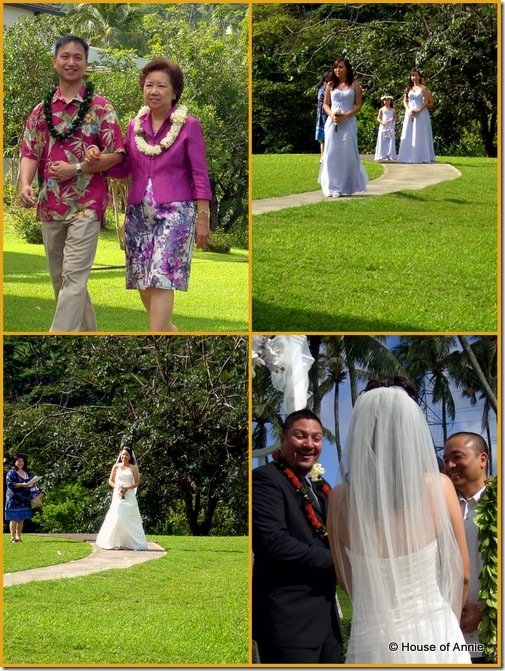 Finally, it was her turn to walk the “aisle”. You could see how happy she was to be taking those steps that she’d been dreaming about ever since she was a little girl. She seemed to be savoring every step on the path to her party.

It was a non-religious ceremony, so the officiant kept things short. A few “repeat after me”s, some “I do”s, and it’s done. Next came the marriage certificate signing and the after-ceremony picture taking. 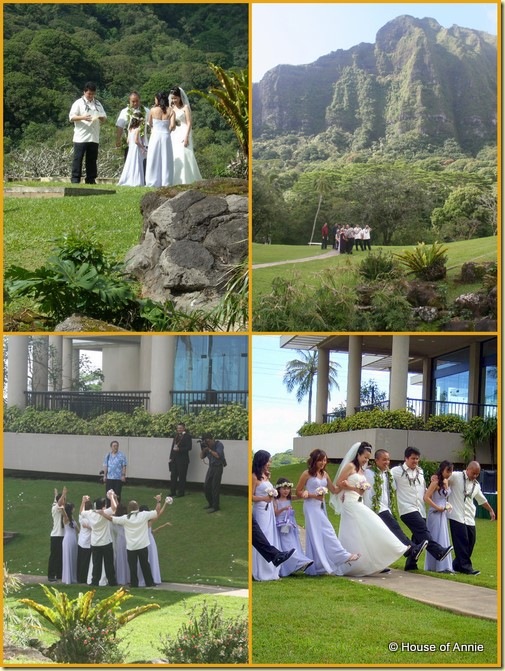 The reception was held in the main banquet hall at the clubhouse, just a short walk up. Very convenient for attendees with short legs. 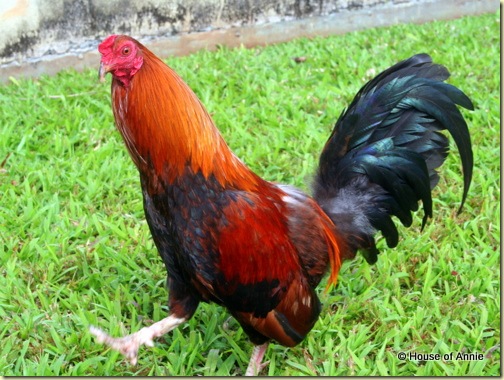 I’ll have more pics from the reception (you know I gotta show you da food!) in Part 2.

We still have lots more posts about our eating adventures in Hawaii, so stay tuned! Subscribe now and get all our latest posts sent to your Inbox or your RSS reader.

9 thoughts on “A Hawaiian Style Wedding”