Loving bell peppers is easy when stir-fried with chicken and black bean sauce. 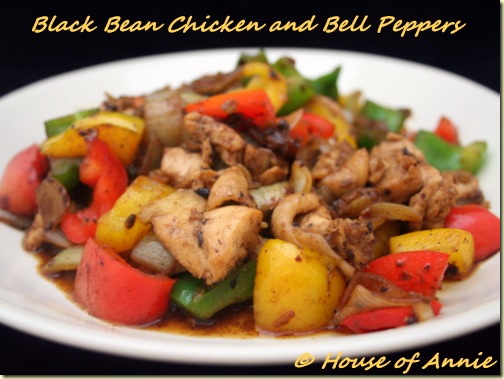 When I was younger, there were certain vegetables that I didn’t care for—bittermelon, celery, watercress and bell peppers (specifically green bell peppers). These vegetables tasted bad to me except for watercress (that one I just didn’t like because it was so stringy—we mainly had it in soups and I could never chew it enough to swallow it).

When I met Nate, he had his own food dislikes but they didn’t match mine. I was incredulous that he didn’t like mayonnaise, bananas, and asparagus. Those were all things that I loved. So it didn’t come as too much of a surprise to me that the things he loved, I didn’t – especially bell peppers. And this particular dish of stir-fried chicken with bell peppers in black bean sauce is one of his favorites.

Thankfully these days, I am just as fond of bell peppers as he is. I do think that what Jeffrey Steingarten had to say about trying something many times before saying you dislike it is true. As I’ve eaten bell peppers (and celery and bittermelon), I’ve actually come to like them. And once I discovered the colored bell peppers (red, orange, yellow), I totally fell in love with them. They are so sweet and delicious.

This particular dish really brings out the best in bell peppers—they stay crunchy and their sweetness is accentuated by the saltiness of the black bean sauce. I just love this dish and I also love the fact that it is such a simple meal to fix up! It doesn’t hurt that Nate loves this dish too so whenever I make it, he always has an extra helping of rice to go with it.

Ingredients:
2 Tbsp vegetable oil
2-3 cloves garlic, minced
2 chicken breasts, cut in half length-wise, then sliced medium thin
1 yellow onion, large diced
3 small bell peppers (one green, and the other two colors are up to you), large diced. If your peppers are very big, just use two or half of each.
1 heaping Tbsp black bean sauce
1/2 tsp sugar (or to taste)
freshly ground black pepper 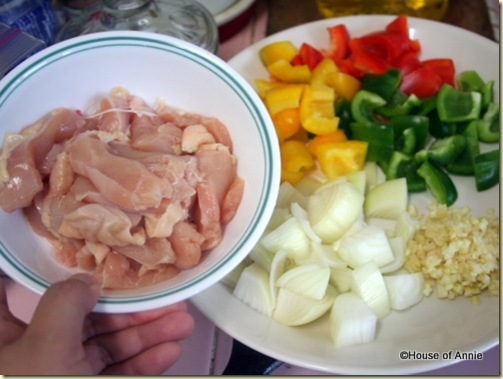 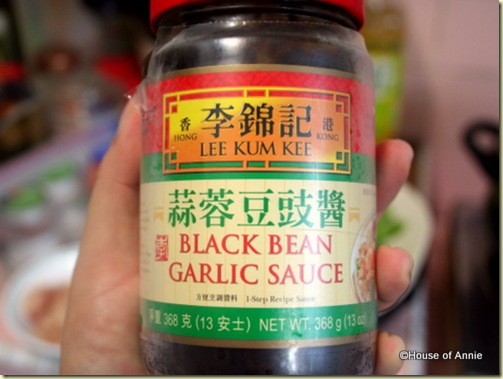 Method:
1. Heat up the oil in a wok over medium high heat. Add garlic and onions and stir-fry for about a minute. Onions should still be firm.
2. Add chicken breast, black bean sauce and sugar. Toss around until chicken is coated with sauce and cooked through, about 4-5 minutes. 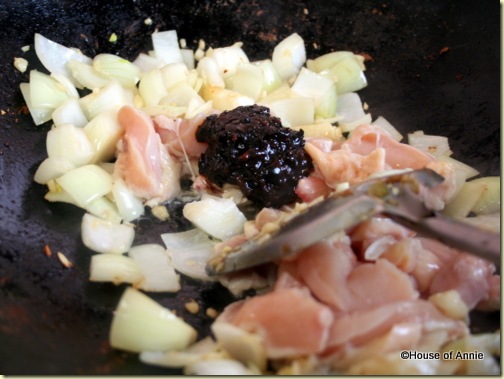 3. Add the bell peppers. Stir it around till coated in black bean sauce, another 1-2 minutes. 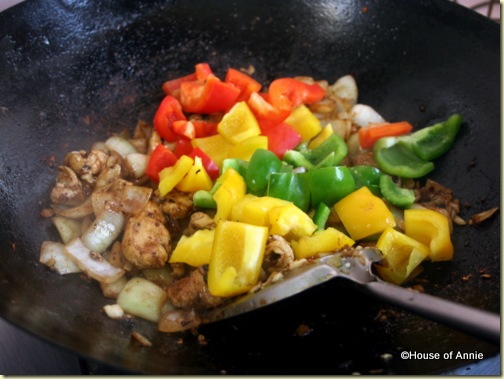 4. Taste and adjust seasonings—if needed, you can add a little bit of soy sauce (but black bean sauce is salty already so make sure you taste first). Add your black pepper.
5. Plate up and serve with rice. 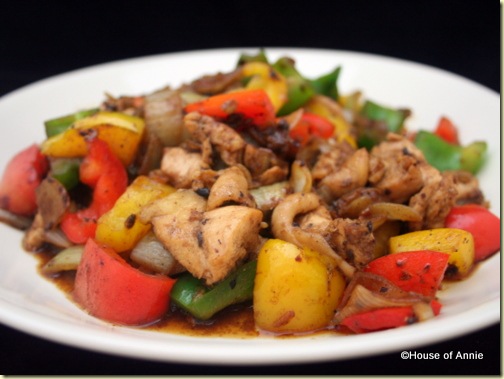 Do you have foods that you didn’t like before, but love now? Leave a comment and tell us!

This post featuring bell peppers was entered in the Weekend Herb Blogging roundup #218, hosted by The Crispy Cook and organized by Haalo.