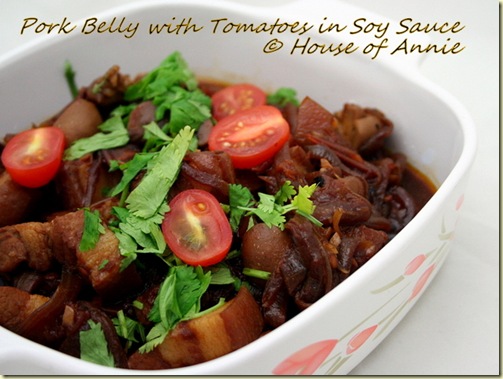 Pork is so tasty here in Malaysia compared to the US. I don’t know what it is but there is just more flavor to the pork meat here. It is unabashedly porky and isn’t dry like what I have found in the US, where I always have to brine the pork for it to taste like anything at all. Maybe it is also because the pork we get here at the market is really fresh and mostly locally raised. Whatever the reason, it’s just delicious.

The interesting thing about buying pork in Malaysia is that if you go to the wet market, you will find all the pork vendors in a separate part of the market away from the rest of the other meat vendors. Pork is non-halal for Muslims so whenever you want to buy pork, you need to buy it from a special section. The same happens if you go to a grocery store—they have a special section for all the non-halal items including some imported desserts and foods that may contain lard, gelatin and other pork parts.

The other day, I was at the grocery store in the non-halal section and found some pork belly on sale at a 25% discount. Though it was a thin slice, it had beautiful layers of meat and fat and was just calling my name. I decided that I had to buy it and figure out something to cook later on.

The next day, when deciding on what to make with it, I looked to see what I had and saw that I had some onions and some tomatoes. I decided that I would make a braise with tomatoes and onions and use dark soy to give it a rich salty-sweet flavor. Combined with the tomatoes, this made a really nice braise. So simple and yet delicious.

Method:
1. Heat up oil in a medium-sized heavy-bottomed pot over medium heat. Stir in garlic and onions and saute till onions are just softened.
2. Add pork chunks and let it brown (move onions and garlic to sides). Stir every so often to ensure pork pieces get evenly browned. Season with a little salt. 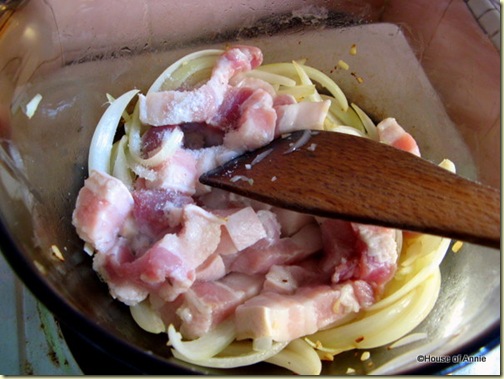 3. Add tomatoes and the rest of the seasonings. Stir to combine well. Once ingredients come to a boil, lower heat and let simmer for 30-45 minutes or until pork is tender. If using mushrooms, add it now. 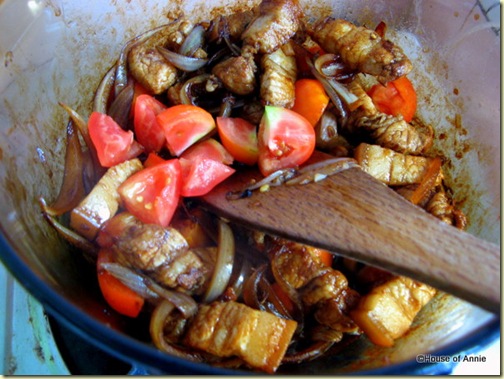 4. Taste and adjust seasonings. The dish should taste salty and slightly tart-sweet from the tomatoes.
5. Plate up and garnish with cherry tomatoes and cilantro.

There you have it, a quick weekday meal. 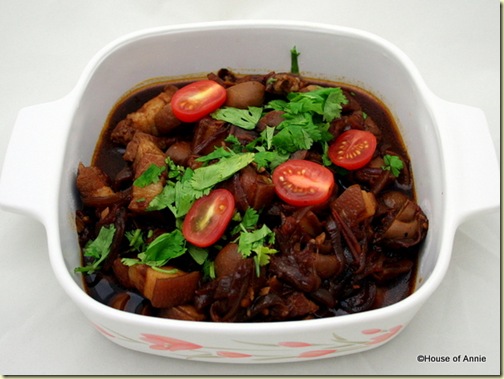 15 thoughts on “Braised Pork Belly with Tomatoes in Soy Sauce”