Do you know the way to Sarikei? I’ve been away so long, I may go wrong and lose my way…

Driving Map from Kuching to Sarikei 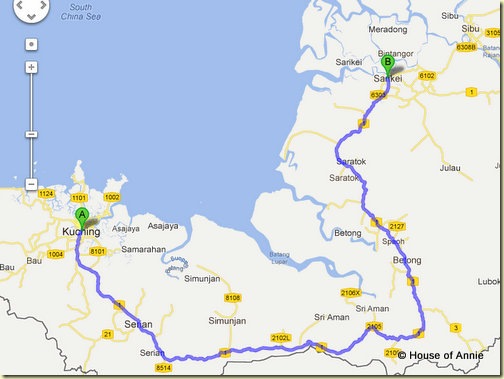 Sarikei is a small town on the central coast of Sarawak, about 348 km or 215 miles drive from Kuching. In our last post, I talked about a few of the things we brought back from our trip to Sarikei. I suppose I should start from the beginning and talk about our journey there.

I’ve Got Lots of Friends in Sarikei

One of our friends grew up in Sarikei, where her family is in its third generation there. Though they live in Kuching, they travel back to Sarikei 2 or 3 times a year during the public school holidays like Chinese New Year, Hari Raya and Gawai Dayak. This year, they invited us to visit Sarikei with them, and we eagerly agreed to go.

The last time we were out this way, we only briefly stopped in Sarikei on our way to and from Sibu. I had always wanted to return for a longer stay, especially because our friends kept serving us really good food sourced from Sarikei. They put together a whole itinerary for us, and so we headed off on the morning of the first day of Gawai.

On the Road to Sarikei 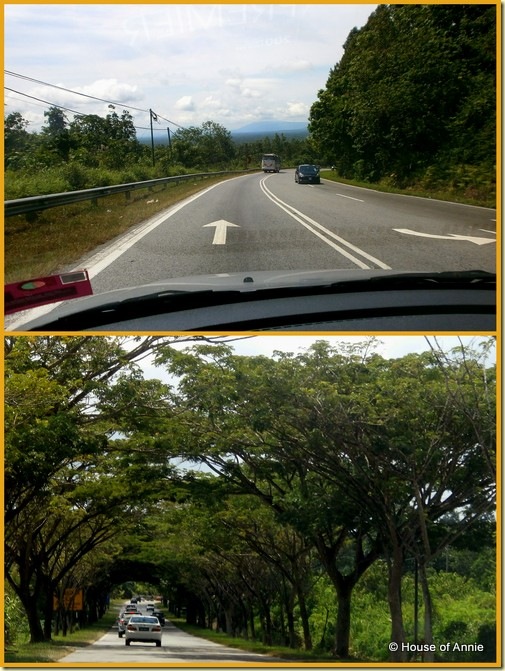 The last time we drove , the road was pretty bumpy, filled with potholes, and uneven in parts. It was so bad, Esther barfed in the backseat, causing an unscheduled stop. This time around, the road was much smoother (the Sarawak elections were held last year, so lots of roadworks were carried out to appease the voters).

There was no barfing this time. Still there were a few bumps along the way…

We headed out of Kuching at 8:30 AM, with plans to stop in Serian for breakfast. Unfortunately, a lot of other travelers had the same idea. Compounding on that, there weren’t a lot of shops open due to the Gawai holidays. So we spent a lot of time just looking for a place to eat and then a place nearby to park.

We also planned to stop over in Lachau, a popular rest stop along the way. Again, lots of other travelers had the same idea, and the parking lot was packed. Further out, I had to top off the gas tank in Betong. Fortunately not too crowded there. And then we made another stop at a small hawker center, newly built at the Saratok junction, for a snack.

Stops on the Journey to Sarikei 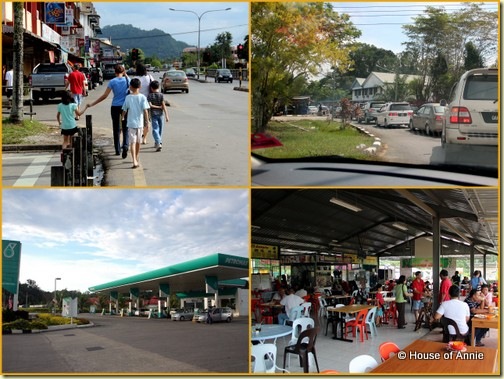 Far Away From Home

All of those stops were right along the highway, but we took an extended detour when friends of our friends invited us to visit their longhouse near Roban, past Saratok. We turned off the highway, went through the tiny town of Roban, and then hit a dirt road. We drove in through a palm plantation, crossed two wooden bridges over an irrigation canal, and then found ourselves at the longhouse settlement.

This longhouse wasn’t an old wooden one like we had seen at the Sarawak Cultural Village. This was made of brick and concrete. There was tile everywhere, and many modern comforts like air conditioning, satellite tv and cellphone service. We were all welcomed in to the friends’ abode, where they served us cakes, snacks and drinks, just like any other “open house” in Sarawak.

It was a welcome respite, and a reminder of how hospitable Sarawakians are. 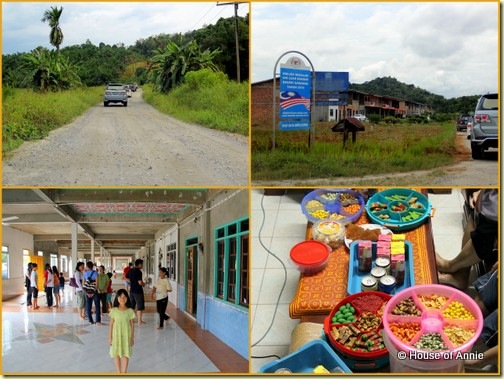 A Place Where I Can Stay

By the time we made it in to Sarikei, it was late afternoon. Our friends had booked us in to the 808 Lodge, an inn located in shoplots in the town center. Sarikei isn’t big enough to have its own standalone hotel yet, but there are a number of lodges and inns like this where travelers can lay their heads.

Due to the Gawai holidays, there were a lot of people visiting their hometown from outstation, so the lodge was quite packed. But we managed to snatch up a room with a “King” Bed and a single, for only 85 ringgit a night (about USD $27 at current rates). Talk about a budget-friendly hotel! 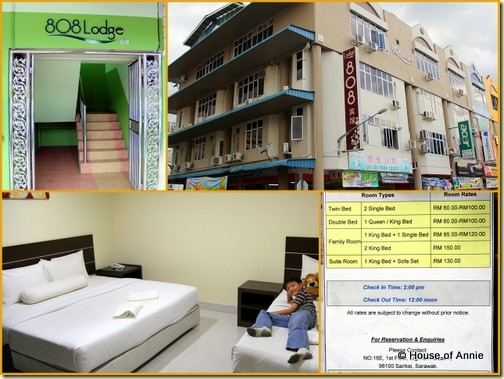 Dreams Turn Into Dust and Blow Away

Early the next morning, I was awakened by the sounds of loud, clomping feet, excited shouts, cheers and clapping. Apparently, there was a wedding party staying in the hotel, and they were carrying on a “fetching the bride” game at 7 AM AT THE HOTEL, while most normal people would still be sleeping! The wedding party was having tons of fun, but I thought it was terribly inconsiderate to the other guests.

In any case, I wanted to get out and take some pictures around the town in the morning light. I’ll share more about things you can see and do in Sarikei in my next post. Stay tuned!

3 thoughts on “Journey to Sarikei”