We enjoyed a classy meal and a night on the town in Yokohama. 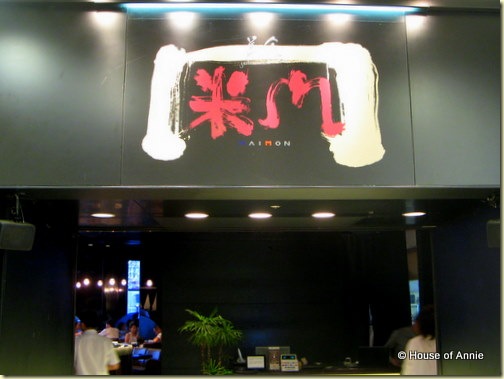 We got off work early and took the train to Yokohama, where we walked the Minato Mirai waterfront to the World Porters Mall. Our hosts had made dinner reservations for us at Maimon Restaurant, upstairs on the 5th floor. The decor was distinctly high-class, not like the homey Za-Watami Izakaya experience of the other night.

After settling down and ordering our (FREE FLOW!) drinks, our starter dishes arrived. First up was a cold medley of raw veggies, including sweet corn, eggplant, grape tomatoes, and cucumbers. Two condiments, sea salt and soy sauce, were presented. Our table mates were impressed by the clear difference in taste they detected in the quality soy sauce. I preferred the simple sea salt, especially on the raw eggplant slices.

Our second cold platter was an array of seared tuna sashimi. Each slice featured a different condiment, from real wasabi, to thinly sliced radish, to a thin slice of lime with grated ginger. The sashimi was so fresh, it melted in my mouth! I really liked the lime and ginger slices. I wished they could bring me another platter of just that. 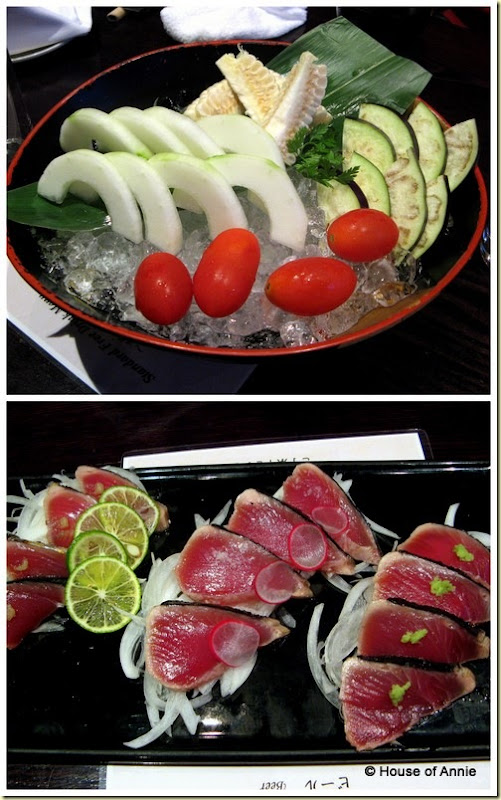 Next out was a plate of tempura. Clusters of shimeji mushrooms and small fillets of whitefish were battered, fried, and served alongside a quartet of fried pimientos de padron peppers (sorry, no pics). Eating these peppers is like culinary “Russian Roulette” because about 1 in 10 of them are extra spicy. One of our tablemates, who happens to be from Russia, got the hot one.

The waitress came and set up a portable butane stove on our table, then placed a heavy iron pan on top, filled with lettuce, bean sprouts and enoki mushrooms. Alongside it came a pot of broth and a platter of tuna sashimi, raw scallops, and raw peeled prawns. It was explained to us that we were to pour the broth into the pan and bring it to a boil, then cook the seafood in the boiling liquid. My friend Yoriko tells me this dish is a “kaisen nabe”.

Even though the dish is intended to be cooked, with fish this good, I just ate the tuna raw. Why mess with perfection? The scallops and shrimp I lightly cooked (mostly because I was impatient to let them go too long in the pot). 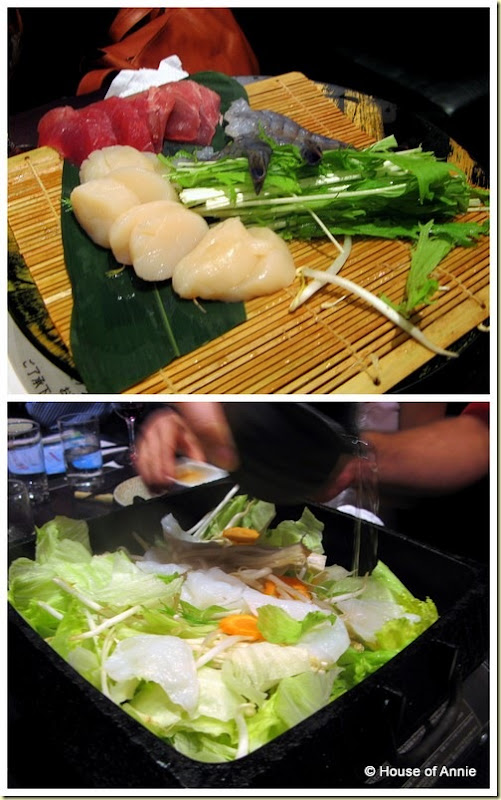 Our last hot dish of the evening was this chazuke. They gave us a bowl of cooked rice (some of it fried like a cracker) and topped with shredded seaweed. On the side was a small dish of pickled radish, grated wasabi, and a drop of ume (salty plum) paste. You add the ingredients to the rice bowl and pour as much hot tea as you like over it. Then dig in! 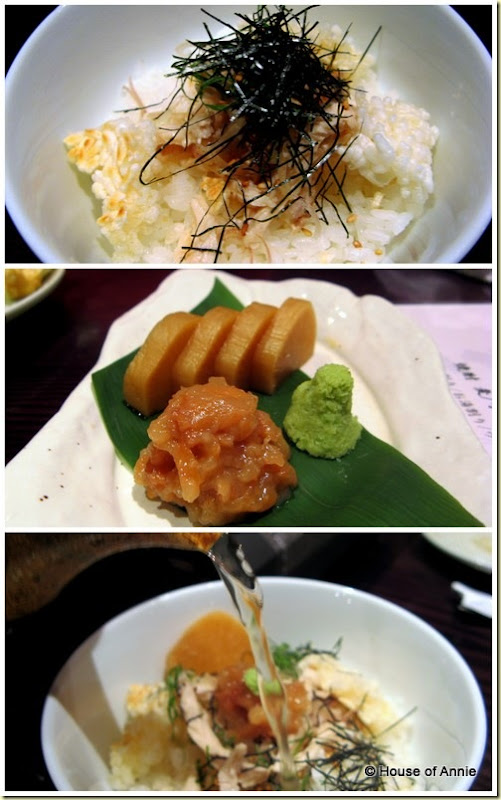 Dessert came in the form of a refreshing peach sorbet. Nice! 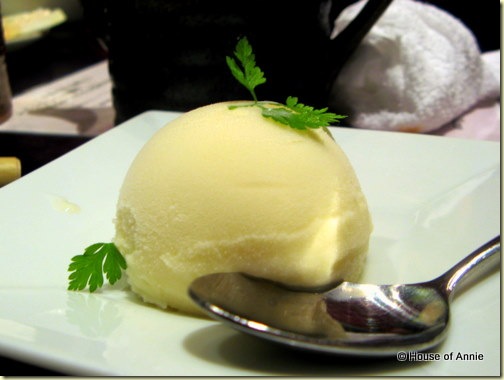 Up On the Roof

After dinner, our hosts took us up to the roof of the World Porters Mall, where we could look back upon the Yokohama city skyline. The weather was clear and cool, and the scene was just breathtaking. All the buildings lit up like that reminded me of old-style anime movies. Now I can see where they got their inspiration. 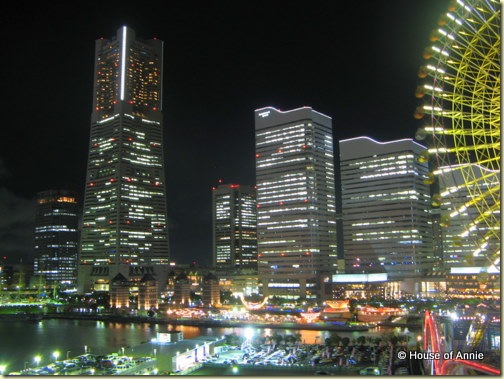 The Cosmo Clock Ferris Wheel is lit up at night, and every half hour there is a special, 5-minute light show. I took a 2-minute video of it. Watch it – it’s quite hypnotic!

After it was over, we headed back toward the train station to return to our hotel. A few of us broke away to have cake and coffee at the coffee shop next to the station. We had to cut it short, though, as the shop closed at 10 pm.

By then, we were getting sleepy. The train ride back was rather quiet, as we digested our meal, both in our tummies as well as our heads.