My colleagues were all wondering where to go for dinner around our hotel in Shonandai. Fortunately,  Akiko (our Japanese friend who gave us the excellent Cream of Corn Soup recipe) had scouted out our area before we arrived.  She recommended the Za-Watami Izakaya restaurant, right next to the Shonandai Station. 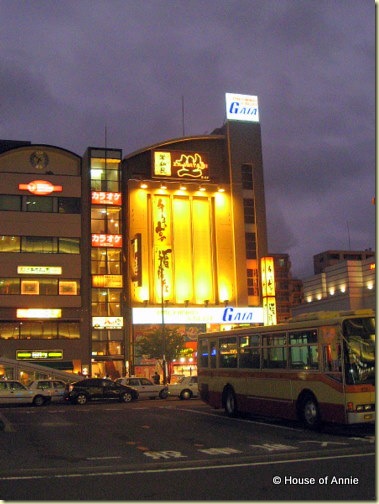 The word izakaya literally means “to sit at a sake shop” – meaning it’s a place to sit down and eat while drinking sake. The restaurant features a wide array of raw, pickled, grilled, and fried Japanese foods, enough to make your head spin. Usually, you go with a big group of people, and you all share the plates. 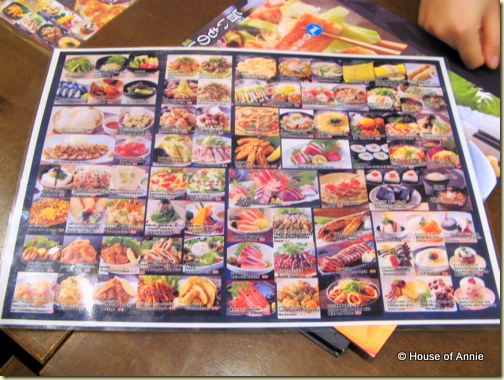 Most of my colleagues were neophytes to Japanese food, especially izakaya-style food. But we’ve had some experience eating at izakayas before ( having gone to Tokkuri-Tei in Honolulu, twice). Annie suggested that each of us choose 1 or 2 dishes that looked good and then we could all have a sampling of the different dishes. If that wasn’t enough then we would order some more.

One of the things that Annie ordered was this shredded daikon salad with mizuno greens and fine strings of katsuobushi (dried bonito) and nori (dried seaweed). The salad had a very light dressing, punctuated by some salty-sweet ume (preserved plum) paste.

One dish that caught my eye was this striking, purple eggplant pickle. The flesh was firm and crunchy with a little give, and it had a delicious briny flavor. Both were good, cold starters to the meal. 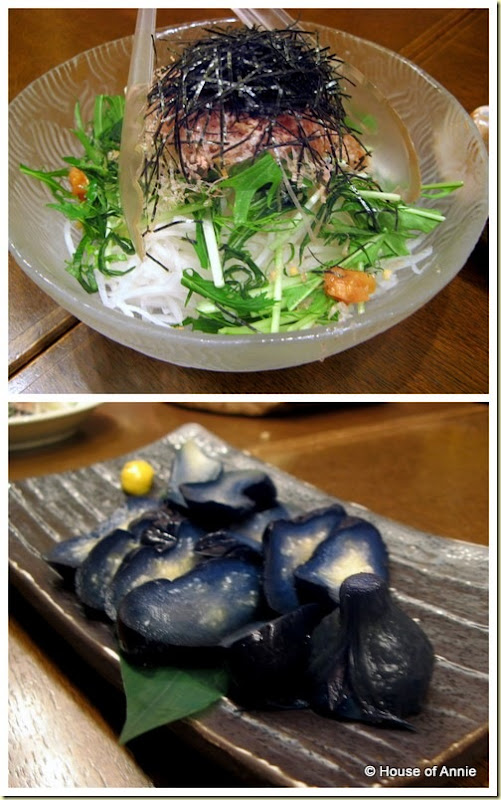 Several of us noticed the pan fried gyoza plate, which was going for a very reasonable 299 yen for 10 pieces. The tako (octopus) carpaccio served with a sweet-tangy mignonette was another dish enjoyed by the sashimi lovers among us. 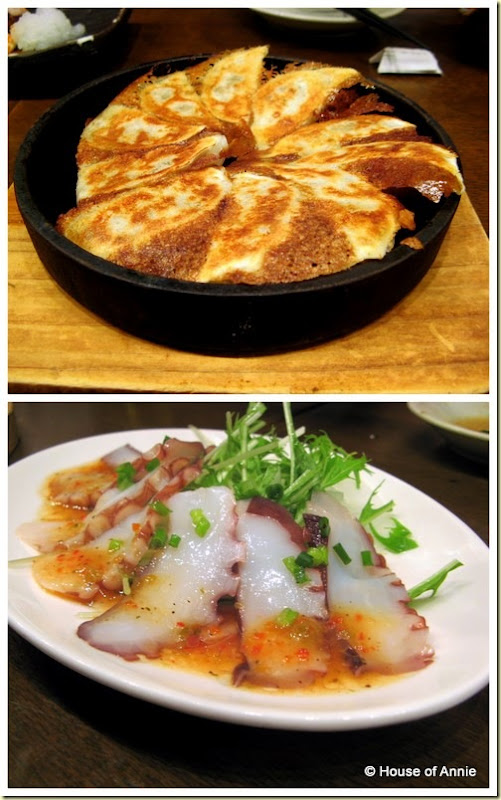 Annie asked the waitress if they had some agedashi tofu, and she said yes. What came to our table though, was not tofu. Instead it was daikon and mochi, both lightly battered and fried, tempura-like, and served in a soy sauce-based dashi. (I wonder if there was some kind of miscommunication there.) Still, the dish was quite good and didn’t warrant returning.

The highlight dish of the whole dinner, though was the butter-fried scallops and shimeji (mushrooms). The butter accentuated the sweetness of the scallops and brought out the earthiness of the mushrooms. They were so good, we ended up ordering a second plate of it. 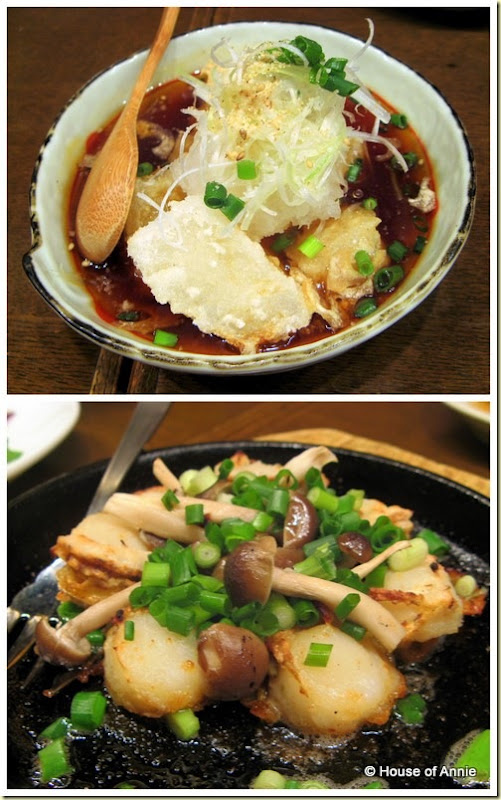 There were a whole host of other dishes that we ordered, including teriyaki grilled pork belly, chicken karaage, sweet butter corn, grilled squid, beef meatballs served on a hot plate with raw egg, and a nabe plate with pork belly and cabbage. One dish that didn’t impress was a katsu chicken stuffed with shiso and tarako (cod roe). It sounded promising but just didn’t have the “wow” flavor factor I was hoping for.

All told, our bill for the dishes plus drinks came out to about 1000 yen per person, which was quite a deal! Everyone was expecting the bill to be higher. It was real value for the quality and quantity of food. Our bill would have been more expensive if we had ordered sake, but we mainly stayed with soft drinks or tea.

Some Points to Note

when eating at an izakaya:

Have you tried izakaya-style dining before? What was your favorite dish? Leave us a comment and tell us about it!

After we were done with dinner, my colleagues went back to the hotel. Annie and I wanted to do some more exploring, though. We walked over to the opposite side of the Shonandai station, where there was a Daiei supermarket just about a block away.

We love just walking around supermarkets, especially Asian supermarkets. There are just so many interesting and enticing foods to look at and try out! One of the items that I picked up was this red bean-filled daifuku wrapped in a cherry leaf. Normally, daifuku are made from mochi – steamed glutinous rice flour. This one, though was made of a jelly-like, transparent skin which was chewy and tacky. I’ve never seen anything like it! 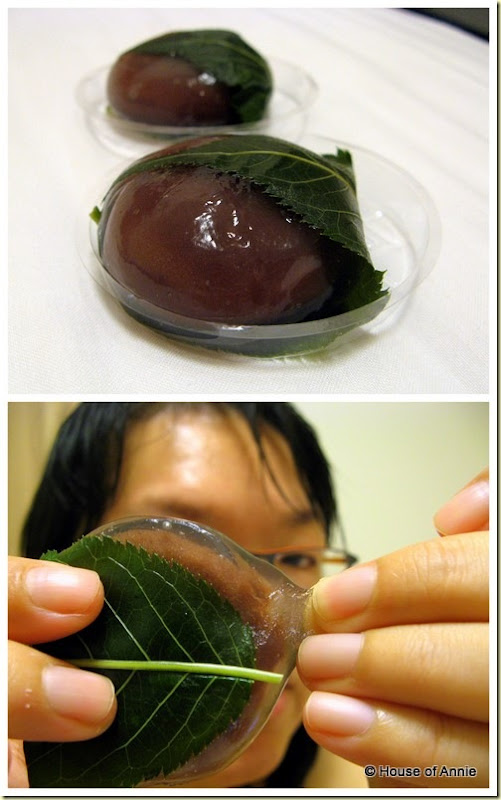 Our adventure in Japan has just begun. Stay tuned for more posts on what we saw, ate and brought back with us!