We’re back in KL, Peninsular Malaysia on a weeklong holiday during the Hari Raya school break. While we love Sarawak and all the unique foods it has to offer (like durian flowers), there are some dishes you just can’t get in Kuching, like Mum’s popiah.

Mum’s Popiah is Still the Best 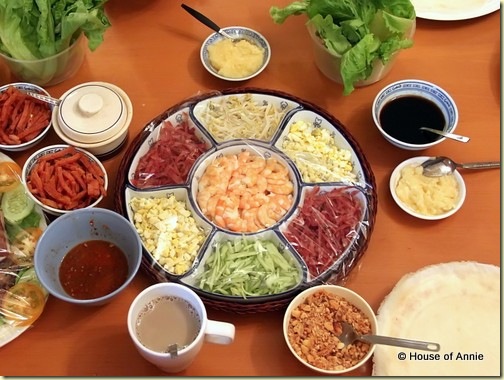 It’s been a while since we were last in KL so we’ve got some pent-up food cravings to satisfy. Halfway through our trip, here’s a short list of things we’ve eaten so far.

One of Annie’s good foodie friends took us out to Fukuya Authentic Japanese Cuisine. It’s one of the best Japanese restaurants in KL, specializing in kaiseki cuisine – high-class, multi-course, seasonal dishes in beautiful presentations. Annie got the sushi kaiseki meal while I ordered the mini-kaiseki set meal. 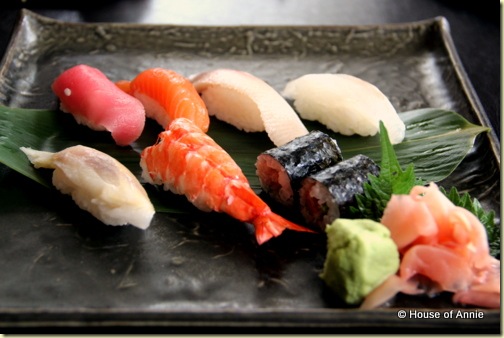 Both sets were exquisitely done. Not quite as perfect as the kaiseki meal we had at Rakushokushu Maru in Shibuya, but remarkable nonetheless considering this is in Malaysia. I will have to cover the entire meal later in another post.

Mum’s birthday is coming up, so we wanted to take her out for an early birthday dinner. We decided on a restaurant which we had gone to last year to celebrate Annie’s dad’s birthday, Pantai Seafood Village. It’s part of a chain of restaurants which features live seafood kept in an array of glass tanks along the wall near the kitchen. 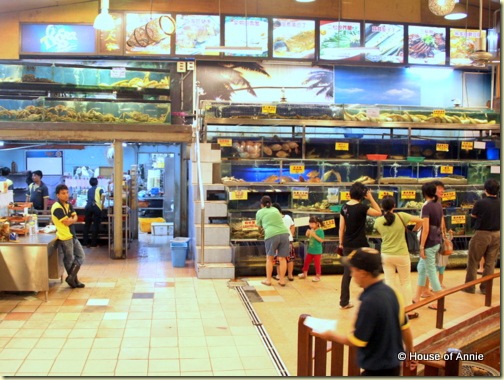 Besides the fresh seafood, the kitchen also turns out other Chinese dishes. Instead of going ala carte like last time, we went with a set banquet menu. There were some hits and misses that I’ll need to cover in (you guessed it) another post.

The shopping choices are kinda limited in Kuching, so one of the things Annie was looking forward to was going shopping in KL. The 1Utama Mega Mall, being nearest  to Mum’s place, is the one we frequented the most. Lots of new shops have opened up since we last visited, including a new Isetan department store. At the top floor is a food court called “Eat Paradise” featuring different Japanese restaurants, including this Gantetsu Hokkaido Ramen.

The foodie friend who took us to Fukuya Restaurant said that this restaurant’s ramen was pretty good. They had a special deal of a bowl of King Chashu Tonkotsu ramen, 3 gyoza and green tea for 29 ringgit. That is what I ordered. 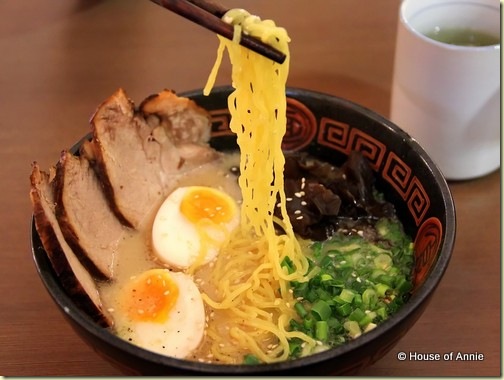 Unfortunately, my high expectations were not met. Though the egg was hard boiled just right, everything else was so-so only. The microwave-reheated chashu was lean but lifeless. The noodles were uninspiring, and the broth was flat. I would say it was a step below Ippudo in Singapore, and nowhere near as good as Hakatakko in Machida, Japan. But, that’s what you get for Malaysian mall food, I guess.

Have you had any mall food that really ‘wowed’ you?

If there’s anything we’ve learned during our time in Sarawak, it’s that East Malaysian cooks can’t do West Malaysian food as well as West Malaysians can (the reverse is also true). Another foodie friend of ours took us to the Ming Tien food court in Taman Megah to order up a whole bunch of West Malaysian dishes. Here, we have Muar-style grilled otak-otak and Penang-style assam laksa. 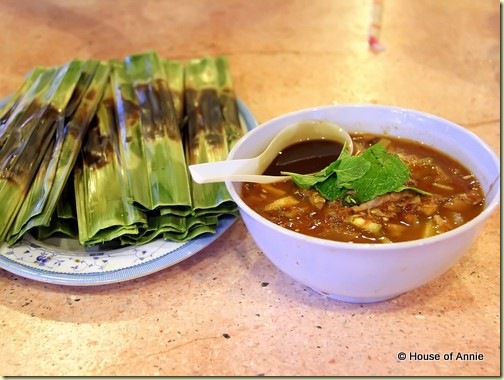 Both were deliciously authentic, and Annie and I gobbled them down. We also got some Ipoh-style kai hor funn, some wonderful assorted loh bak, some tasty oh chien, steamed la la clams and sotong, and steamed ikan kembung. It was a definite pig-out session!

Nearby the Ming Tien food court, just opposite the Fatty Crab restaurant is a vendor selling durians and other local fruits from his truck bed. Of course, we can get durians as well in Sarawak, but they’re not available year-round like they are on the Peninsula. Being durian-crazy, we could not pass up the chance to take some home with us. The vendor opened each fruit up for us to try before we brought them home.

Fresh Durians for 14 Ringgit per Kilo 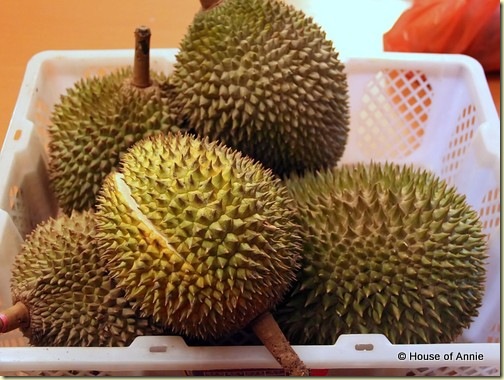 These durians were a bit on the watery side, but had very sweet flesh and not so much stringy fiber. The cool thing is, these durians didn’t smell offensive to me. I don’t know whether it’s because I’ve gotten used to the smell, this variety of durian had the smell bred out of them, or something else. Could be a combination of reasons. But I’m beginning to think that durians have been getting a bad rap all this time.

There’s half a week’s worth of eating yet to blog about, which will have to wait until after we get back. So stay tuned!

What foods do you crave when traveling? Leave us a comment and tell us about it!

5 thoughts on “Eating Halfway Through KL”