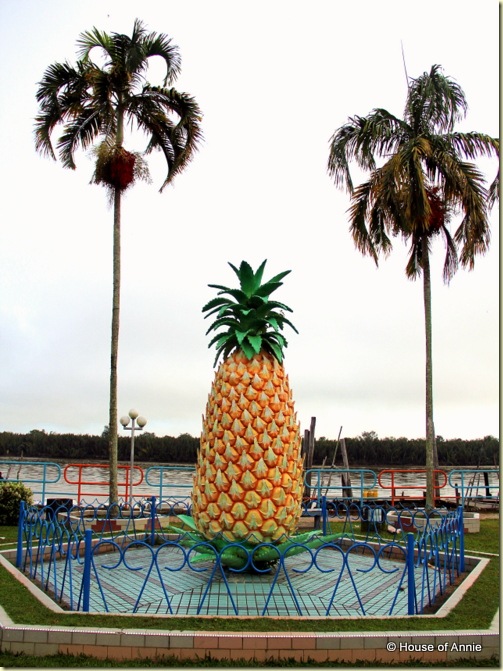 Many cities and towns in Sarawak have a large statue of something that that place is famous for. In Serian, it’s the durian. In Sarikei, it’s the pineapple.

Can you guess what Kuching’s statue is? Leave a comment!

We spent a few days over this past Gawai Dayak holidays with our friends in their hometown of Sarikei. Getting there was quite a journey, but that doesn’t compare to the experiences we had in and around this town on the central coast of Sarawak. Here are some of the things I captured on my camera from around Sarikei. 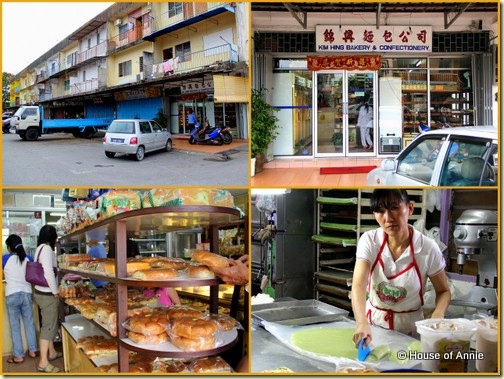 The first place we stopped at when we arrived in Sarikei was the Kim Hing Bakery. I had no idea at the time what we were doing here, since the shop looked like any other bakery on the inside. Our friend wanted to pick up some fresh muar chee and as luck would have it, the bakery had just finished steaming up a batch. I was able to take a picture inside the working area of them cutting the muar chee into sections.

We had some of this muar chee at dinner that night. It was so excellent, we ended up bringing back several more packs home with us. 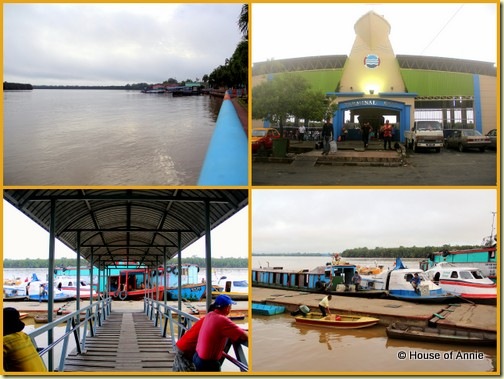 Sarikei is located at the mouth of the Rajang River near where it empties into the South China Sea. There is a lot of traffic plying the waters between Sarikei and all the towns upriver like Sibu. The Sarikei Terminal is a place where travelers can buy tickets to catch a boat upriver. There’s a food stall there and tables where you can have a drink and people-watch. 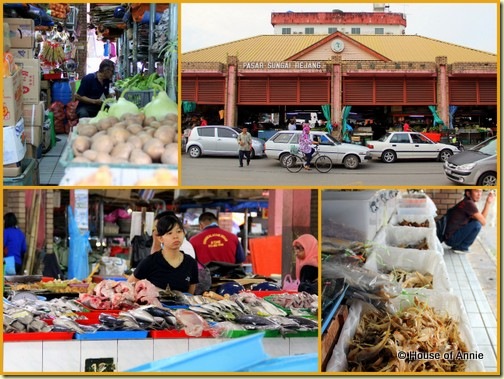 Directly across from the Sarikei Terminal is the Pasar Sungai Rejang Market. It is a small, cramped wet market featuring fresh produce, meats, fish, and dried goods. But it’s nowhere near as exciting as the Sibu Central Market. Not a really happening place.

Due to its vast amounts of land and water in the region, Sarikei attracts a lot of swiftlets – the birds who build those edible bird’s nests that Chinese people love to eat. There apparently is a huge market for Sarikei bird’s nests, and many folks around here are involved in the bird nest harvesting industry. Almost everywhere you look, there is a swiftlet hotel set up to attract these lucrative birds.

Even in the center of Sarikei town, you will find shoplots whose top floors have been converted into swiftlet hotels. Just listen for the distinctive chirps of the swiftlet mating calls being broadcast from speakers set on the roofs. Look up, and you will see hundreds of these birds circling around their hotel. Around 6:45 in the evening, you’ll see a huge amount of flying traffic as these birds return to roost. 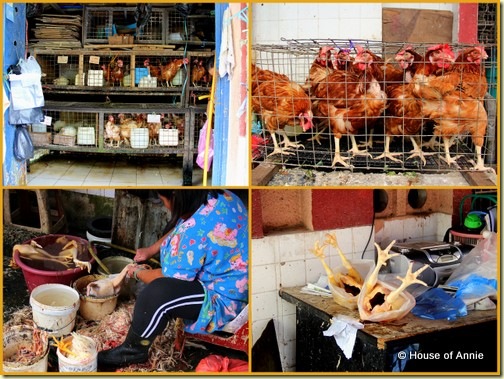 At the far end of Jalan Nyelong just across from the river there is a small clutch of shoplots housing live chickens for slaughter. I hadn’t expected to run across something like this, but figured it would be too much of a teaching experience for my kids to pass up. We didn’t get to see them actually slitting the chicken’s throat, but they did see a dying chicken kicking in a bucket (lower left picture) and watched as the woman de-feathered another bird.

The scene is a bit gory, with frightened birds, blood, guts, and feathers everywhere. Fortunately, my kids weren’t at all grossed out by it. Your mileage may vary. 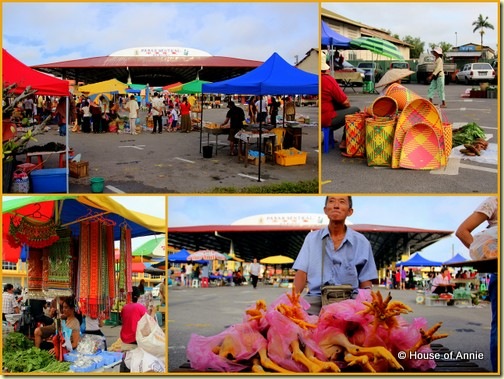 Just across the street from the chicken slaughter houses is Pasar Sentral Sarikei. It’s a big, open market where vendors can set up stalls to sell their wares. It’s mostly produce and fish, but there are others selling woven baskets and even traditional Iban costumes. I found a man there selling freshly slaughtered Sarikei chickens (the free range ones, not those caged birds from across the street).

I also made the acquaintance of a very friendly man who spoke English with me. He had been working overseas and came back to his hometown of Sarikei to retire. But as it turns out, people don’t stop working when they retire in Sarikei – they just do different things. This man happened to be involved with many businesses like palm plantations, logging, restaurateur, property development, and even owning parts of shopping malls. Quite the entrepreneur!

There weren’t that many vendors set up at Pasar Sentral when I went. Compared to the Satok Sunday Market in Kuching, this is nothing to shout about. I wonder if it was because most of the vendors were still back in their kampungs for the Gawai holidays. A lot of the stuff that we brought back from Sarikei came from this Chinese Medicine Store, Kiong Ann Tong, located down this little alley near the bus terminal. The shop sells Western medicines as well as Chinese medicines (both traditional herbs and modern pills and elixirs).

They also sell lots of goods imported from China such as dried mushrooms, seaweed, goji berries and Chinese red dates. But for some reason, the red dates we’ve found in Sarikei are the biggest and best tasting dates we’ve ever had. I do recommend picking up some if you go to Sarikei. Make our Pork and Daikon Soup with Red Dates recipe with them.

More from Around Town 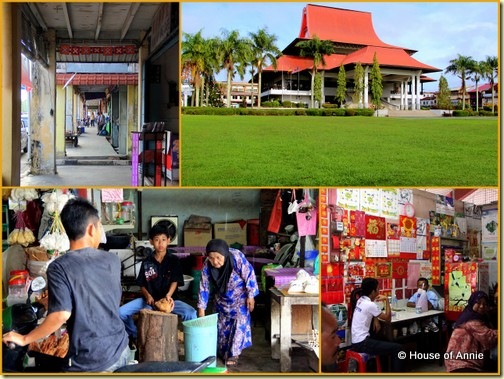 I found all of these sites from walking around Sarikei town for just a couple of hours each morning.  Sarikei is small enough that you can walk most of it without trouble (just watch out for cars). The people are friendly, and if you get hungry, just look for a crowded coffee shop or restaurant – there’s bound to be one within a block’s walk – and order what everyone else is getting.

There’s one more place in town (surprisingly) that I want to talk about. It’s related to what’s in the mystery box that we brought back with us. All will be revealed in the next post!