Meet the Ben, the Single Guy, our Top Commenter for the month of August. To thank Ben for being the top commenter, I want to showcase his site and ask him a few questions to introduce himself to you. 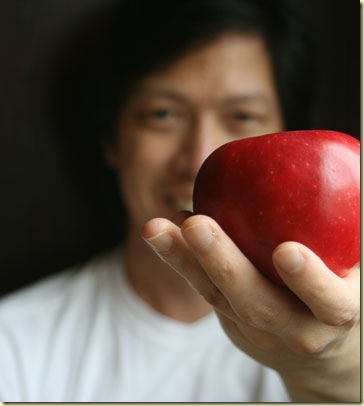 I first noticed Ben’s site because he was a commenter on mutual friend Carolyn Jung (the Food Gal)’s site. His was one of the few blogs I’d run into that was talking about eateries in the East Bay (Oakland, Berkeley) as well as San Francisco. I found out that we had something in common – we were both Hawaiian-born Chinese who had transplanted to the Bay Area. So we began commenting on each other’s sites.

Last year we had the pleasure of meeting up with him at a dinner at Carolyn’s house. Ben has a great sense of humor – just read all his snarky recaps of reality food tv shows like Top Chef. He’s a prolific blogger – keeping to a posting schedule that resulted in an amazing 1,000 posts in a little over 3 years – but his content is consistently high quality. In addition, he is a prolific commenter…which is why he’s the top commenter on the House of Annie this month!

HA: What school you went?

TSG: McKinley High School, one of the oldest public high schools in Honolulu. There were 1,000-plus students in my graduating class.

HA: Tell us what your blog is about. What does it mean to you?

TSG: It started out as a blog for single people to help them get dinner on the table fast and easy. But it has turned into my discovery of food, which makes it even more personal.

HA: What’s your favorite place in the East Bay for noodles (any kind)?

TSG: Oh, you had to restrict it to the East Bay! Tough call because it’s harder for me to get around trying places on the East Bay without a car, compared to maybe San Francisco where I can just catch a bus somewhere. But in the East Bay if I’m looking for noodles, it’s usually Vietnamese pho and my favorite place is Binh Minh Quan. It’s not so much the noodles but the clean broth and fresh ingredients. It makes me happy every time I get a bowl. That’s right, it’s magic noodles!

HA: Any new favorite recipes that you’ve made recently?

TSG: I haven’t made that many new recipes lately, just making old favorites. But my most recent recipe was pretty outstanding, which was spicy pork with Chinese okra. It was something I just put together, just thinking what would make it taste good and it worked out on the first try. I love it when that happens because then I don’t have to do it again.

HA: Any travel plans? Can we look forward to more travel eating in the
near future?

TSG: I so miss traveling, which I try to do every year. But this year is the year of my kitchen renovations, so I’ve put off major travel until I can save up enough to renovate my kitchen. I hope to get that done in the next two months, and if there’s any money left, I’m hoping I can travel. My next dream spot would be Melbourne, but your posts recently have made me focus my attention on Japan, which I have never been to.

HA: Are you still the Single Guy? Why aren’t you dating?

TSG: Wow, treading on dangerous grounds there. The last time this topic came up I stormed out of the interview. But then again, that was with myself. 😛 [[http://singleguychef.blogspot.com/2009/10/my-1000th-post-but-really-whos-counting.html]]
But to answer your question, yes, I am still single. And yes, I am currently dating someone special. But technically I’m still single so I don’t have to change my blog name just yet.

HA: Thanks for being a great sport, and for answering our questions!

Want to be featured this month as our September Top Commenter? Start commenting today!