I can’t believe it’s been 9 months since we left Sarawak to return to the States! While we are settling in to our new home, we still keep in touch with our old friends from Kuching, through Facebook, email and WhatsApp. They’re always sending pictures of the yummy Sarawakian food that they’re eating, like Sarawak laksa and kampua mee. The good thing about dishes like these, though, is that we can make them at home, as the ingredients are not impossible to get.

One thing we cannot get, though, is dabai. Dabai, also known as “Sibu olive” (though it is not a true olive but a completely different species, Canarium odontophyllum), is grown only in Sarawak, generally in the central part of Sarawak around the town of Sibu. Over the years that we lived in Sarawak, we grew to love eating dabai. It’s one of the foods I really miss. 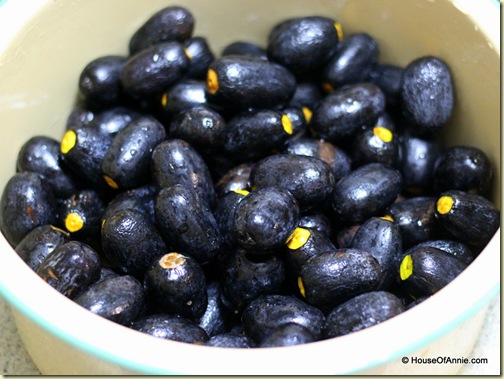 We first encountered dabai at the Serian market, and first tasted it at the Satok market. Whenever dabai came in season, we would buy the freshest dabai available, sometimes from friends of coworkers who had dabai orchards. We were always excited when we had a kilo of fresh dabai to bring home!

Most of the time, we would eat the dabai straight, by washing them, steeping them in barely boiling hot water until they soften, then drizzling on some dark soy sauce and sugar. The flesh is as creamy as an avocado, but the taste is unique with a slight tanginess. Mingled with the delicious dark soy flavors, dabai makes quite an enjoyable and filling snack. 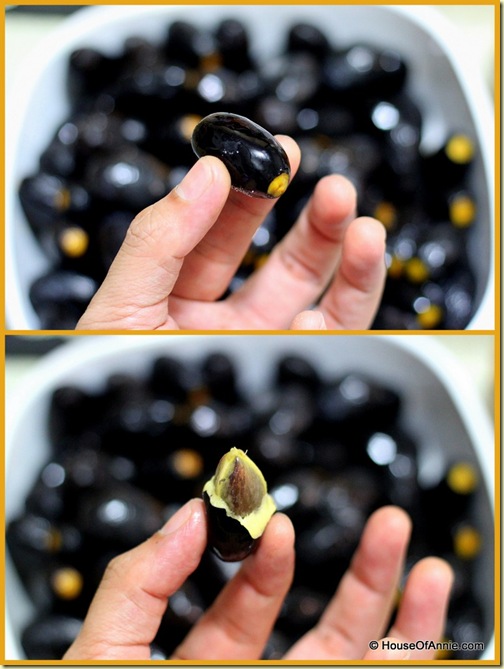 You can cook with dabai, usually by making dabai fried rice. When we made dabai fried rice at home in Kuching, we used a bottled dabai paste from Sibu that we had found on sale at the Rainforest World Music Festival. Once that bottle was finished, though, we had to learn how to make our own.

Fortunately, one of Annie’s coworkers was from Sibu, and she brought back some wonderful dabai from home. We asked her to show us how to cook dabai paste, so she came over to our house to do the demonstration. Everything was done by eyeball, nose, and tongue, just like her parents taught her.

First, you need to cook up some dabai and remove the seed. Next, heat up some oil in a wok. When the oil is hot enough, add the dabai flesh. 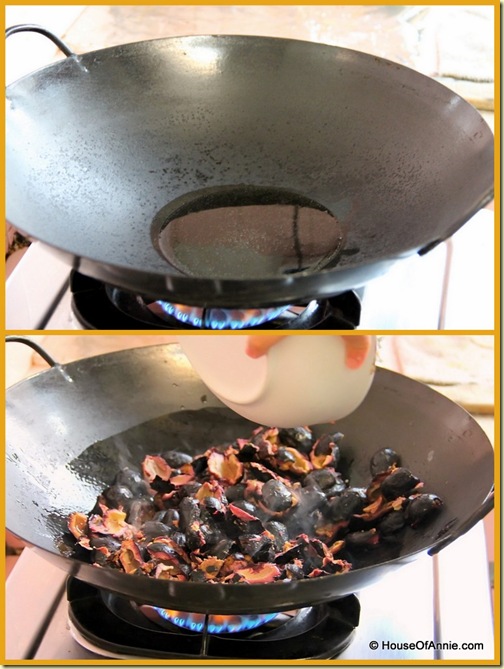 Lower the flame and begin to smash down the dabai flesh as it cooks. Add more oil as needed to keep the mashed dabai from burning and sticking to the wok.

Smashing the Dabai into Paste 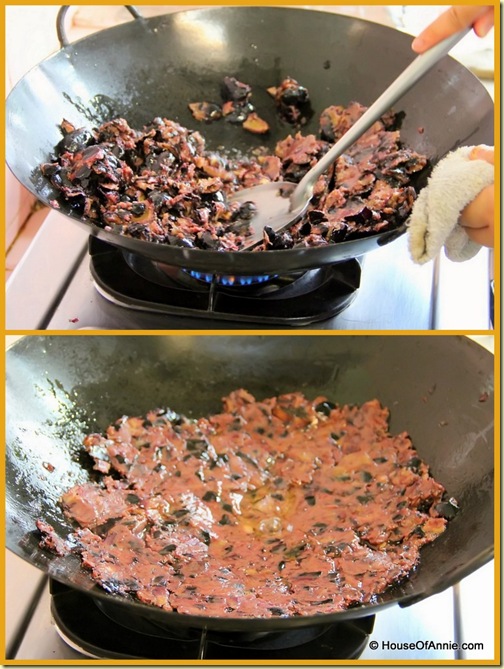 Continuously smash and turn the dabai mash until it becomes a chunky paste and takes on a deep red color and the aroma of the dabai is released. Season with salt and a bit of dark soy sauce to taste.

Seasoning and Finishing the Dabai Paste 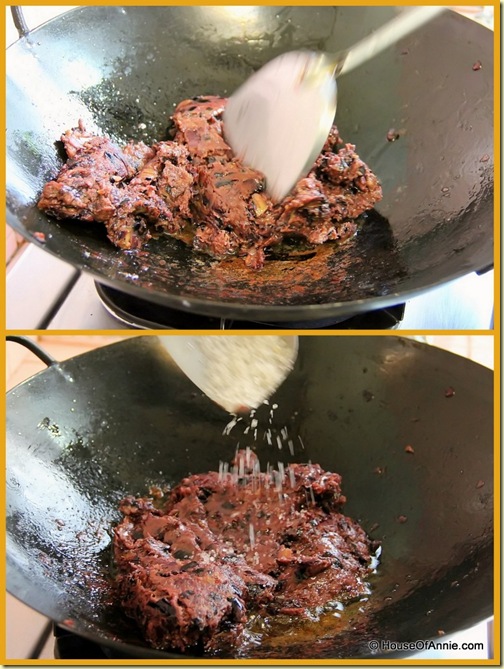 Once you’ve got it to the taste you prefer, cook for another five minutes, then remove. You can pack the dabai paste away in a jar to use later – it will keep in the fridge for weeks. Reserve the leftover oil – Whatever you fry it with will take on some of the dabai flavors. 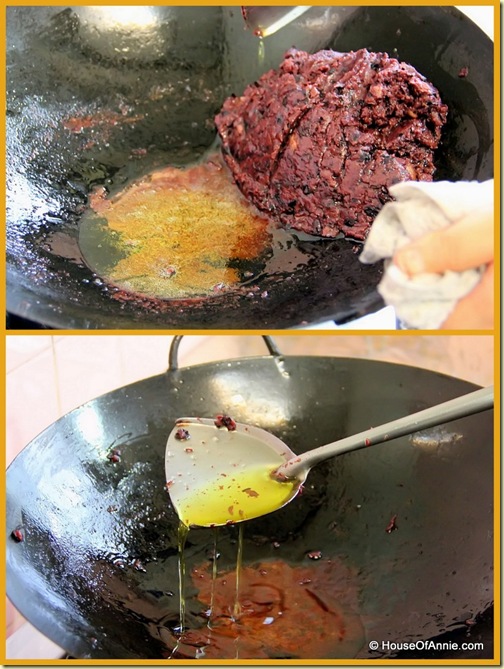 I am entering this post in the Malaysia Day roundup, hosted by our friend PS from Babe in the City KL. Malaysia Day, the 16th of September, is the birthday of modern Malaysia, when the four countries of Malaya (Peninsular Malaysia), Singapore, Sarawak and Sabah joined together in one Federation. 2013 is the 50th birthday of the Malaysian Federation, and I think it is wonderful that the theme of this roundup focuses on the food treasures of Sarawak and Sabah.

Do check back on Babe’s blog on Malaysia Day to see all the wonderful dishes of Malaysian Borneo that will be submitted!