We eat fugu (pufferfish / blowfish) sushi in Japan and live to tell about it. 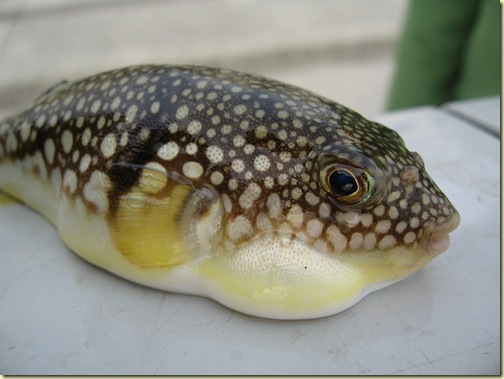 Ever since we first started talking about this Japan trip, we wanted to go see the Tsukiji Fish Market, the largest fish market in the world. We love good sushi, and it can’t get any better than eating it right at Tsukiji. Annie actually did go and have sushi at Tsukiji one day, but I was at work and couldn’t join her. So we made plans to go to Tsukiji at night after work.

Unfortunately, the plans fell through and we ended up having an awesome kaiseki dinner in Aoyama that night instead. In the meantime, our friend Akiko, who had guided us to a great meal at Za-Watani Izakaya, suggested that we not go to Tsukiji at night. She recommended going to a restaurant closer to us and put our money into sushi rather than train tickets. Brilliant!

She even found us a sushi restaurant that advertised their fish as being from Tsukiji Market: Asahisushi, located on the 9th floor of the Odakyu Department Store, right above Machida Station. Annie was spending the day in Tokyo with her good friend Yuko, so we decided to meet at Machida Station after work and then go up for dinner.

Many restaurants in Japan have a display case filled with realistic, plastic mock-ups of the various dishes they had for sale. It makes it easier to decide what you want before going in. We were fortunate to have Yuko with us, so she could read and translate the signs for us. One of the offers was a fugu (pufferfish) sampler set.

Fugu can be deadly to eat – the liver is filled with poisonous tetrodotoxin. In the past, people who ate incorrectly prepared fugu have died. That’s why eating fugu was once considered “Japanese Roulette”.

But nowadays, there is strict regulation and testing for anyone licensed to prepare fugu. Fugu poisoning still happens, but hardly anyone dies. Since fugu is pretty safe to eat, I decided I would order it and see what the fuss was all about. We entered the restaurant, but bypassed the sushi bar and were seated in a corner table. 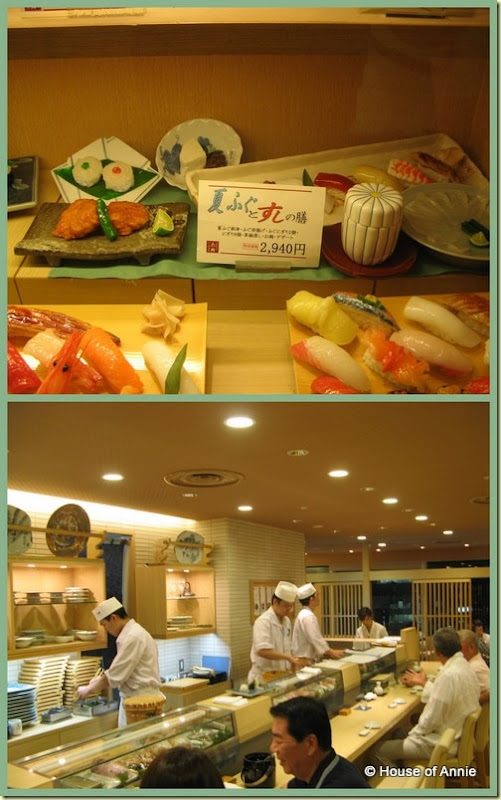 Since I ordered the fugu set, Annie was free to order her own sushi set. Her platter came with tuna, sea urchin, salmon roe, mackerel, freshwater shrimp, clam, abalone, halibut, squid, and a huge piece of broiled eel. We also ordered a couple of side dishes of sanma (pike mackerel). Boy was that sanma enjoyable! Melt-in-your-mouth good!

Sushi Platter and Sanma from Asahisushi 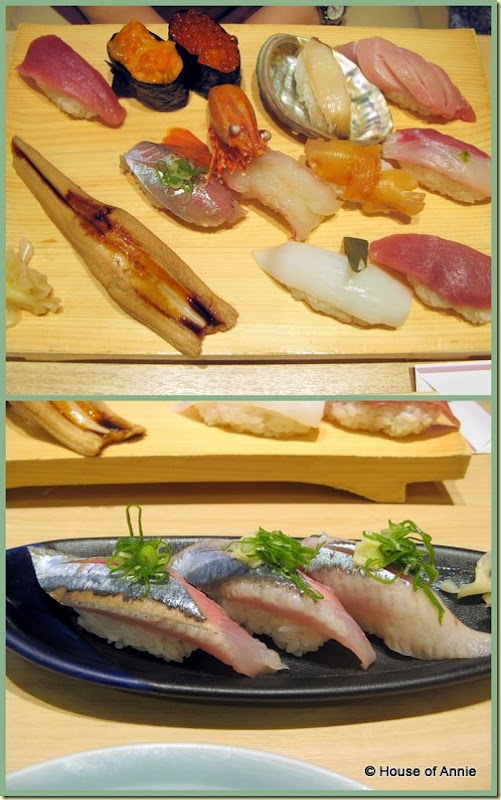 My fugu came served in 3 different styles: sashimi, deep fried kara-age, and as sushi (not seen). The sashimi slices were very thin – almost translucent. The meat, however, was crunchy-tough. And not that flavorful either. The kara-age actually had the taste and texture of fried chicken. I kid you not!

The most surprising thing was the pimiento de padron that came with the kara-age. I had them at the previous two dinners, but managed to avoid getting the hot pepper. This time around, I got it. Trigger some frantic sushi eating and water gulping to quench the fire! 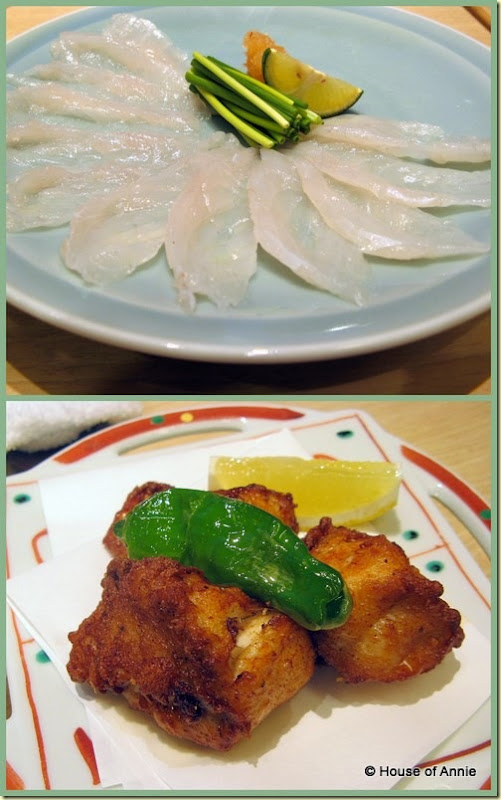 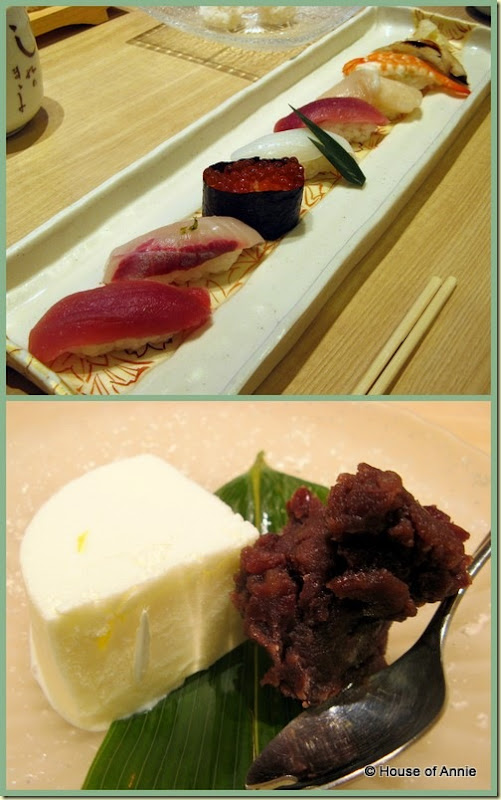 All in all, I’d say it was a good sushi meal. Certainly better than anything we can get here in Kuching. Nowhere as good as Sakae Sushi in Burlingame or even Sushi-Man in San Francisco, but then we paid more than USD $100 per person at those top-notch places. This meal at Asahisushi was quite affordable for the quality of the fish (especially the sanma), about USD $35 per person.

And the fugu? I’d say from what I tasted, it’s not all that it’s puffed up to be.

Have you eaten fugu? What do you think about it? Leave us a comment!